Interstellaria takes inspiration from a lot of source. Starflight, FTL, megaman, metroid... but one of the sources we don't really talk about is THE SIMS! We've added the ability to customize your ship to look the way you'd like!

YOU CAN NOW CUSTOMIZE YOUR SPACESHIP!

Currently my plan is to build a playable demo as quickly as possible - so in order to do that I had to work extra hard to implement a few features. Namely the ability to install the guns and stations of your ships - and then from there have it draw from your power.

Its important that the placement of guns and stations give the game that "sims" feel. It's undecided on if there will be bonuses for placing your stations certain places or near other stations. We really want to avoid "cookie cutter" builds. Do know that you're going to really want to avoid placing too many stations in one spot. If you get a hull leak in that room you'll lose access to most of your ships functions!

Right now the game only has a handful of stations to install: 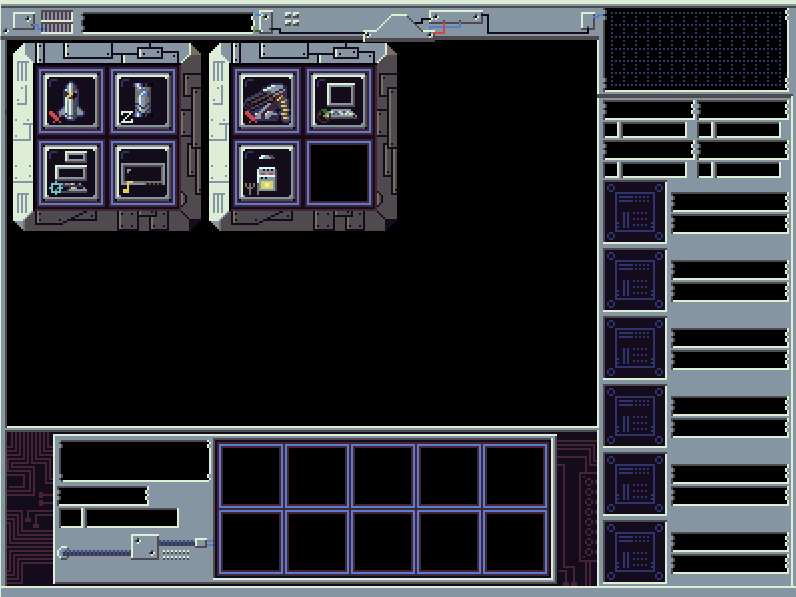 As the game continues there will be several variations of stations with different strengths. An example would be a scanner station that was old and broken down (very slow scan speeds) and a bright shiny new scanner (very fast scan speeds). There will also be cosmetic installs like background items/effects. An example is propaganda posters:

Here it is all in action:

Awesome, that's something I miss in other space games!

Maybe this has been answered in other news posts, but with these weapon modules and such, is there a plan to have them change the graphics of the ship? With a side view it is a little hard to see things like armor plates, but if you install a new engine will it change the look of the engine, with a new gun will it add a gun to the top, missiles a missile rack etc.

Believe me I know what that can mean in terms of art assets, so certainly not a soon thing. Was just curious if that is an eventual goal.

The engine and hull of the ship is set - however you are allowed to buy and sell your ships at will in the game :) I plan to make many unique hulls!