The latest release of Intelligent Design introduces a new landscape to try and colonize. 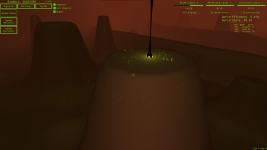 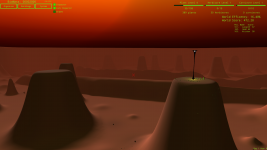 The latest update for Intelligent Design is now available to download. This is quite a significant update with some under the hood improvements as well as a big new feature. Under the hood I have started improving the controls, this is something I will be spending a lot more time on in the near future. In addition to this I've improved the visuals subtly, firstly by fixing a nagging shadow bug I've had since launch and second by improving the drone's spot light. The plant growth behavior has also seen a change, the growth rate now depends on how much food the plant currently has. This not only adds visual variety but also gives some visual clues into the underling model. 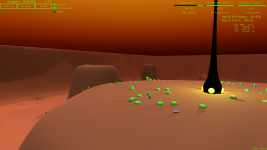 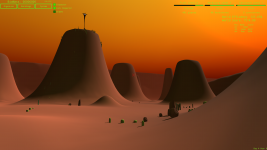 As well as the under the hood changes I'm excited to introduce a new, much larger, map for you to play with. In the main menu pick the middle cubicle and start a new game. You will launch into the new landscape. The screenshots in this post are from this new map, I'm quite pleased how it has turned out. I will be designing a third map, if anyone has any ideas for how to design this then let me know in the comments along with any other feedback. 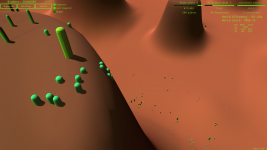 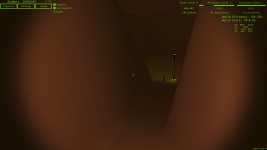 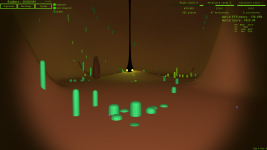