*The graphics have been improved. 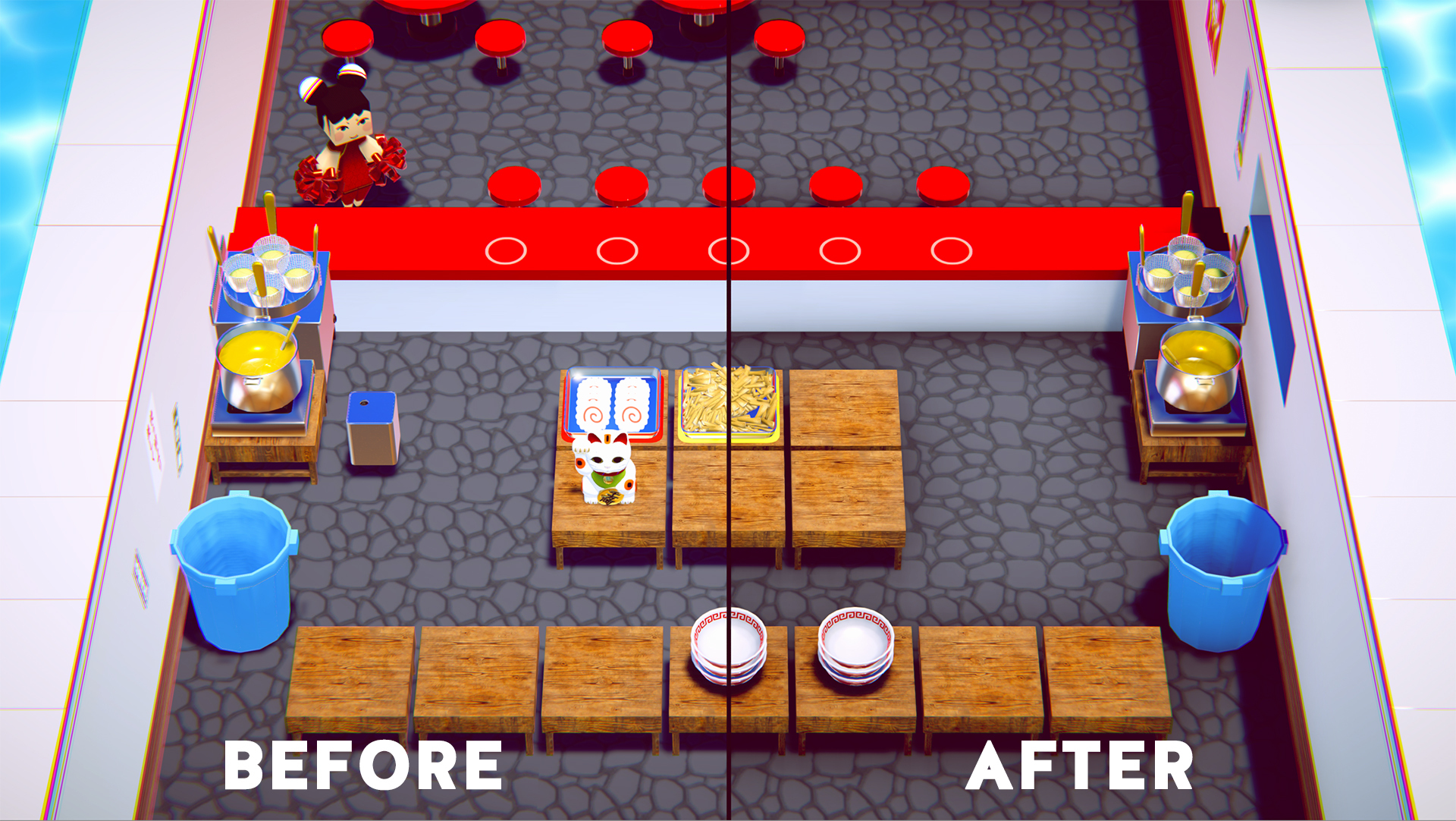 *Can throw a plate on the work table and put it there.

*Made it easy to put things on the work table.

*Made the speed of the object thrown a little faster.

*The gluttonous man began to grow in size according to his satisfaction.

*The range of influence of meteorites has been made easier to understand.

*Improved the voice reading of character names when selecting a player character.

*Added a effect where the character returns to his original state after falling into the water, for example.

*The difficulty level of World 2 has been eased a little.

*The difficulty level of World 4 has been eased.

*Made it easier to grab things.

[Fixes]
*Fixed an issue where items held in the hand would not disappear under certain conditions.

*Fixed a problem where plates could not be placed on the work desk under certain conditions.

*Fixed an issue where some achivement could not be unlocked.
⇒ Can unlock the game by playing again and reaching the result screen. It is not necessary to meet the conditions for the cancellation of the performance.