The Iberian Peninsula is the second largest European peninsula by area ...

The Iberian Peninsula is the second largest European peninsula by area; with an estimated 53 million residents, the demand for electricity is more than ever before. So what are Spain and Portugal doing to make sure that there is enough energy for everyone? One of the many ways they are achieving this is by using modern energy sources instead of using traditional ones such as coal to generate electricity. 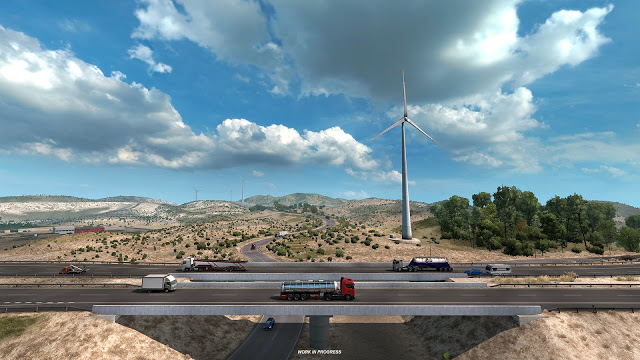 One of the more popular modern energy sources are solar panels, which uses the sun's energy (which Iberia has plenty of) as way of creating electricity. Today, solar panels have become common place across a lot of towns and cities, but are most effective when large amounts of them are used together on a solar farm. These areas covered by thousands of solar panels provide a sizeable chunk of Spain and Portugal electricity. 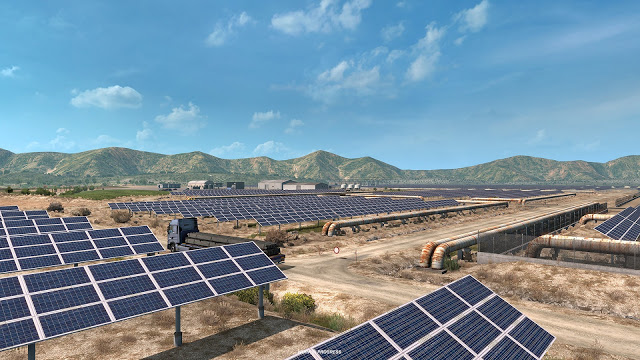 Another source of energy typical for the Iberian Peninsula is from wind captured at turbine farms found on hilltops, in valleys, and even offshore. These powerful wind turbines can produce enough electricity to power around 1,500 homes each! 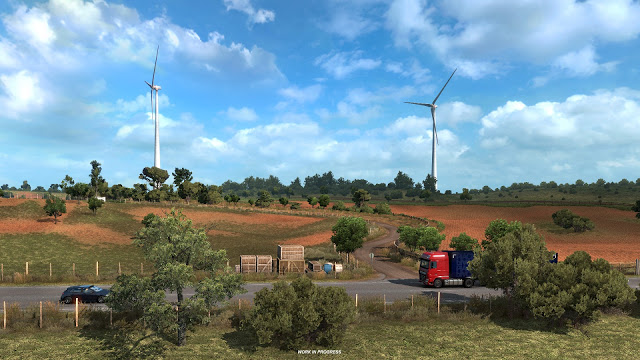 There are of course also other sources generating electricity to meet all of Iberia's demand and we are working hard to represent this important industry in the upcoming Iberia DLC for Euro Truck Simulator 2, which will include new prefabs such as the above mentioned solar power plants found across the peninsula.

If you are a big fan of what you see, please consider adding Iberia to your Steam Wishlist! It really does help us and we thank you for your on-going support. You can also check out our Instagram, Twitter, and Facebook profiles for more exclusive content.