Take cover behind sandbags and shoot at what are most likely Nazis.

Last week it was revealed that HTC would debut its first-ever in-house developed virtual reality game for the Vive at Computex in Taipei. Now, Road To VR has managed to find some off-camera footage of that game in action, and it can be seen above.

The game is called Front Defense, and it’s described as a “World War II Gallery Shooter”. This means that you as the player stay relatively stationary throughout the game – with the exception of your ability to move within the Vive’s room-scale tracking area. You can take cover behind sandbags as you face increasingly more difficult waves of enemies coming at you.

To combat them, you have an array of automatic weapons, such as a Thompson submachine gun. Road To VR also says you’ll occasionally have a hand grenade to lob over the sandbags. The enemy waves culminate in an encounter with an actual tank, which itself is harmed with a heavy machine gun.

There is currently no release date information available for Front Defense, nor any word on whether the version shown at Computex will contain the same amount of content as the full game. We’ll have more information once HTC announces its release plans for the game. 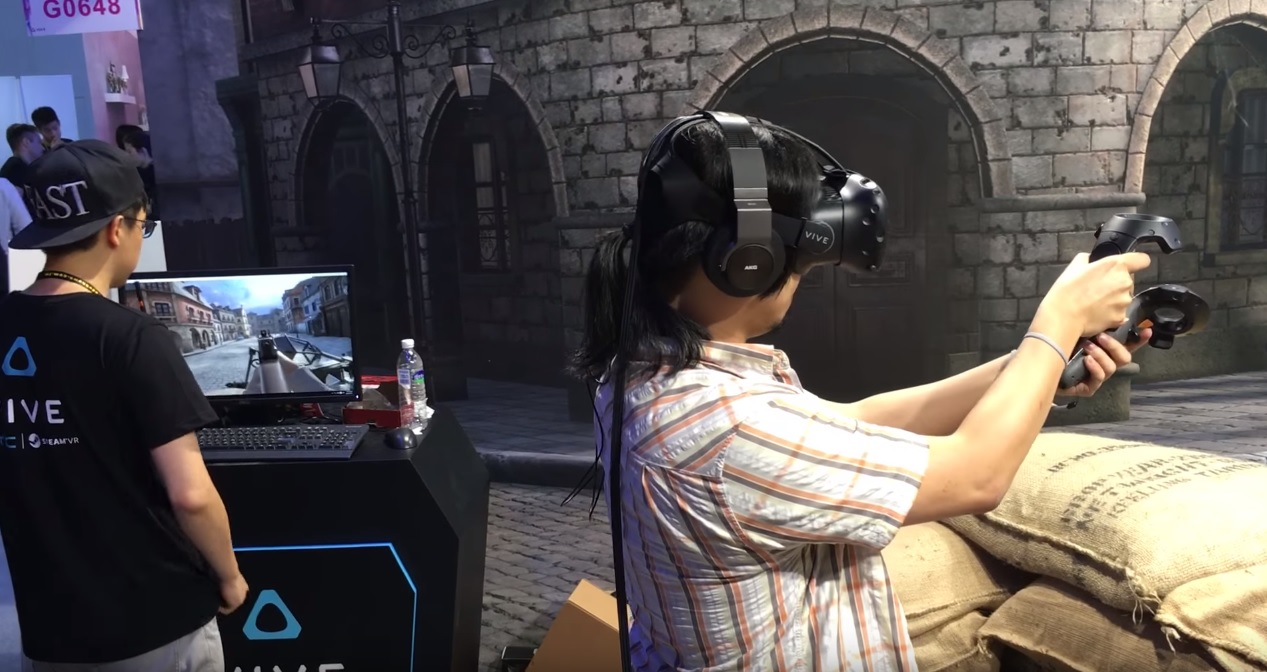