We're back with a few updates, a story, and a mesmerizing scene.

Hey everyone! It's been a while since our last update, and we have no excuse good enough for that. So instead of dwelling on a 6 month development gap, we're going to dive right in to what we're showing off in this update!

In this video you might also have noticed our new "Dark Templars". Dark Templars are the elite warriors that serve the Dread lord Necrovis.

As you can see, we have added a mini map to the game. It's primary function will be to assist the player in identifying threats, and displaying which skills the player currently has activated. In this image the player has two sword skills active. The upper right skill is a double strike attack that deals a moderate amount of damage and has a low recast time. The bottom skill is an elite ability known as "Shifting Blades" which is a skill that allows to player to swing their sword rapidly, while also moving faster and slowing down time. This ability has a much longer recast time, so it is best to use it strategically.

Just in case you're late to the party, be sure to download our demo. Admittedly, it's quite dated now, lacking a significant portion of what the game currently has to offer. Nonetheless, give it a go! 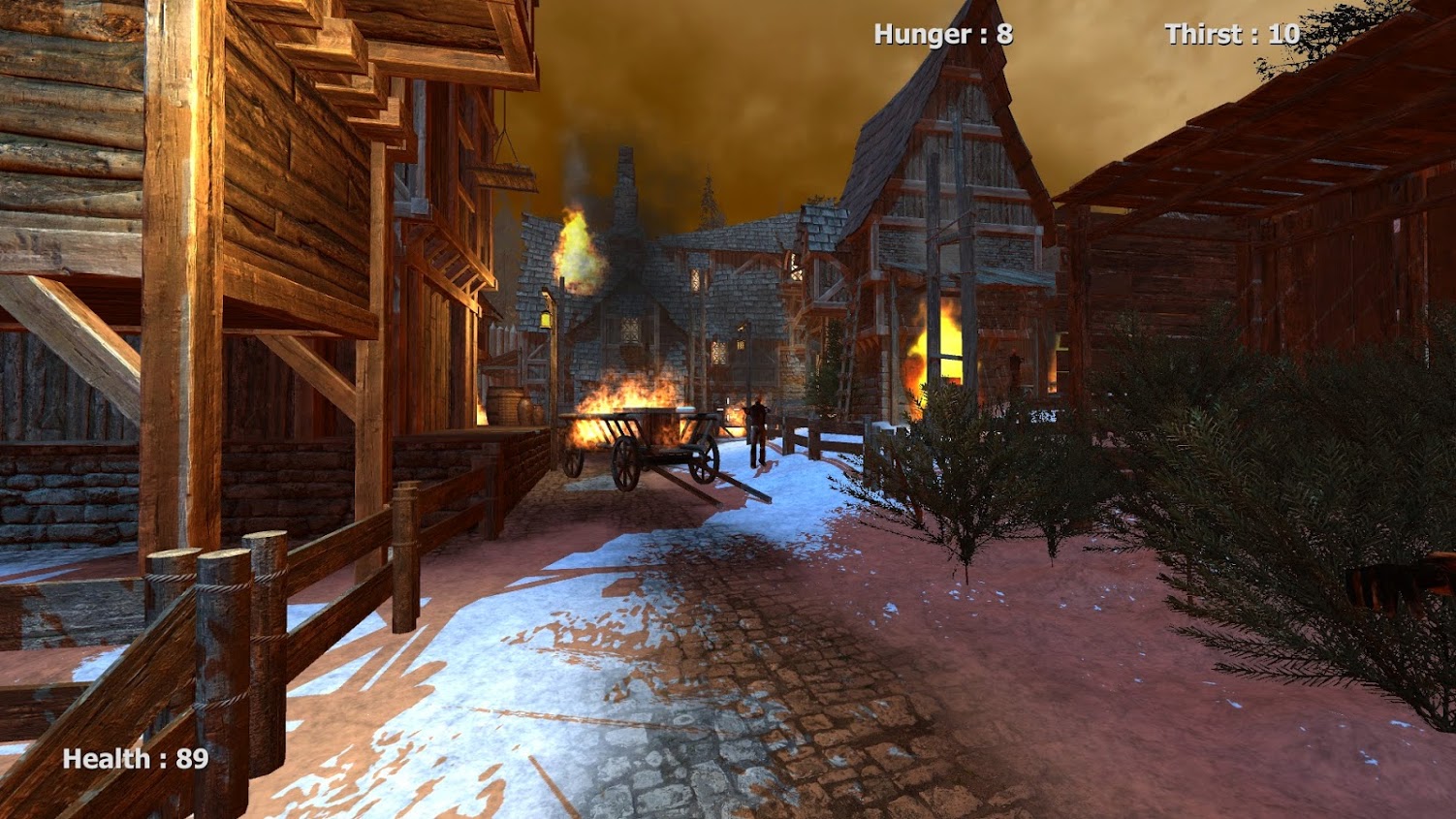 We've also been working on some detailed lore for the game that we will present to you in short stories, one piece at a time. The story will be told from the games main antagonist point of view, years before the events in the game.

The wind howled into the never ending darkness of the night, putting Homar on edge. The violent gusts of wind ripping at his long black hair as he gazed upon the distant holy city of Falathril, he realized the weather hinted at a storm. Falathril would have no fear of such a storm. Its tall white towers standing defiantly amid the gloom and despair of the eternal night that gripped the land, Homar knew a storm would only slow his forces down.

The sound of rustling chain mail and muffled footsteps caused Homar to turn and face the shambling horde of undead behind him. His army. Thousands of decayed flesh walkers making their way through the heavily forested landscape toward the holy city, a tide of darkness ready to sweep away a radiant beacon of light. Homar relished the feeling of dread he felt in the cities occupants as his army drew ever closer. The first stage of his long campaign against the Human race would soon be complete. The thought was exhilarating for Homar. Lost in his musings, he barely noticed the voice when it spoke to him.

"A new name, master. A name befitting the ruler of this dead world." Whispered the ring wrapped firmly around Homars right index finger.

The Grimoire ring… his source of power. His command of the undead relied heavily on his control of it. And now it wished for him to adopt a new name for himself. Homar hesitated for a few moments, his thoughts caught up in the infinite possibilities of this name. But he had chosen. His name would represent his power, and his great betrayal of his own people.

Necrovis, the Lord of Deceit.

The ringed hummed with delight at his chosen name, satisfied with the power and corruption it held. Necrovis looked once again upon the city of Falathril, his red eyes enhanced with the power the ring bestowed upon him. Only this time, the city did not stand defiantly against his horde. This time the city stood ready to be conquered.

A sly grin lightly touched Necrovis's lips as he drank in this unfathomable power that was now his to command. Soon the whole world would be his for the taking. Before he could claim his victory, however, he had to see to the siege of Falathril personally.