Hi folks! Today is a special day, we have some new stuff to show you! Indeed, we would like to share information about Brokku, the planet of the first civilization we are gonna work on: The Tahviins.

Brokku is the home planet of Tahvinns. The planet was 1 year old before the Tahvinns appeared. It is originally believed that Brokku was created by one and unique God they call Vaa Nunn. The earliest known Tahiin life is recorded at -780SVNP(SiVaa Nunn Prrsta)(Before Vaan Nunn Returns). It is known that three other planets predate Brokku without counting what they call "Vaa Nunnsa kuun"(World of Vaa Nunn)

There is only one known continent on Brokku, this one is divided in three: SiVaa for the eastern part, Munnsa for the western and Mahvell the northern part. Between the SiVaa and Munnsa is Kuhnintaa(1) ocean. Most of Tahvinns live in this ocean, Brokku's underwater landscape offering perfect environment for them. Brokku have an impressive panel of climates, SiVaa is full of vegetation, a giant jungle, arid and dry, temperatures varying between 35 and 70°C (95 to 158°F), while Munnsa is terribly cold giant moutain, varying between -80°C and -42°C (-112 to -44°F). Mahvell is rocky and filled with valleys, rock building bridges above the water. The water is particularly cold: 2°C (35°F), but it is not a problem for Tahvinns. SiVaa is thin, more like a big Island, and Munnsa is a huge mountain of snow. The first city is built in the ocean between SiVaa and Munnsa. Brokku is really big, it covers 40x40 miles.

1) (The Deep offering): It is the only ocean of Brokku. Munnsa has a large number of caves in the cold mountain of KiVaa. 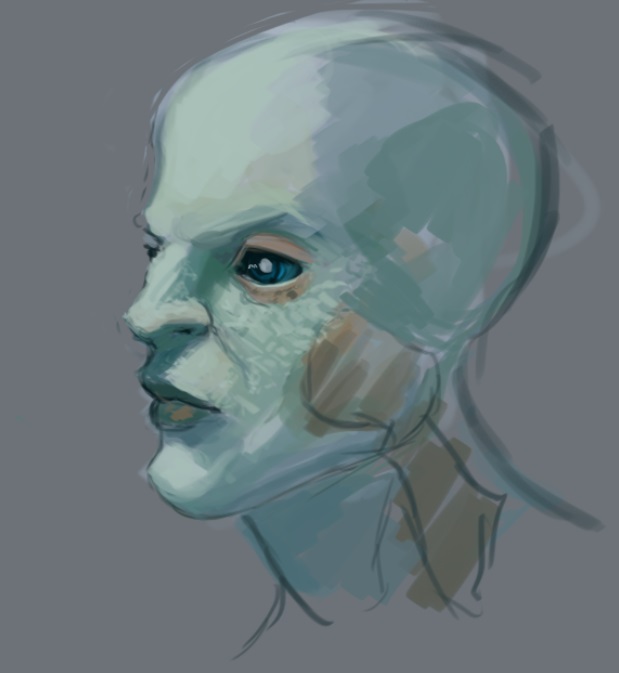 Vaa Nunn, by his hands, drew the landscapes, and the Kuhnintaa. After creating animals, insects and greens, he formed the continent. At the end of his creation, he created the first Tahvinn before going back to his world. And in his generousness, he drew his words on a stone (Tahvinns' Bible), and gave to the first Tahvinn he named Ravinnse the ability to read the stone in order to learn about him and spread his words. Born in the water, Ravinnse survived with the help of god and created life, by his power, from the tree of life .
The players' story begins in -730 as the one of the first Tahviin on Brokku.

Thanks a lot for the support you gave to us, we clearly need the community's help with a project like that. How to bring your help?