Greetings readers! With the start of May it's time to post a little update about the project. Since the previous monthly update there has been lots of new things added and worked on. These update include for example Oculus Rift-support, First Person-mode and a new character class.

Greetings readers! With the start of May it's time to post a little update about the project.

Since the previous monthly update there has been lots of new things added and worked on.

The most important thing that actually happened only few days after the last update was the release of Oculus Rift SDK to public. After that I've been really busy getting Gekkeiju to work with it.

So far the results have been quite good. Gekkeiju supports the Rift's rendering already but some parts need to be worked out and adjusted as soon as I'll get the actual device. Head tracking will also have to wait until then. 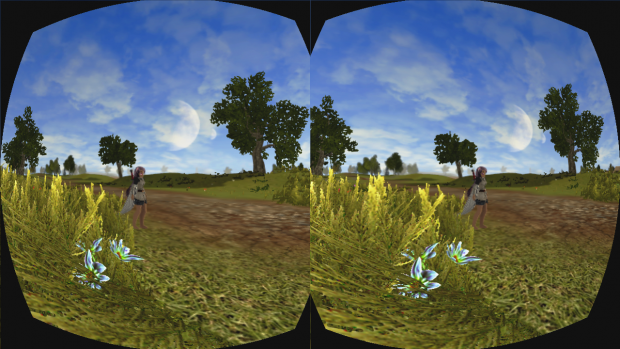 The Rift-mode also includes (at least for now) a "Dive in"-effect similar to those seen in some Virtual Reality-related anime series. The effect can be seen in action in the latest gameplay trailer:

The main problem is that the first person mode uses the same third person models so sometimes the hands and weapons collide with the camera or block the view. 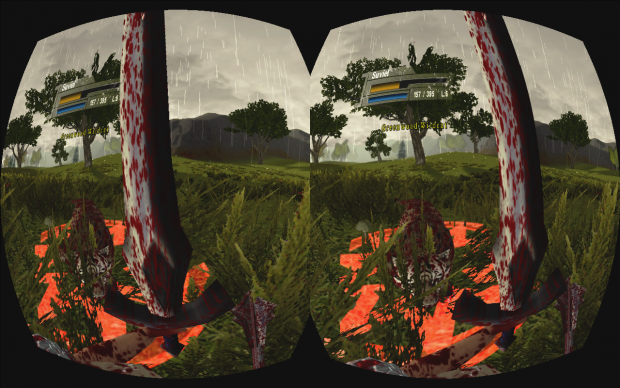 It's been a while since the characters got a new outfit model. This time the addition was a simple long coat. The model is now being used for example with the Imperial Legion-faction's outfit. Another addition was the elven katana which was one of the winners of our past weapon design-competition. 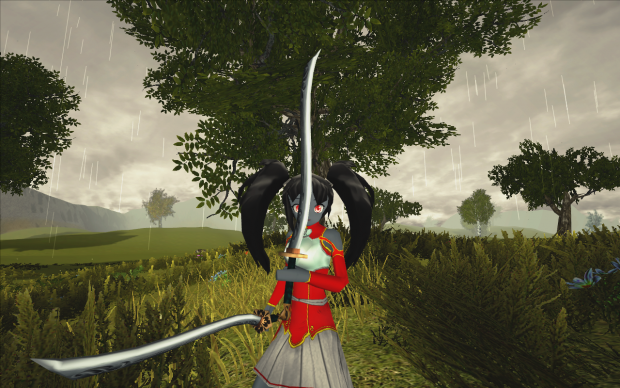 Last but not least was the addition of Ranger character class.

Rangers are a class geared towards dealing massive amounts of ranged damage. The class is able to use all bows and also dual wield swords, daggers and axes.

Rangers have a focus-combo system for combat. This means that by using certain skills the Ranger will gain focus points. As the points increase, more powerful skills become available. The difference to the usual combo-systems is that the points only reset when the Ranger moves around - so not when the combat ends. 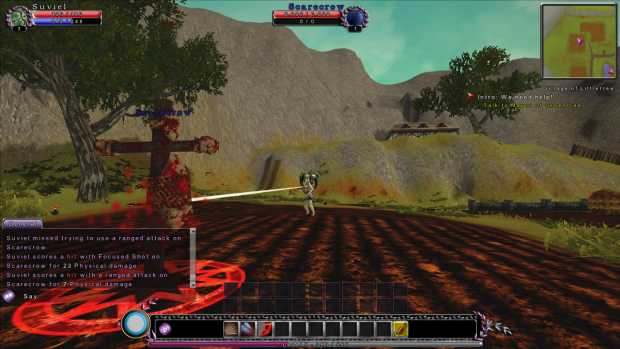 What will be next

With the summer nearing, it'll be likely that the updates won't be as frequent. However, there are still plenty of things on my TODO-list before the next Public Test day (probably in July) can be organized.

The Oculus Rift-mode will be finished as soon as I get my hands on the development kit. However, this may take several more months.

Other required additions include more skills for Ronins and Rangers since both currently have only 3 skills. The plan is that players will be able to learn new skills every 2-3 levels at least until level 40 or 45.

Eventually I'll also need to implement indoor maps for the game. This will require building a new map editor first since the current one only works with outdoors. In the past Gekkeiju has always used bsp maps which contain precalculated lights. However, I'm hoping on building an editor that allows building the indoors from several pieces similar to how, for example, Skyrim works. This would allow better reusability of resources. However, the indoor-support is not the top priority yet and may not be that until some more months.

Thank you for your time and stay tuned for the next updates!

Finally! A game with Oculus support on here! Excited and tracking! I was hoping a bunch of titles built with UDK, and Unity would consider this but its kind of slow to catch on. I can see why Unity can be with the price tag of $1500 for a pro license and that is the only way to get the Oculus working with it, but the UDK users, they have no excuse >:P

Heh :) I guess quite many are waiting to get their dev kits before adding the support.

There's so many settings and options in the SDK that can go wrong without testing so I'm guessing I may end up having to rewrite my code once the device arrives.

Hopefully there'll be more projects once more and more people get their dev kits.