«GEAR GUNS - Tank offensive» This single player project will offer you a spectacular journey through destroyed cities, with epic battles, a gripping storyline and a cool tank, a good mood is guaranteed! No donations, free-to-play, etc. Please join our group to check for updates and help the project with your advice and comments!

In this project, you will be able to:

Alien dreadnoughts, dizzying flights, combat operations with unpredictable outcomes - all this awaits you in the project GEARGUNS - Tank offensive! Please stay tuned and join our group ;)

In the project Gear Guns you are not only able to move on land, but you also can as move in the air firing your favorite weapon at enemies. 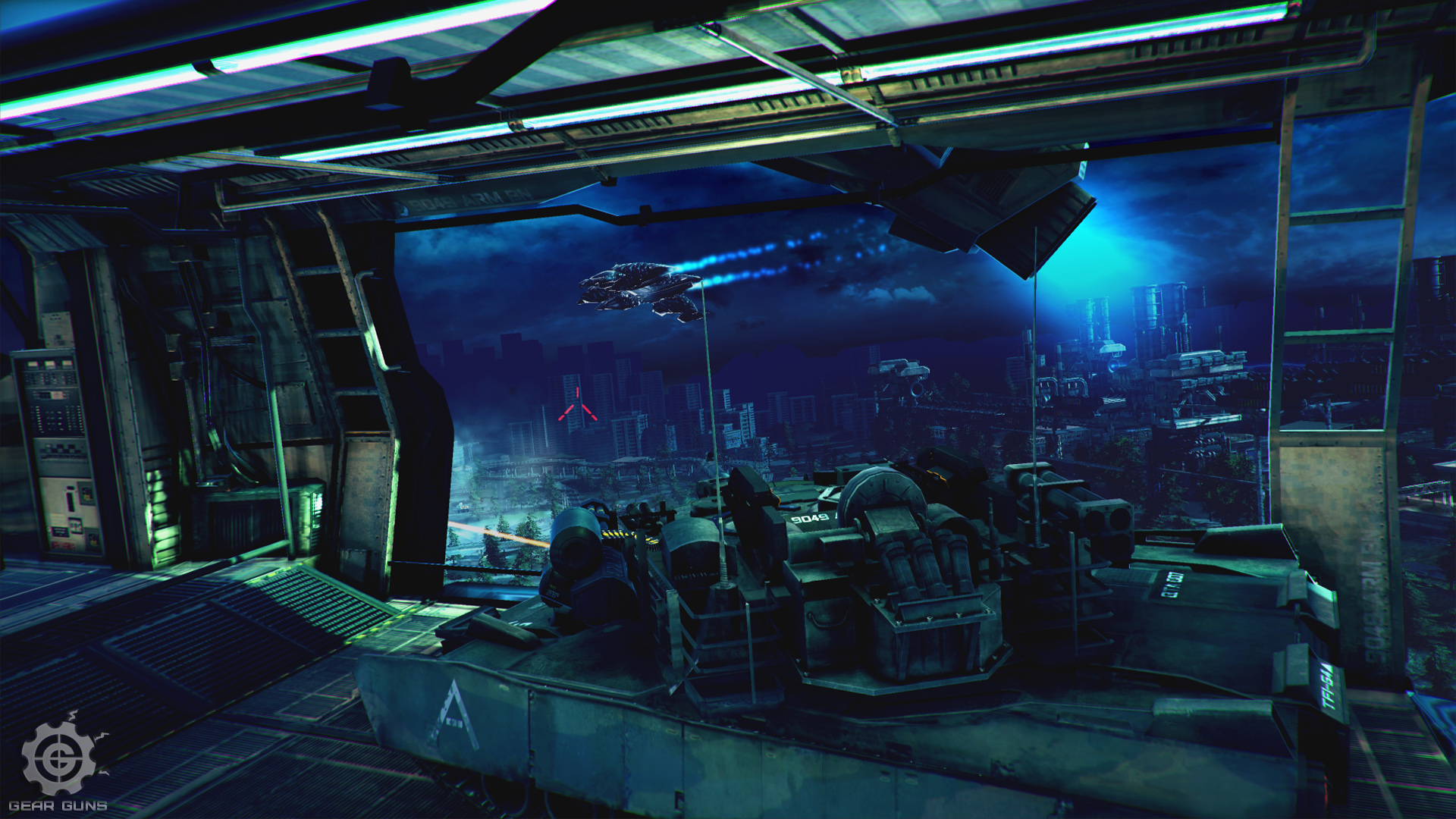 One of the locations is a destroyed warship which was captured by the aliens. 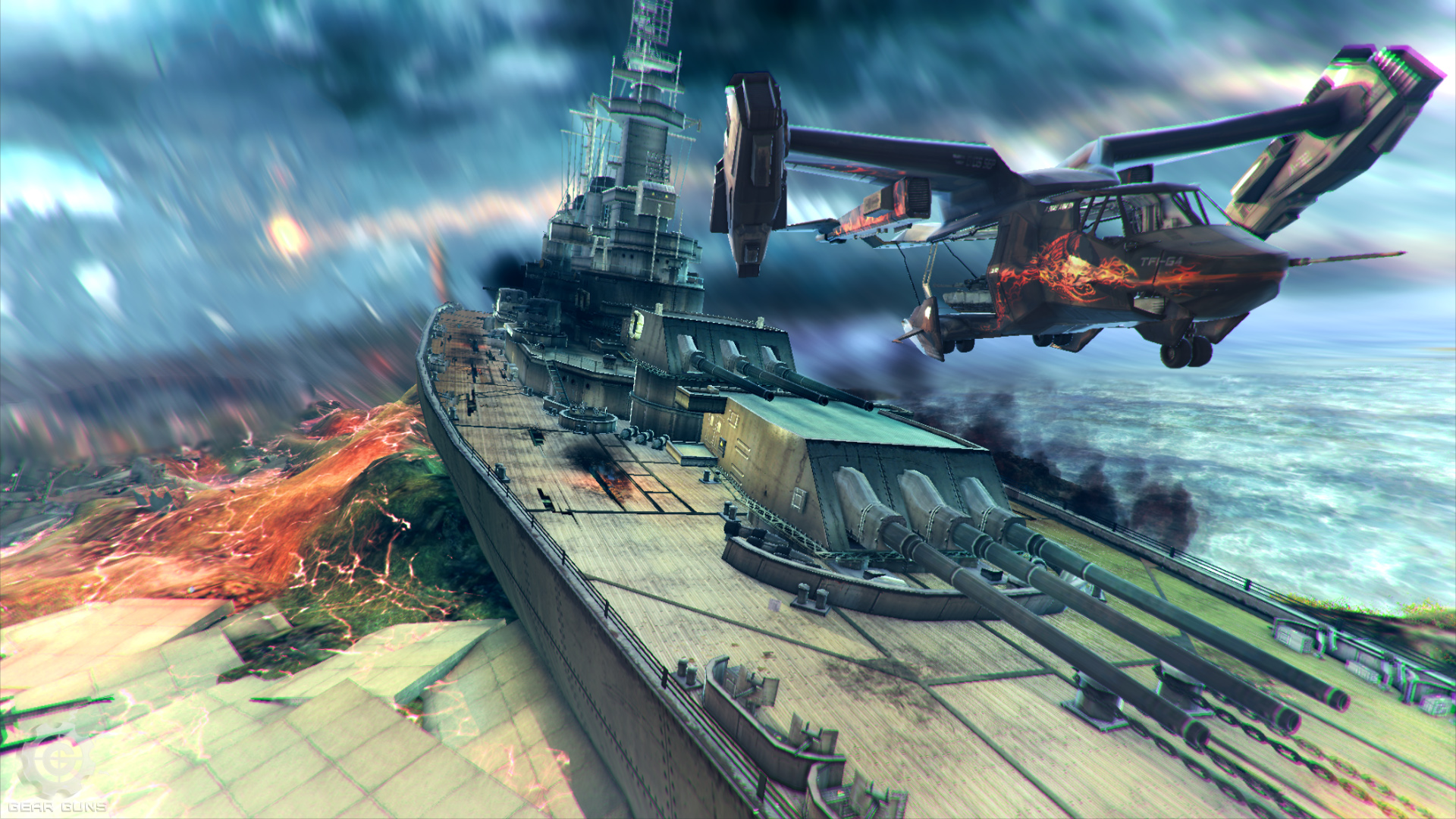 Your squad will have to fight not only on land and in the air, but also under the ground! Use your flamethrower to burn out an alien swarm in an underground cave. 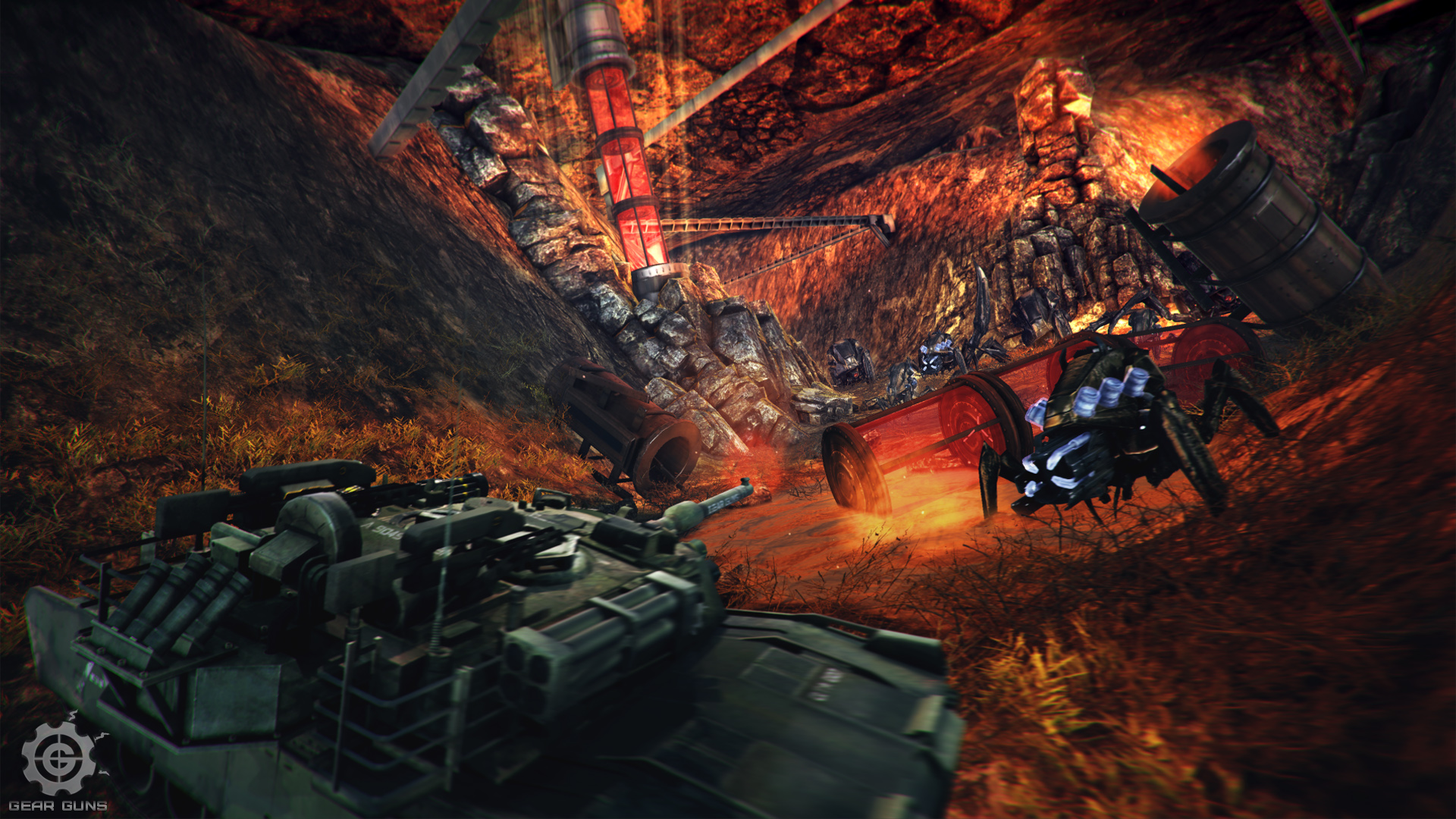 Alien traps are waiting for you at every step! They are particularly dangerous at night, when visibility is deteriorating. 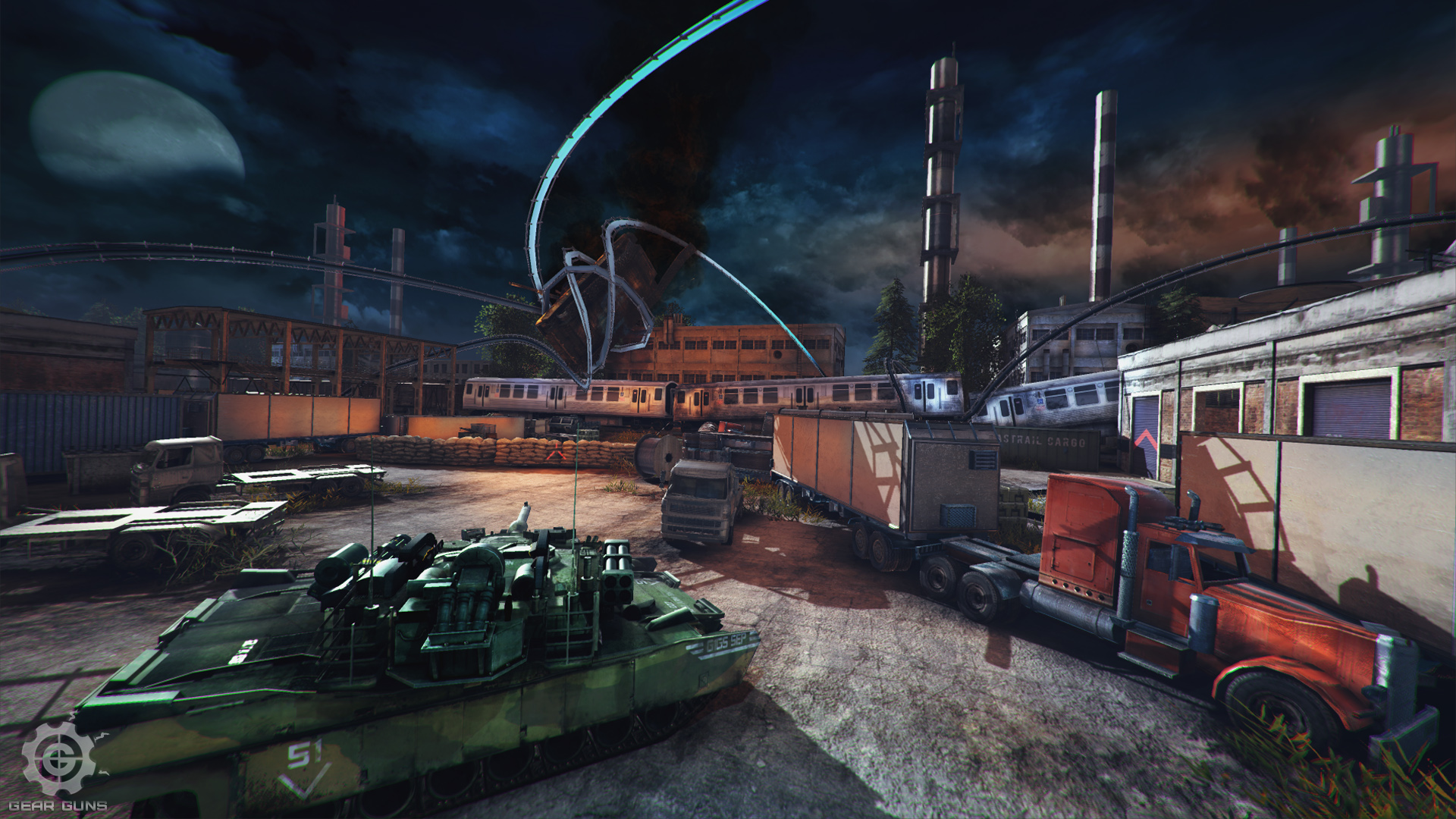 An enemy dreadnought is capturing a military laboratory. 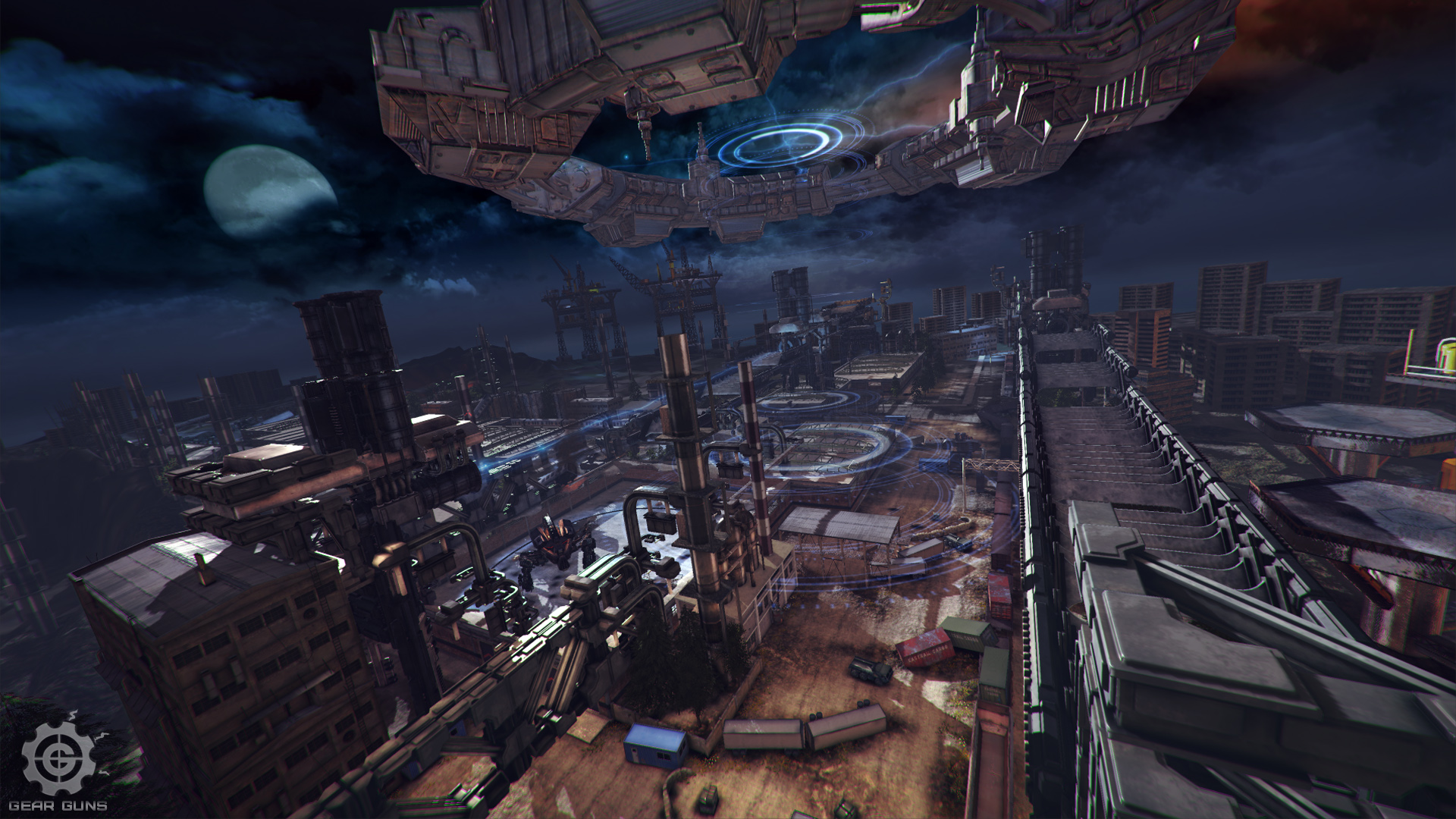 Dynamic battles with aliens on a background of urban buildings and an amusement park! 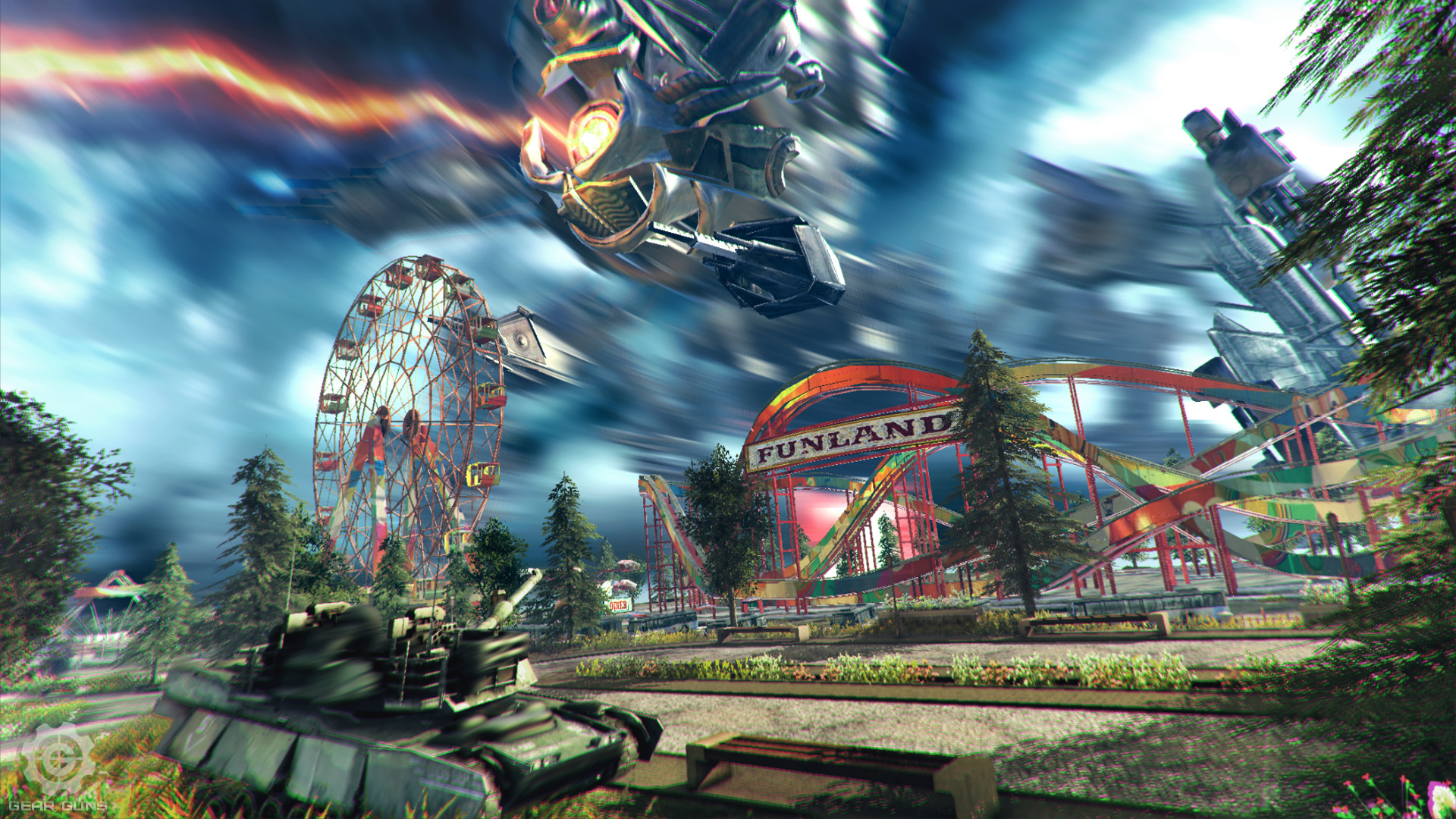 One of the locations is a sea port, where destructive and abnormal tornados are awaiting! 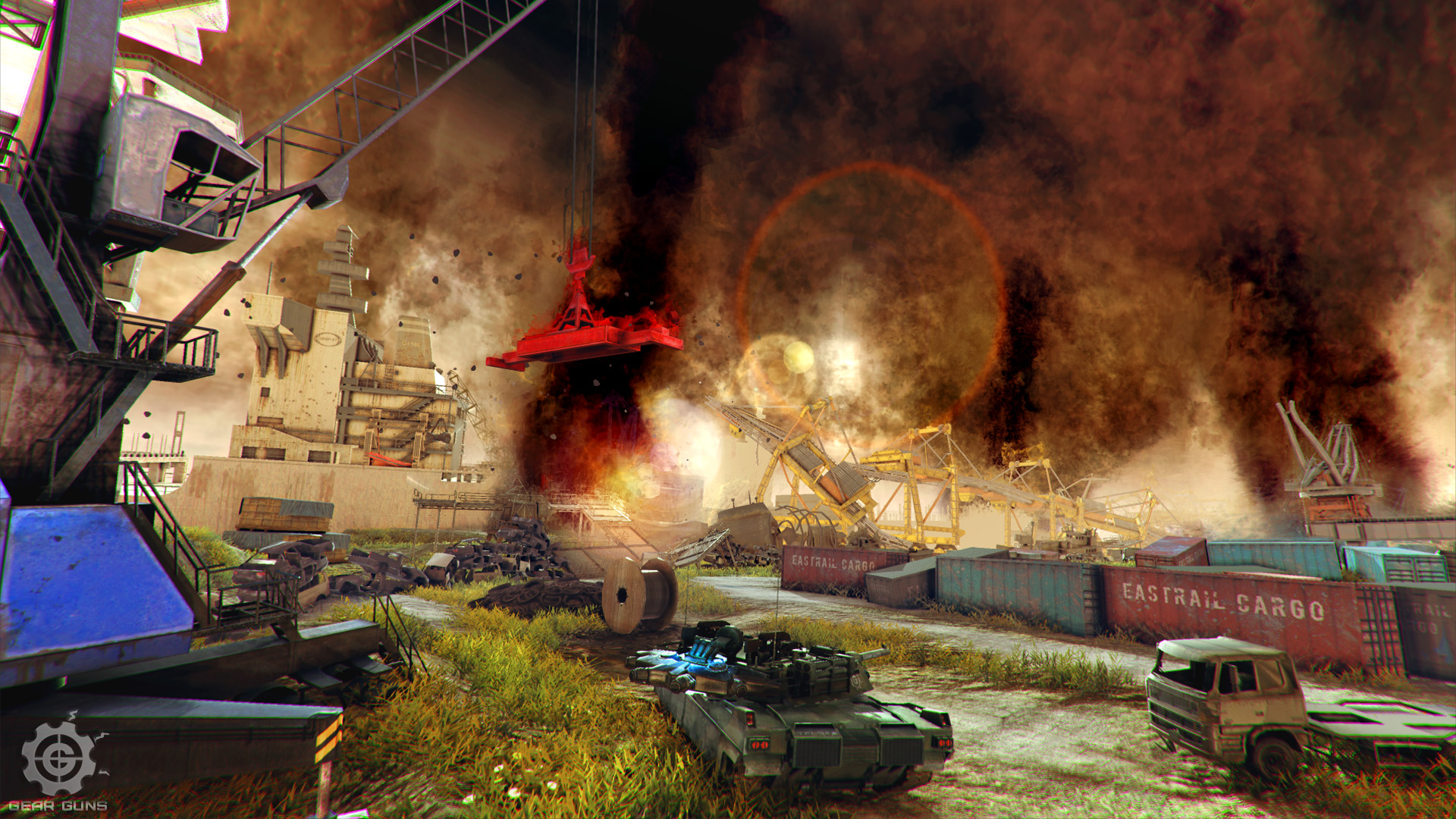 The game Gear Guns -Tank offensive will offer you a gripping storyline! This screenshot shows one of the characters - General Ford, who directs our squad. 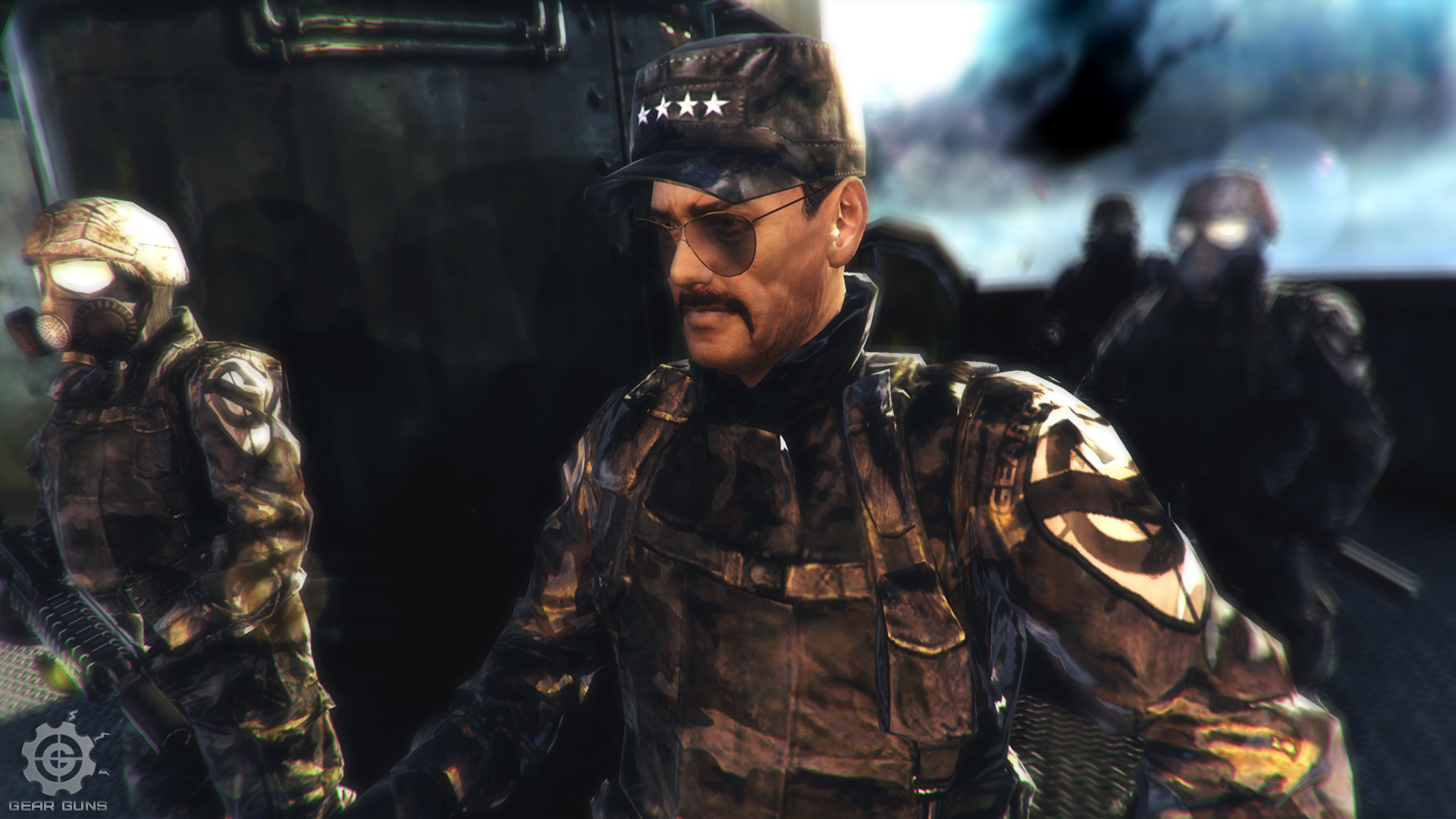 There’s another epic location – an underground alien laboratory where they are experimenting with human beings. 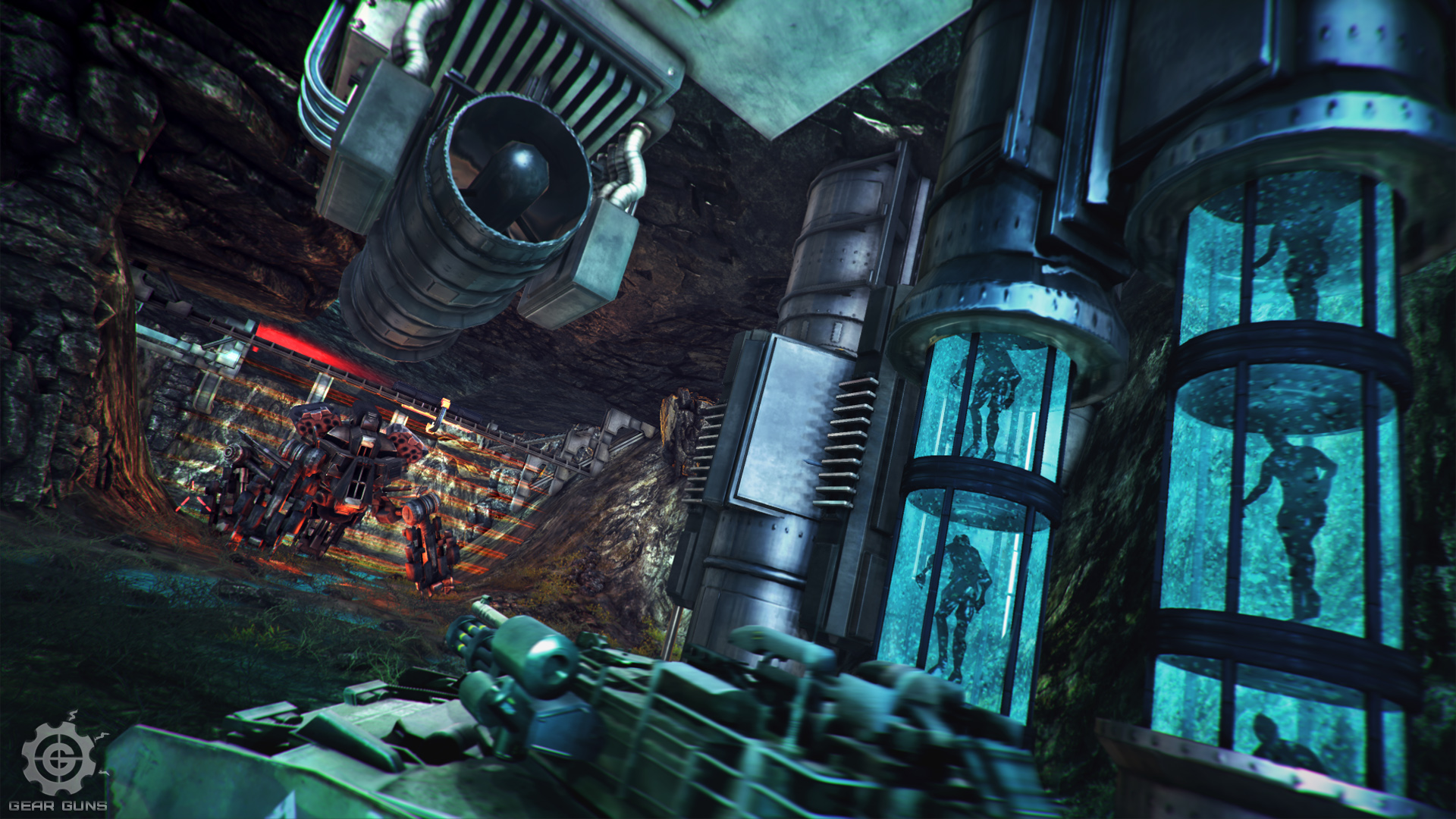 Not everyone will be able to get through the alien traps! Drive your tank carefully. 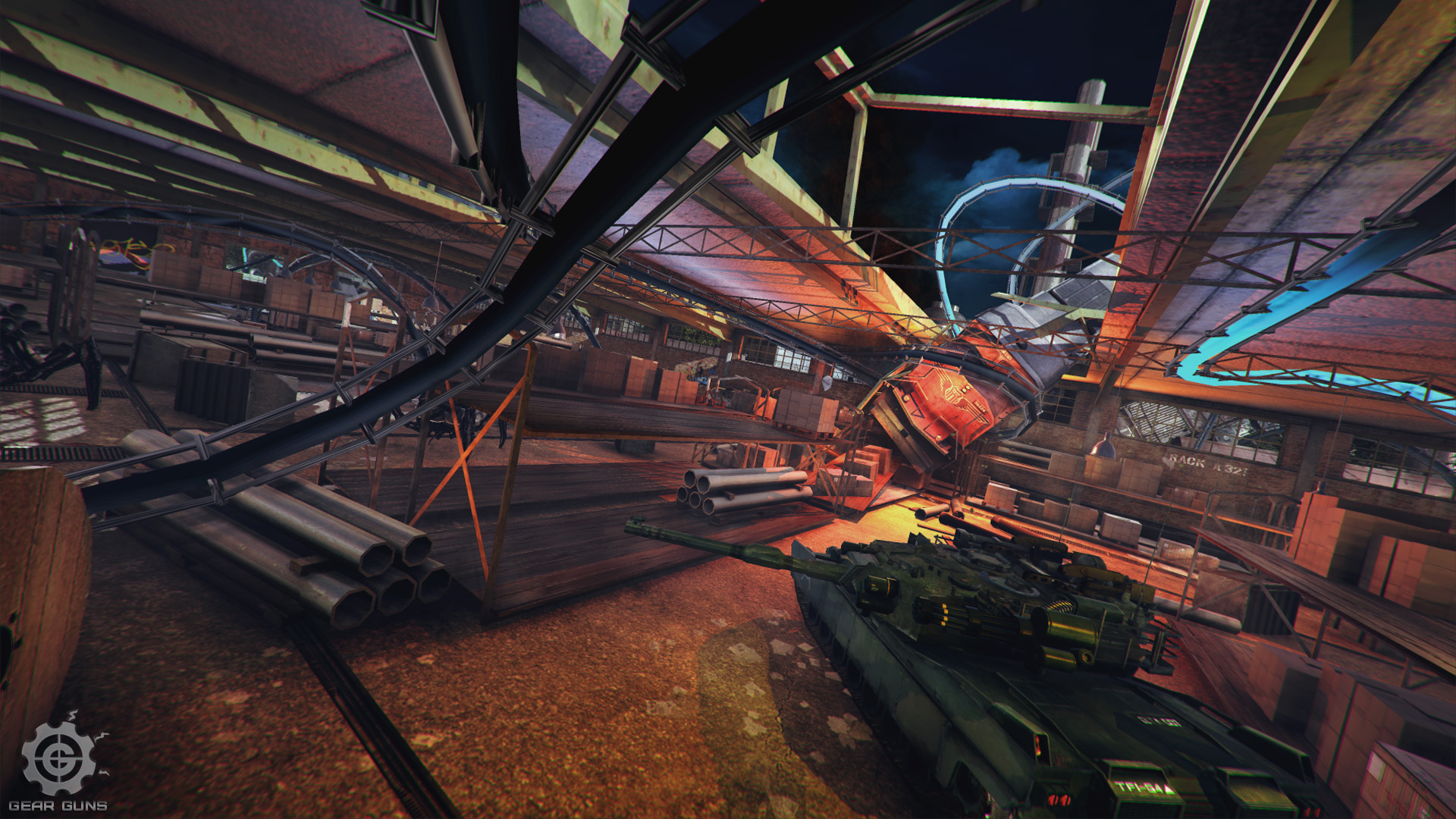 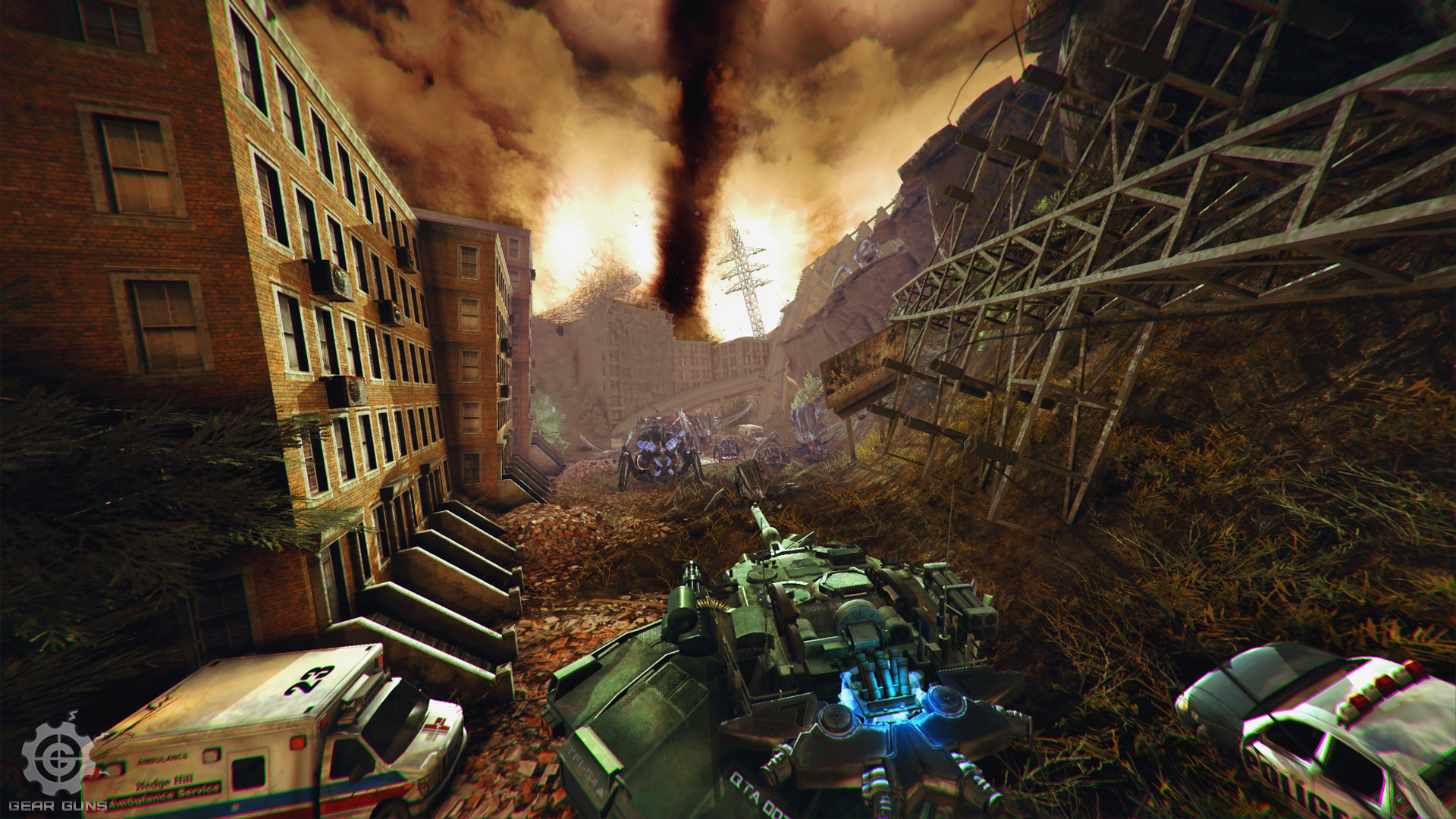 There is a variety of enemies in GEARGUNS-Tank offensive - fast spiders bearing a charge of energy, slow robots firing their beamers at you. Huge insidious bosses! Beware of the Snake-like robot. 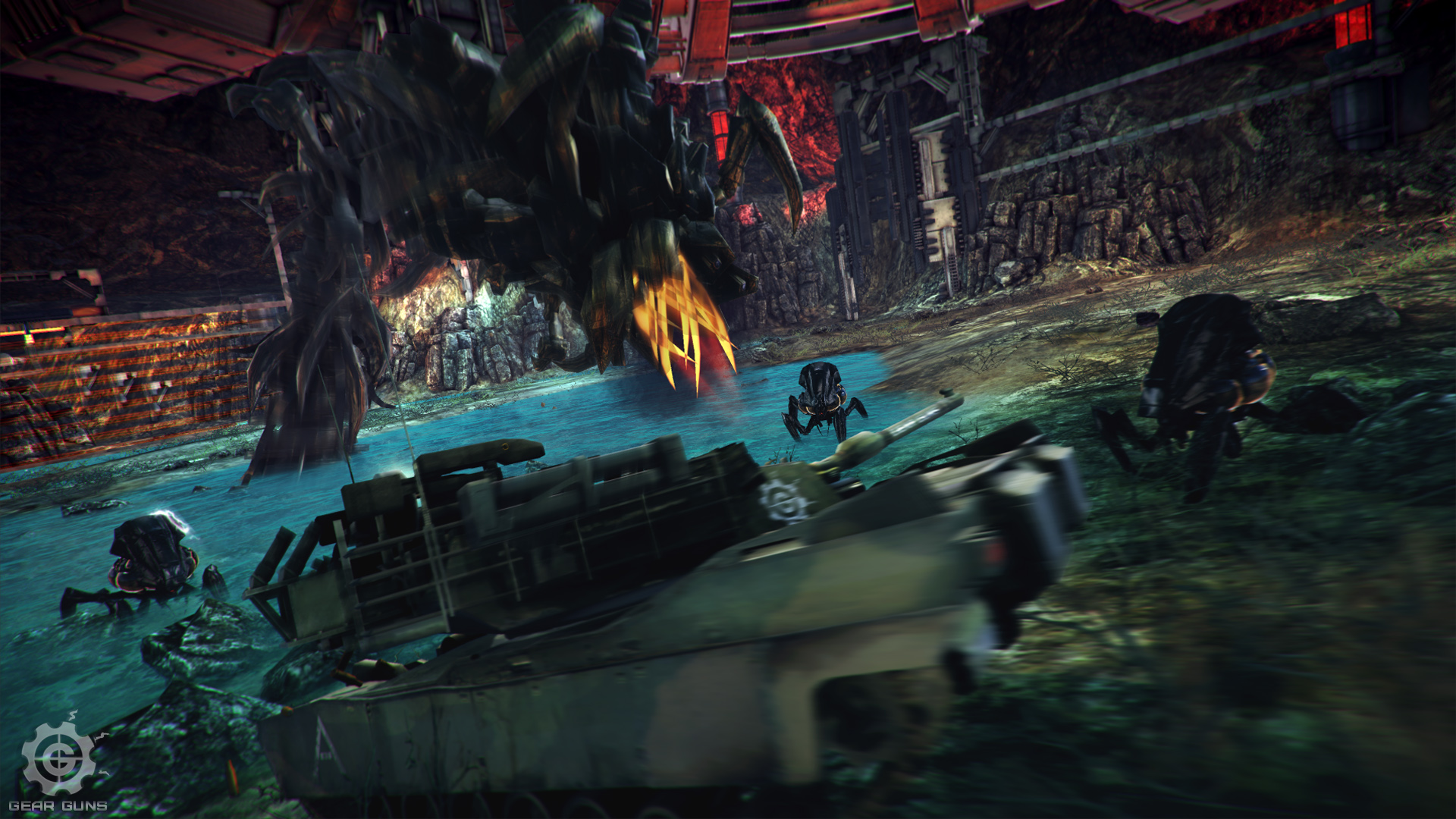 The ruined stadium resembles the Coliseum. Feel like a gladiator of the modern world!

Alien dreadnoughts, dizzying flights, combat operations with unpredictable outcomes - all this awaits you in the project GEARGUNS - Tank offensive!

We are interested in what you think about this project?

Great graphics! And the colors are so vibrant. Very pleasing to look at. It's awesome that you're using unity, it looks like unreal 4 or cryengine in some of the screenshots.
I really like the way the gameplay looks. It looks really fun. I hope it turns out great; tracking.

We are very proud to inform all of our fans that our game "GEARGUNS Tank offensive" has already received the GreenLight approval of the community!

We’d like to thank all the people who have voted for this project! Thanks to each of you, the green light is received in such a short period of time - just 9 days. We promise not to fail you and make an excellent game asap. We’ll keep informing you about everything related to the project, post news and screenshots in our social networks: