Ten Aces is about 10 siblings that happen to be demigods. Each of them is unique in many ways but all of them are extremely agile, intelligent and powerful. Initially they were all friends, and loved and respected each other, but destiny had other plans for them. Inside the game you get play any of them, discover their story and choose who will prevail.

Ten Aces is a tactical turn based strategy game (supporting online multiplayer combat) that takes place in a fantasy world. It is based on the ability of the player to forsee the enemy actions and plan accordingly. The player may choose among a wide variety of units and furthermore select and customize their abilities. These abilities are not known to the enemy until used. An intresting aspect of the game is the balancing mechaninc, which is similar to the one of the Warhammer board game. Each unit has a base cost, and every ability equiped adds to it. Another strong characteristic of the game is the absence of any kind of random/ luck events. We want to emphasize on the player tactics! 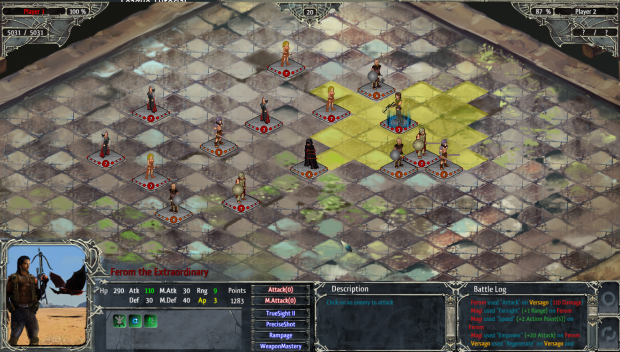 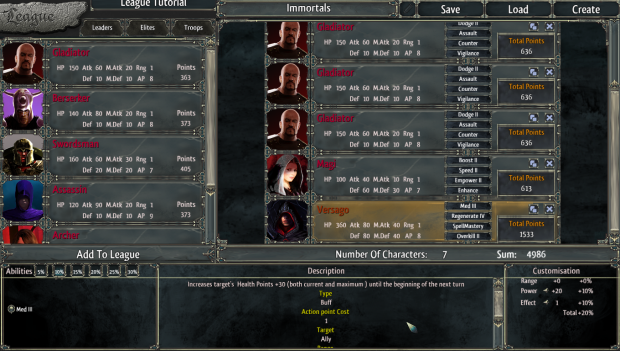 Story is about 10 demigod brothers who have been fighting among them for ages. Each of them has expert on certain elements and beter than everyone else on the world. And this is depicted on their stats and abilities ingame as well. While one may be an expert in close combat, another is a master of illusion and mind games.

We are trying to provide the player with a real sense of achievement, ad bring back some of the good old tactical games where every mistake was important and experience did matter when playing a game. 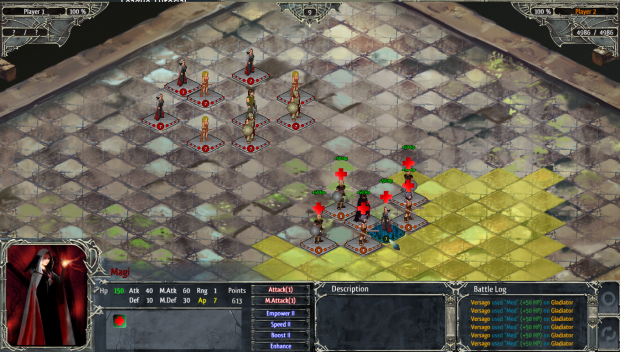