Hi everyone! Sorry for the silence through April -- allergy season plus our new location hit me pretty hard for a couple weeks which wound up getting me sick. Annoying! We invested in a neat little air purifier though, and that thing seems to be helping out big time. But enough complaining and excuse making -- onto progress!! Boss Redux You remember Tra Tibowt from the last update, yeah? I felt like something was missing with her to make her fight more memorable and give it more character....

Sorry for the silence through April -- allergy season plus our new location hit me pretty hard for a couple weeks which wound up getting me sick. Annoying! We invested in a neat little air purifier though, and that thing seems to be helping out big time. But enough complaining and excuse making -- onto progress!!

You remember Tra Tibowt from the last update, yeah? I felt like something was missing with her to make her fight more memorable and give it more character. I decided to go back and revamp her bear companion (Mag, the Avatar of Magdragh) visually and mechanically, and allow her to ride into battle on the guy!

This gives the fight an initial, more interesting phase with different behaviors. Damaging them enough eventually knocks her off the mount and you wind up having to take them out as a pair.

I have been going on a grayboxing rampage with the remaining levels and zones, stopping to whip up a couple necessary assets. The most recent of these being a revamped tileset to make the deep forest areas visually more exciting. 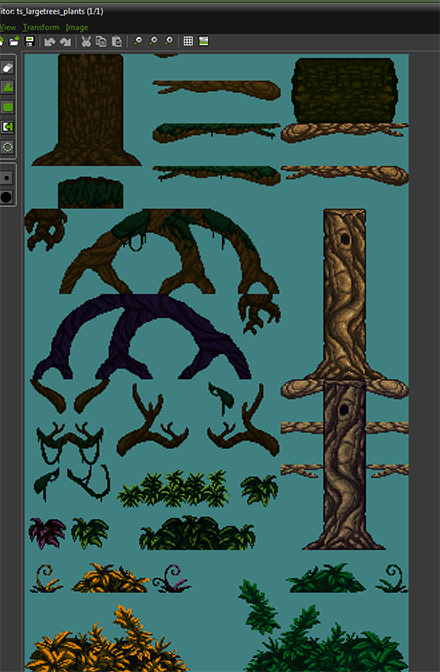 I've also done some palette swaps and some minor adjustments to some older tilesets to bring it up to snuff with the rest of the finalized ones. 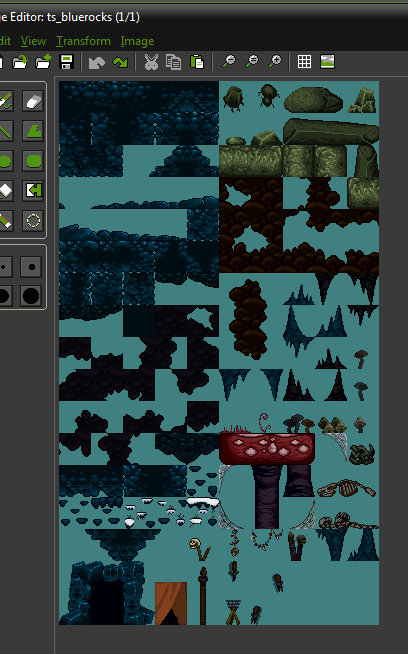 These are all added to the growing arsenal of bits and pieces I'm using to crank out rooms. SO MANY ROOMS.

As I grind through the room and area content, I am mopping up the remaining enemies and entities that still have to be created and dropped into the game. A couple examples are the brand new "platform wasp" and "forest ape".

The wasp enemy in particular is starting to fill a growing need for the game to include more of what I call platformer-friendly hazards. I have plenty of enemies that sort of track your movements and are largely reactionary in how you deal with them. I need more enemies like this that are more "learnable", or have a much more apparent pattern. This makes platform-heavy situations more satisfying, since you have readable obstacles that you can navigate around.

This guy, on the other hand, is a bit of a hybrid of those two enemy/hazard types. He can be set to a more static sort of artillery behavior, where he lobs boulders at you from a fixed position -- or, he can engage the player and bust out a few interesting attack moves. He is also one of the more vertically aware enemies in the game, following the player up onto, or underneath ledges and other obstacles (being a big monkey guy and all).

Here are the previously mentioned elements (tilesets, new assets and enemies) all working together:

Those are some shots from one of the new areas, "Devil's Shade", that bridges the Gosen Hills and Highlands areas of the game.

With all of the new elements and rooms I am creating for the game, I am slowly addressing my game flow concerns. Things like, "Is this too repetitive?" "How do I make these rooms more interesting?" have come barreling their way to the front of my concerns. Pacing things like interactivity, enemy placement, and things like powerups are a real concern for me. After all, how many times can someone smack something with a sword before it starts to get boring? Hopefully, quite a few times if the core combat mechanics are good enough, ha!

Structuring levels and rooms, I have started to notice annoying design crutches that I repeat. Like tunnel shapes and similar geography elements. It's like writing music -- you start to realize that maybe you are using similar progressions across multiple songs. This is not necessarily a bad thing in some situations, I guess, since this also evokes a certain style, but I feel it's necessary to be aware of so I don't wind up with a finished game and thousands of rooms that all feel too same-y!

Here's a bit of an example of how I sort of map out general flow and some of the critical path out: 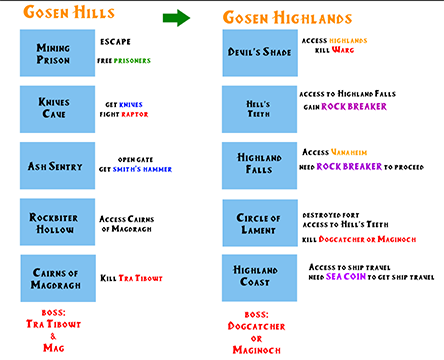 Using visual aids like this helps in defining pacing for me, and shaping those "peaks and valleys" that compose the player's overall experience with the game.

I've also, finally, gotten around to knocking out the game's more lore-heavy sequences, which will be delivered in the form of Ninja Gaiden-esque cinematics.

As of now, I've got the majority of these sequences completed, but there are still a few more that need doing.

Also, with a lot of this stuff getting wrapped up, I submitted the last bit of game footage to my friends at Escaping Westlawn Productions for the launch trailer!

Here are some work in progress screens from the visual FX shots Christine Carstairs is working on: 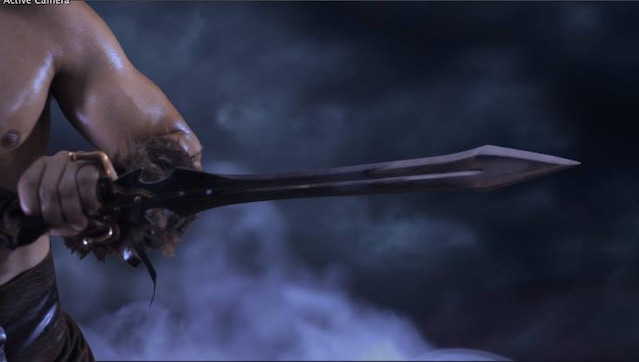 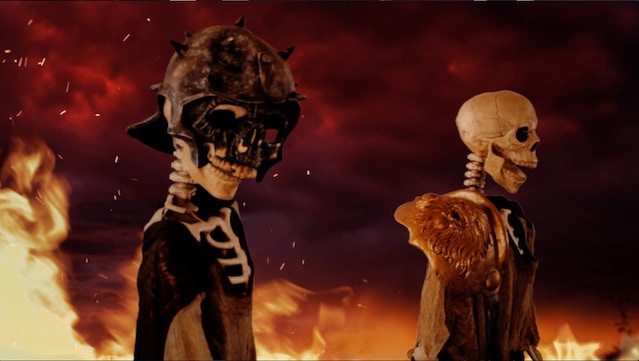 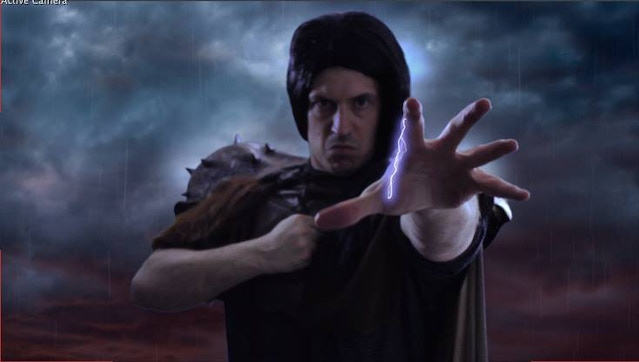 I am really excited to see this thing!

So there we have it -- I am in the middle of grinding out TONS of rooms that will make up the final areas and levels of the game, and I hope to have a build finished soon that I can play through from start to finish. I can't believe I just said that - pretty unreal!

I know it's taken a lot longer than I initially planned for, and I'm sorry about that, but even more grateful for all the support and positive feedback from you all! I am continuing to work hard to make this thing fun, and a suitably brutal and bloody adventure!

Thanks for letting me share with you all! Have a great one, and I'll see ya next update!

Thanks very much! Learning a lot as I go :)

OH MY GOD. I am falling more in love with this game, Tobor please tell me we will have a new version soon?

Thank you sir! Hopefully, yes, if I can keep up a hardcore work pace :) It will probably be around when the game is near completion. A demo is definitely planned!

This game is already on my steam wishlist :)

Hey, thanks for that, man! I will do so!