We are proud to post the first screenshots and announce the first detail and the release date of Futuridium EP on iOS!

As promised, Futuridium EP is coming to iOS, and today we can announce all the details and the first screenshots of the mobile version.

For the iOS version we've rebalanced the difficulty curve, added a new gameplay mode, and tweaked the touch controls to give the best gameplay experience possible on mobile. We are really happy on how the iOS version turned out!

Futuridium EP is a fast paced, insanely difficult, retro inspired with-a-modern-twist 3d shoot'em up, with a 45 minutes original soundtrack and a peculiar graphic style full of glitchy effects.
The game is already out on PC and Mac, and you can dowload it free here on indieDB!

And the game is coming to Desura in an handful of days:

You are a lone starship pilot who get lost in a dimensional loop just before a battle: with a limited and constantly depleting energy bar your only hope is to fly as fast as possible over enormous space dreadnoughts and destroy all the cyan power cubes, replenishing your energy tank and revealing the ship’s power core, which must be destroyed to move to the next ship.

- No special powers, no bonuses: only the player reflexes count. Your ship, your lasers, your ability!
- You can stop and turn your ship 180° at any time, just pressing a button!
- No speed control: you always fly as fast as possible...

Game features:
- 13 levels
- 11 original music tracks, for a 45 minutes original soundtrack. You can skip them in games like a jukebox.
- A new energy based gameplay mechanic
- 5 different gameplay speed, unlockable finishing the game. The game can get crazy fast...
- 4 different graphic skins
- Peculiar graphic style, full of colours and glithy full screen special effects
- Full GameCenter support, with online leaderboards and achievements
- A credit system: destroy cubes to get in game credits to continue and other goodies
- Cool easter eggs!

And here are the first iOS screenshots. Video coming soon! 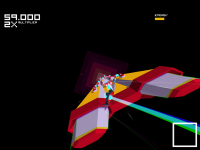 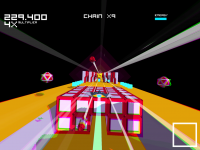 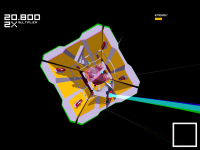 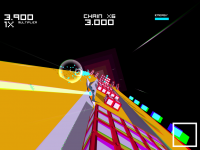 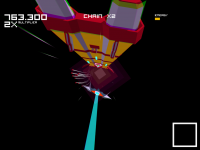 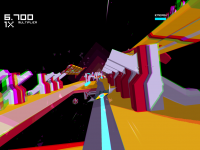 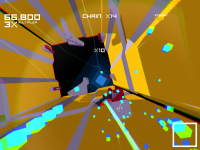 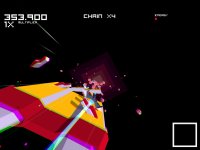 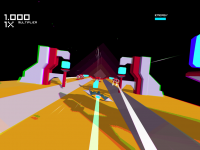 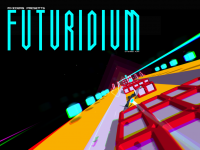