39 Days to Mars is playable from start to finish! All of the puzzles and mini-games are complete (and with artwork). There are still numerous bugs to iron out and some playtesting to do, but finishing the puzzles is an important and exciting step, and lets me start focusing on other parts of the game.

I've been holding off posting this update for a while, but it's finally time! In the last update, I talked about working on the ending of the game, and designing the last puzzle. Now it's implemented, which means 39 Days to Mars is playable from start to finish! All of the puzzles and mini-games are complete (and with artwork). There are still numerous bugs to iron out and some playtesting to do, but finishing the puzzles is an important and exciting step, and lets me start focusing on other parts of the game.

My original tagline was "a coffee break game", something with a short playtime that you can play in one sitting. Depending on how much coffee you drink, this is still more or less the case : a full playthrough takes one to one and a half hours.

There are fourteen puzzles & mini-games in the final version of 39 Days to Mars, each taking about 5 to 10 minutes.

I'm slowly working my way through the game and replacing placeholder art with final art. I found time in-between working on puzzles to replace the title screen, which now looks like this:

One of the last puzzles to be finished was the 'Controls' puzzle. The first pass of the puzzle had the basic concept in place, but the temporary graphics were significantly different to what I had in mind for the final version. It looked like this:

Playtesting the puzzle showed that it worked, and players understood the general concept, but the execution was far from finished and there were several parts that weren't as clear as I wanted. To make sure this wasn't due to the temporary graphics, I drew the artwork for the controls before the second playtest of the puzzle.

To my surprise the puzzle was significantly worse after the graphics were put in! Not a single player understood how it worked, and nobody sucessfully finished it. This is obvious in hindsight, when looking back at the differences. The first version had a logical layout, and the only information on the screen were pieces that were pertinant to the puzzle. The version with artwork is complicated with pieces of information related to each other scattered around the screen with no logic:

To rectify this I made some small but important changes to the layout. Now interacting pieces of the puzzle are all next to each other and clearly indicated. I'll be playtesting again soon, to find out if this fixes the problem!

So there's a release date, then?

No. Sorry! There's still a very long list of tasks to be done before 39 Days to Mars is actually finished.

I'm going to try and give a progress update on the remaining tasks in each new update. For now, because they're not started, it's just a list in roughly the order I'll be approaching it. 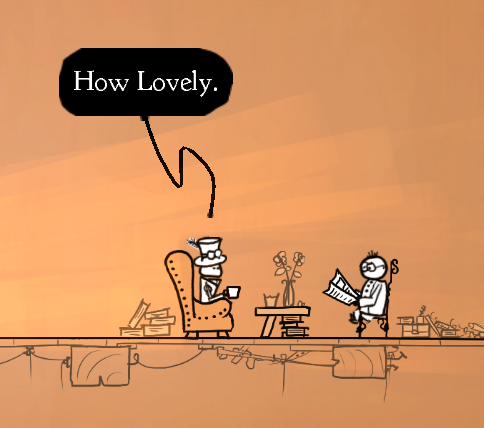 This month, I'll be playtesting the last of the puzzles, and starting the final artwork for the ship. I'm also spending more time bug fixing - a slow and sometimes frustrating part of development. This means that I'm going to be working just as hard on the game, but there will be less visible progress for the next few months.

All looks interesting, keep up the good work. The look of the artwork in particular is unique and refreshing. I'll certainly give this a try when you're finished.