It's been a long time since our last news post, so there's a lot to cover: A new ship, weather effects including storms, a new shader and a visual overhaul for the gatling gun.

Posted by TribunalGames on Mar 5th, 2013

We've added a new shader to the game: 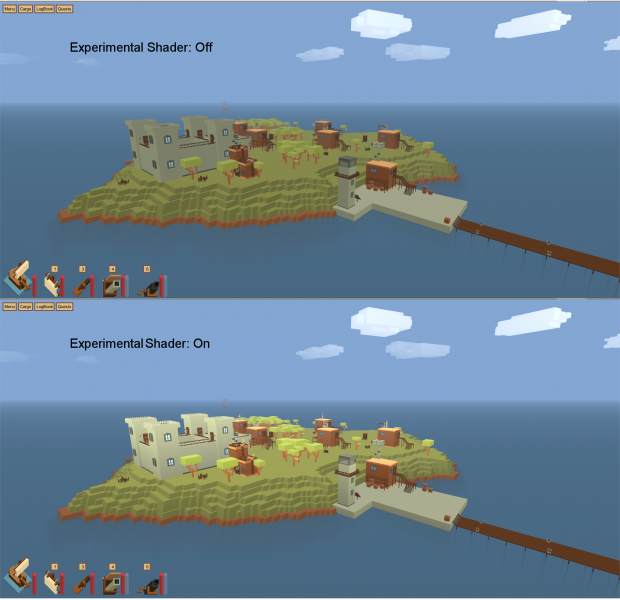 That's about what there is to say about that - we think it looks good.

Next up: weather effects

This is a screenshot taken during a storm. We've darkened and desaturated the lights and the clouds, the clouds magnified to create a menacing cloud cover and we've used a pair of particle systems to make the rain. There is also thunder during storms but it does not look at all well in screenshots so that will have to wait until we have a video. Right now weather effects do not affect gameplay but we will be looking at that down the road.

We've added a new ship to the game - the merchant ship. This is our third hull to make it into the game and our first non-combat one (as the name implies, this is a cargo boat). We might give it a few weapon mounts for defence in the future.

Lastly we have a new model for an old weapon - the gatling gun. The old model was not up to par with the rest of the weapons, so a rework was in order.

That's about what we have to show for this time around - I hope you like it! If you would like to keep up with our developments on Freebooter, you can track the game with the eye button on the top right of the page or you can follow us on twitter @tribunalgames.