Version b2.3 is already available for everybody to test. Check out the trailer below:

The new version adds quite a few more new blocks (more than 6!) for a total of 30 in-game 2D animated blocks. New backgrounds for those who will be able to reach the highest levels (there's 8 levels now). It also adds new features.

Among the new features there's now a power-up that will turn you invincible against incoming background blocks. Also, left-clicking anywhere will now hammer blocks down making them fall faster. There's also two new enemies, making a total of four threats to watch out for while stacking the crazy blocks.

I've also added a ton of visual feedback as you can see on the new screenshots: 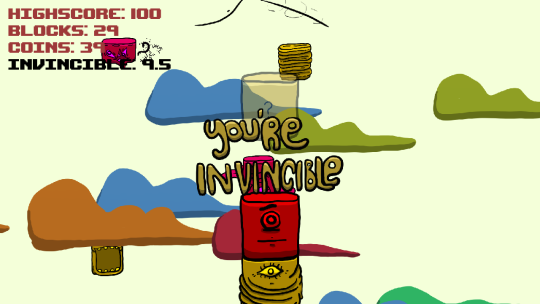 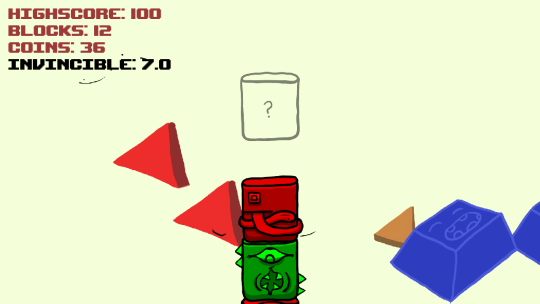 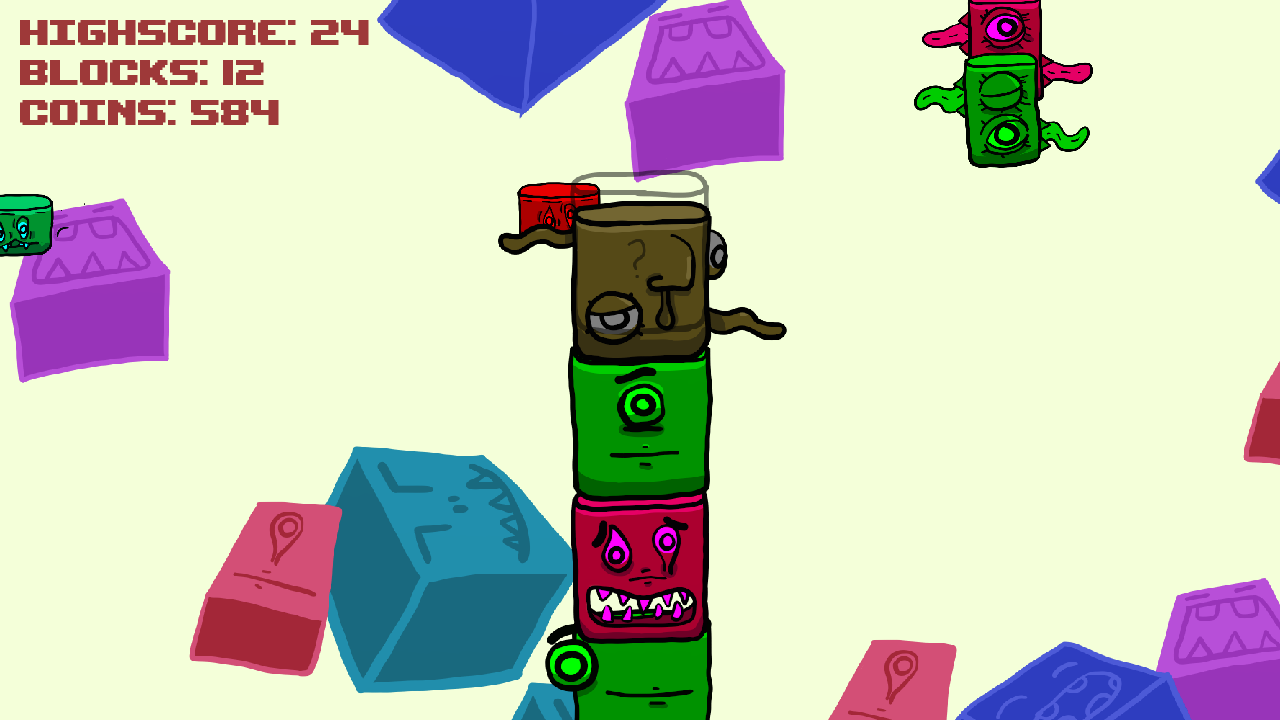 Other than that, there's been a lot of small changes mostly related to sound FX or tweaking/adjusting some of the values like power-up spawn ratio, limiting spawning coins when blocks aren't falling, etc...

As always, you can follow Fleshgrowth's development (and not only) here.