Fingeance has gone through some major changes! Try out the demo now!

Fingeance has seen some insane changes in the past year, to the point where our old Fingeance demo just wasn’t cutting it. The art and audio is out of date, and several design decisions we made have been tossed out or improved. We feel the game is in a better state than a year ago, and today we’re here to prove it. 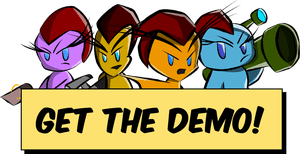 Feast your eyes on the new and improved Fingeance demo! The demo will take you through the colorful warzone of the Coral Reef, and in addition to a taste of the corrupted Kelp Forest. Play as Finn, Bubbles, Gil, and Dorsa in their quest for dolphin empire destruction.

The game has gone through some immense changes since the last Fingeance Demo, so here are a few reminders on what’s new. 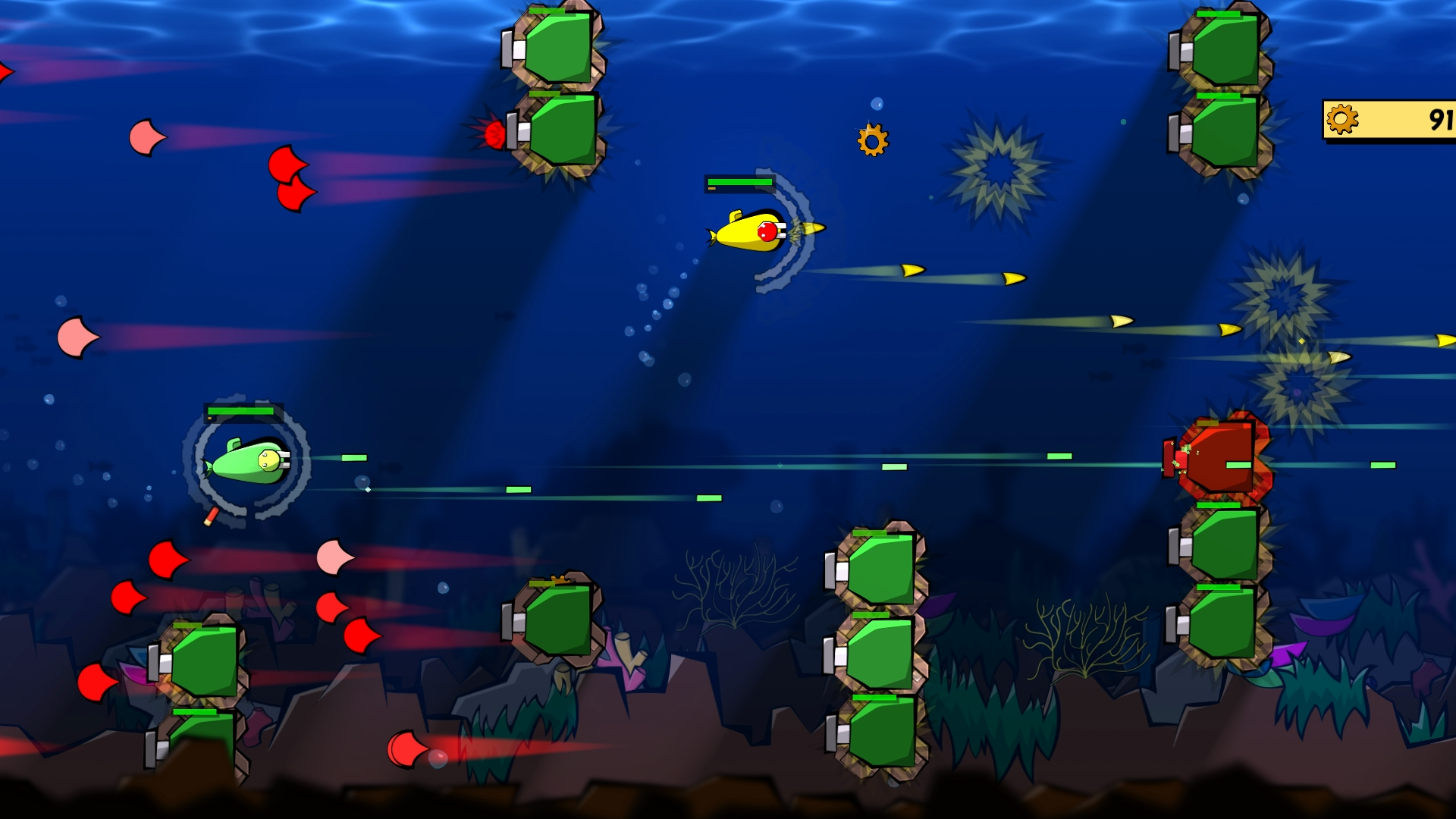 Updates for the New Demo

Drastic Pacing and Rebalancing Changes – In the past, Fingeance was simply too fast. Our camera scrolled so quickly that enemies generally had only 8-10 seconds to leave an impression before the players left them behind. To compensate for this swift flyby, enemies dealt massive damage, often leading confused players to die nearly instantly. To resolve this, we made players take significantly less damage and added weight to a large number of enemies, allowing their presence to slow scrolling and force encounters. With these guaranteed knock-down-drag-out fights, you’ll find that Tank and Support characters are suddenly quite valuable.

Same Old Characters, Bold New Flavor – Your favorite fish have gotten upgrades to fight the dolphin menace. In general, each character is much more specialized than in the past, providing your team with unique strengths. The new Fingeance demo features these new character ships, as featured in our articles on Bubbles, Gil, Dorsa , and, of course, Finn. Equally important, the game is more approachable than ever before. Brand new rebalanced difficulties await, promising fun for salty dogs and landlubbers alike. Starting character loadouts are also much easier to use, leading to a far more fun learning curve.

Shop Better, Be Better – Fingeance Demo, 2016 edition also has a new fast-paced shop! We’ve removed buyable cannons and gadgets, and have implemented a new augment and upgrade system. It’s easy: pick one of three perks, then spend money on direct upgrades, then repeat for each level you complete. This is, in short, a massive improvement, as voiced by every friend who’s seen it. It’s easier for newbies and deeper for experienced players.

Variety is the Spice of Life – Fingeance has been given a graphical overhaul, with a new lighting system and more biomes than ever before. You’ll have a sample of the new Kelp Forest, with new enemies to fight and new music to jam to. Characters also react to actions onscreen with 500 new lines of incidental speech-bubble dialogue that pop up during downtime. 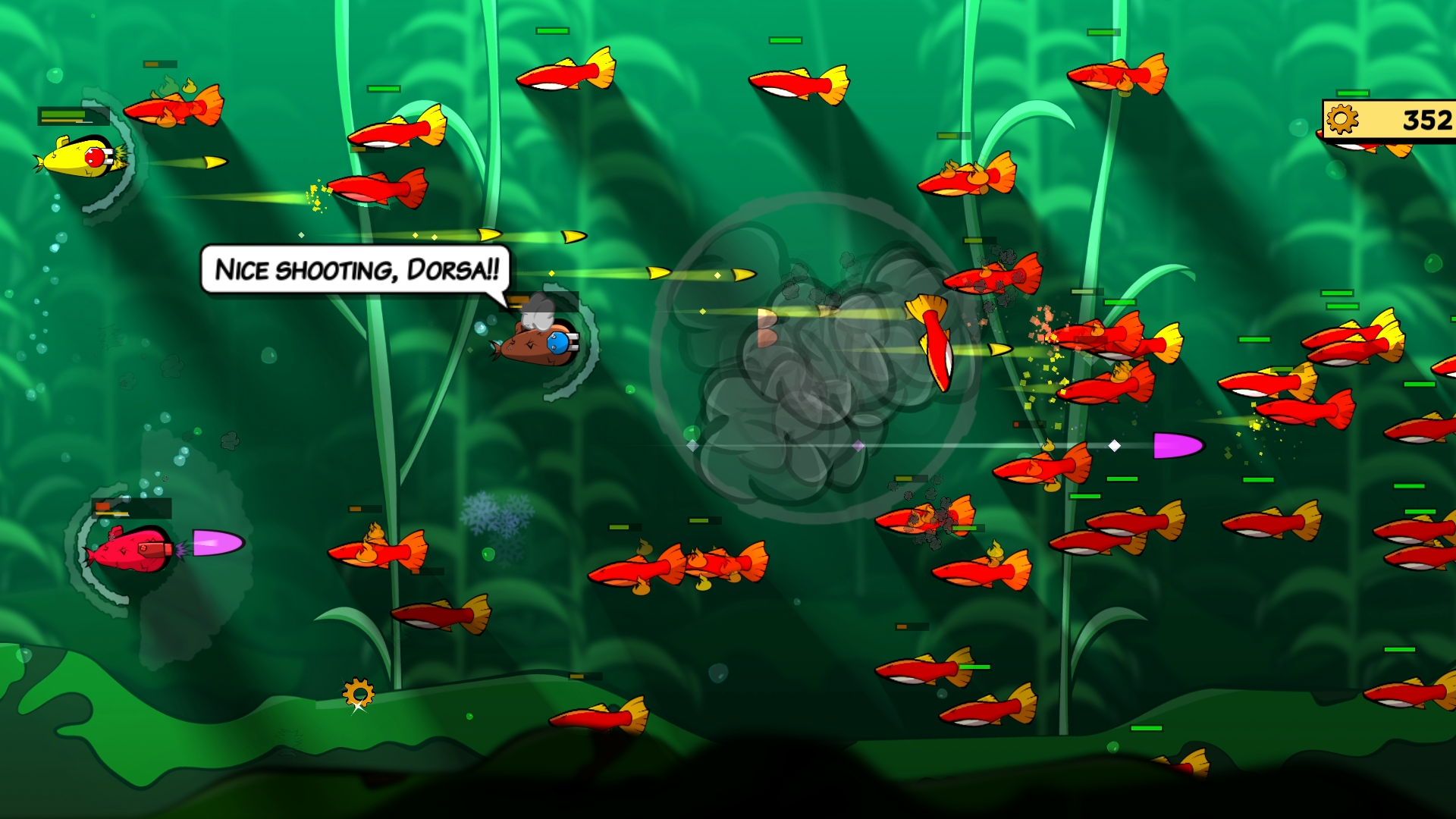 The Fingeance demo is out now! You can download it for Windows, Mac, and Linux. Keep up to date on the latest Fingeance news here on our blog, over on our Facebook page, our Twitter, and our IndieDB page.