Star Legion has finalized alpha development! This update introduces a number of bug fixes, quality of life improvements, and balance changes ahead of the project's transition into beta development. Beta development will focus on features for Star Legion's desktop release, including new tactical game modes, in-game statistics, and a strategic game mode.

This update introduces a number of bug fixes, quality of life improvements, and balance changes in preparation for beta development and the eventual desktop release of Star Legion.

Changes in the New Alpha Release 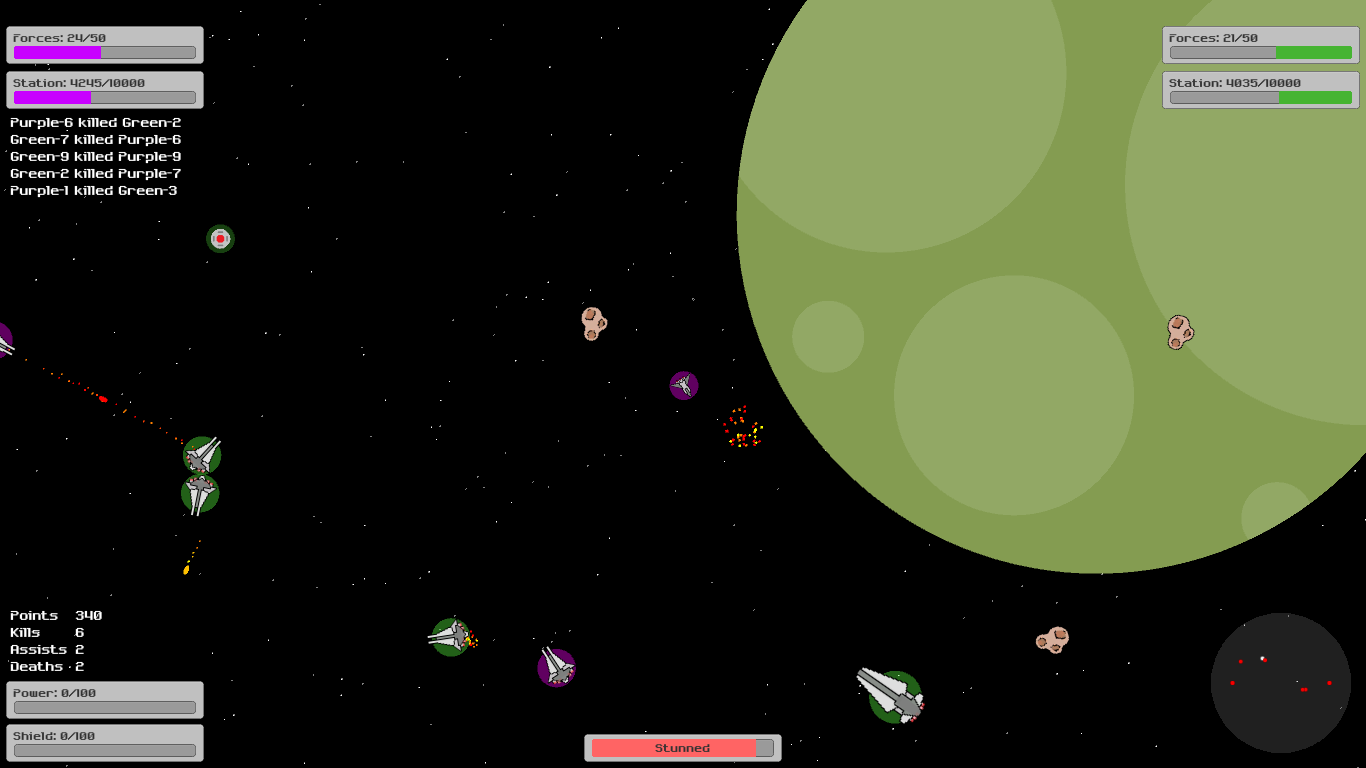 The follow features are anticipated for the upcoming desktop release of Star Legion. Each feature is noted as either actively in development or still in design.

Take part in a tactical battles in a number of different game modes. The parameters for each battle can be configured through the Skirmish Battle menu. The following game modes are currently under development: 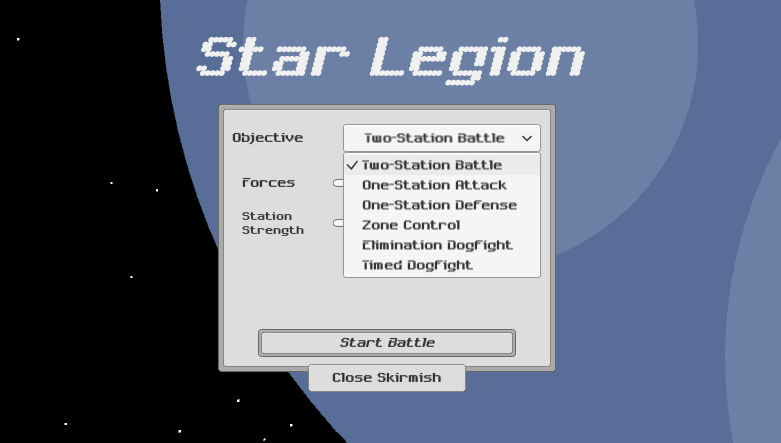 In the alpha release, tactical battles have been limited to two fleets attempting to either annihilate the other's forces or destroy the other's space station. In the new game modes One-Station Attack and One-Station Defense, defenders will attempt to wipe out the attacking forces while the attacking forces attempt to either destroy the defending space station or eliminate the defending fleet's forces. The number of forces for each side can be set independently from the game mode's configuration menu.

In this game mode, two fleets seek to control an area at the center of the battlefield. Neither team has the support of a space station. Teams gain points by occupying the control zone without any contesting enemy presence. When time runs out, the team with more points wins.

In this game mode, two fleets meet in combat without the support of space stations. Eliminate all of the other team's forces to win.

In this game, two fleets meet in combat without the support of space stations. Whichever team has the most kills win time runs out wins.

Thank you for your support of Star Legion!