Field report about the addition of the Iron Brigade, the Lorenz M1854 and the partnership with Markus Schmidt.

Hello and welcome to our twenty-fifth field report!

The Fighting Men of War of Rights!

We hope you enjoyed the holidays and had a lovely New Year's Eve. We are back in business and used the time - among other things - to work on a new unit. Instead of simple screenshots, we would like to introduce this unit in a more unique and cool way. For this, we created a new series of short videos, which is called "The Fighting Men of War of Rights".

Let’s start with the first episode

The Iron Brigade, which is also known as the Black Hat Brigade due to their black Hardee hats, was an elite infantry unit in the Army of the Potomac. It was composed of regiments from the Western states of Wisconsin, Michigan and Indiana. During the war, the brigade suffered one of the highest casualty rates of any brigade.

During the Maryland campaign, the Iron Brigade consisted of the 2nd, 6th and 7th Wisconsin Infantry, as well as the 19th Indiana. The Brigade earned its famous nickname under the command of Brigadier General John Gibbon. At the battle of second Bull Run, his brigade stood up against several attacks from General Stonewall Jackson. Besides that, just 3 days before Antietam, their actions at Turners Gap during the Battle of South Mountain finally marked the designation "Iron Brigade". 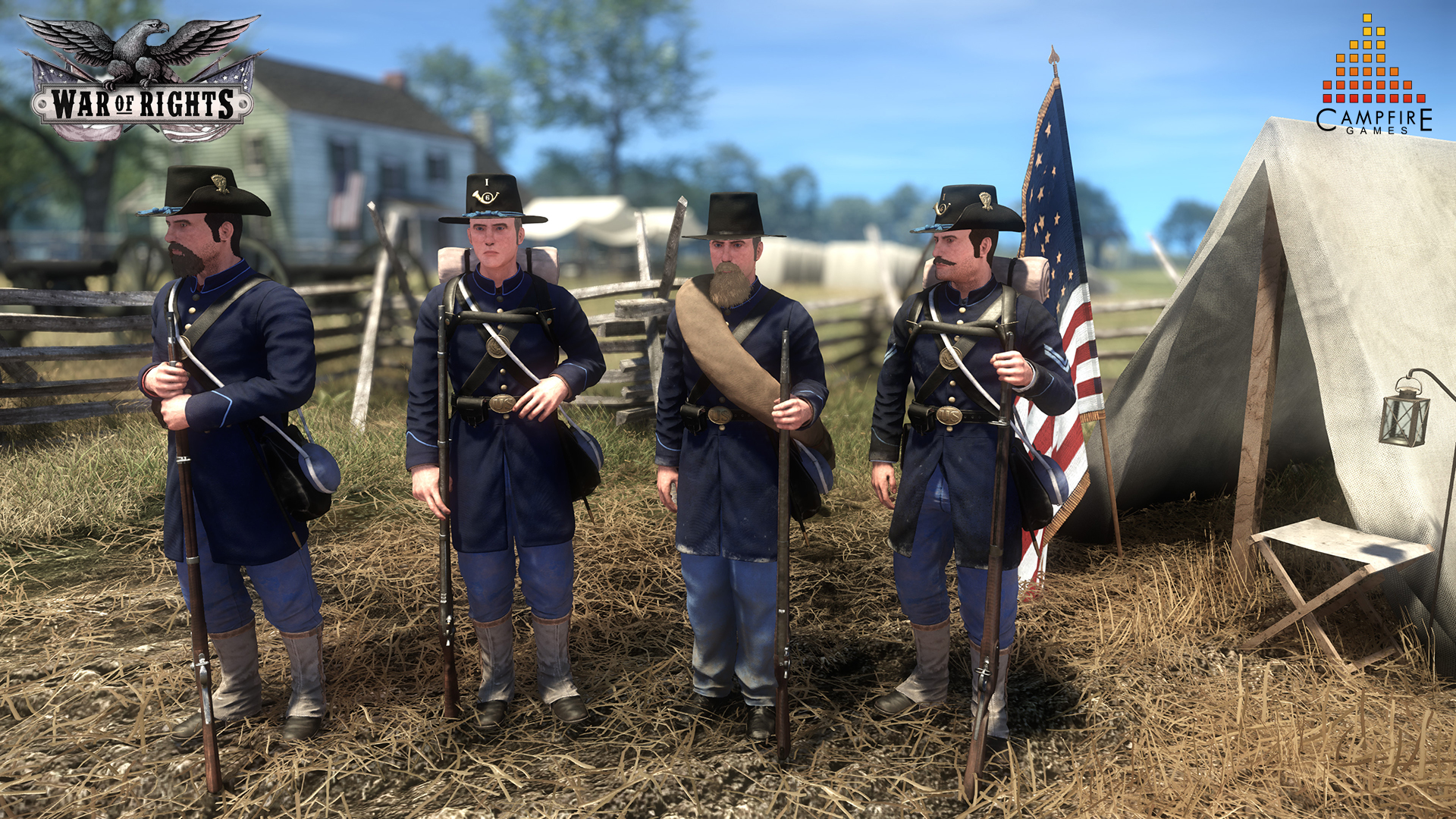 Below is an example of the amount of detail that goes into making the assets - complete with stitches!

The third most commonly used rifle during the Civil War was the Lorenz Rifle. The Lorenz was designed and developed by a lieutenant in the Austrian Army, Joseph Lorenz. The Lorenz is a rifled musket, maintained a conventional long gun layout and form including a long-running (37.5 inches), single piece walnut body.

The rifle was well regarded by the troops to whom it was issued, including regiments of the Iron Brigade. The soldiers and NCO's praised the .54 caliber gun for being "short, light and very easily cleaned", while others believed the Austrian guns to be "very superior weapons, although not so well finished as the American arms".

The Union Army purchased 227.000 of these Austrian rifles, while the confederates ordered about 100.000 pieces. 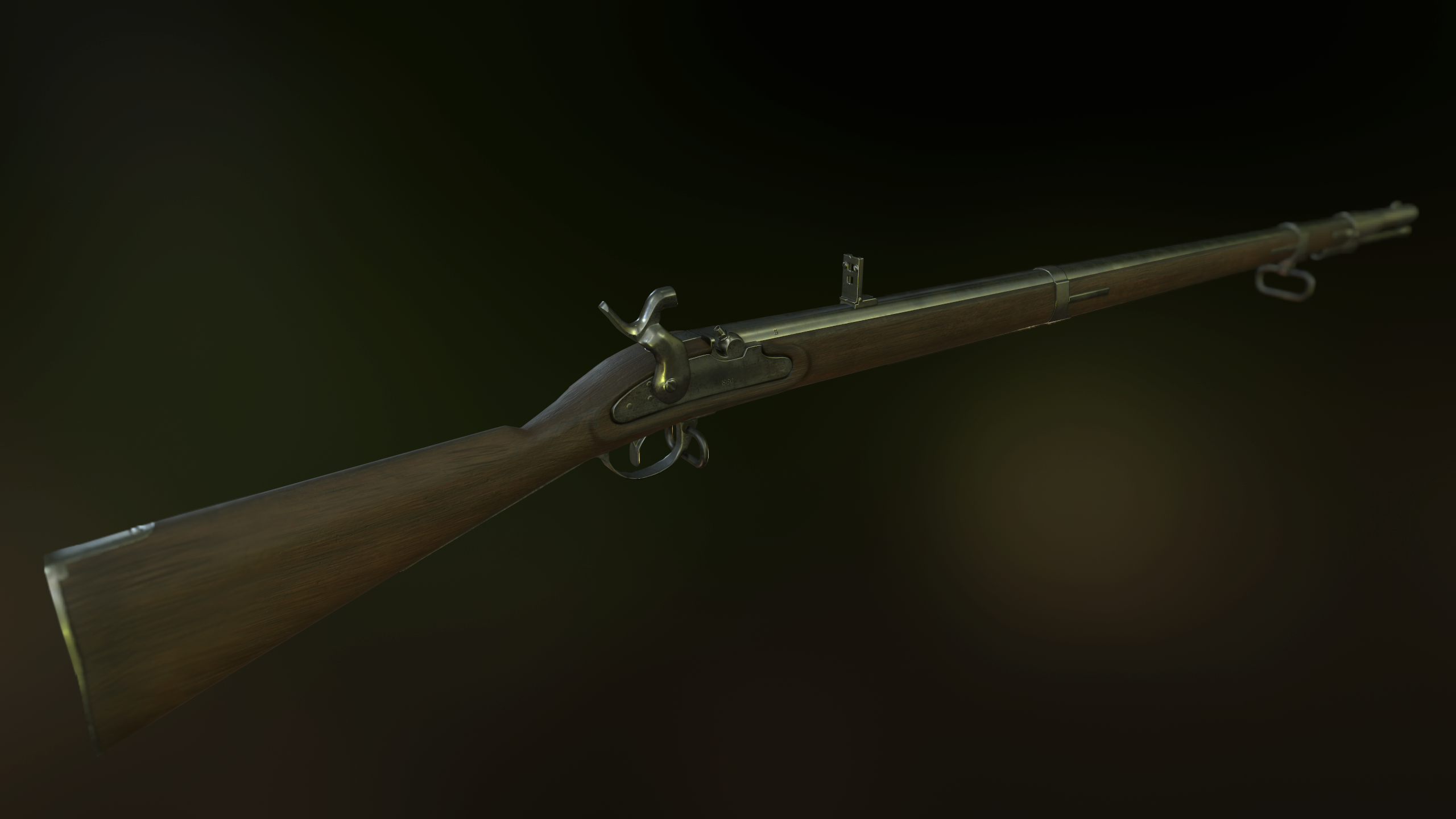 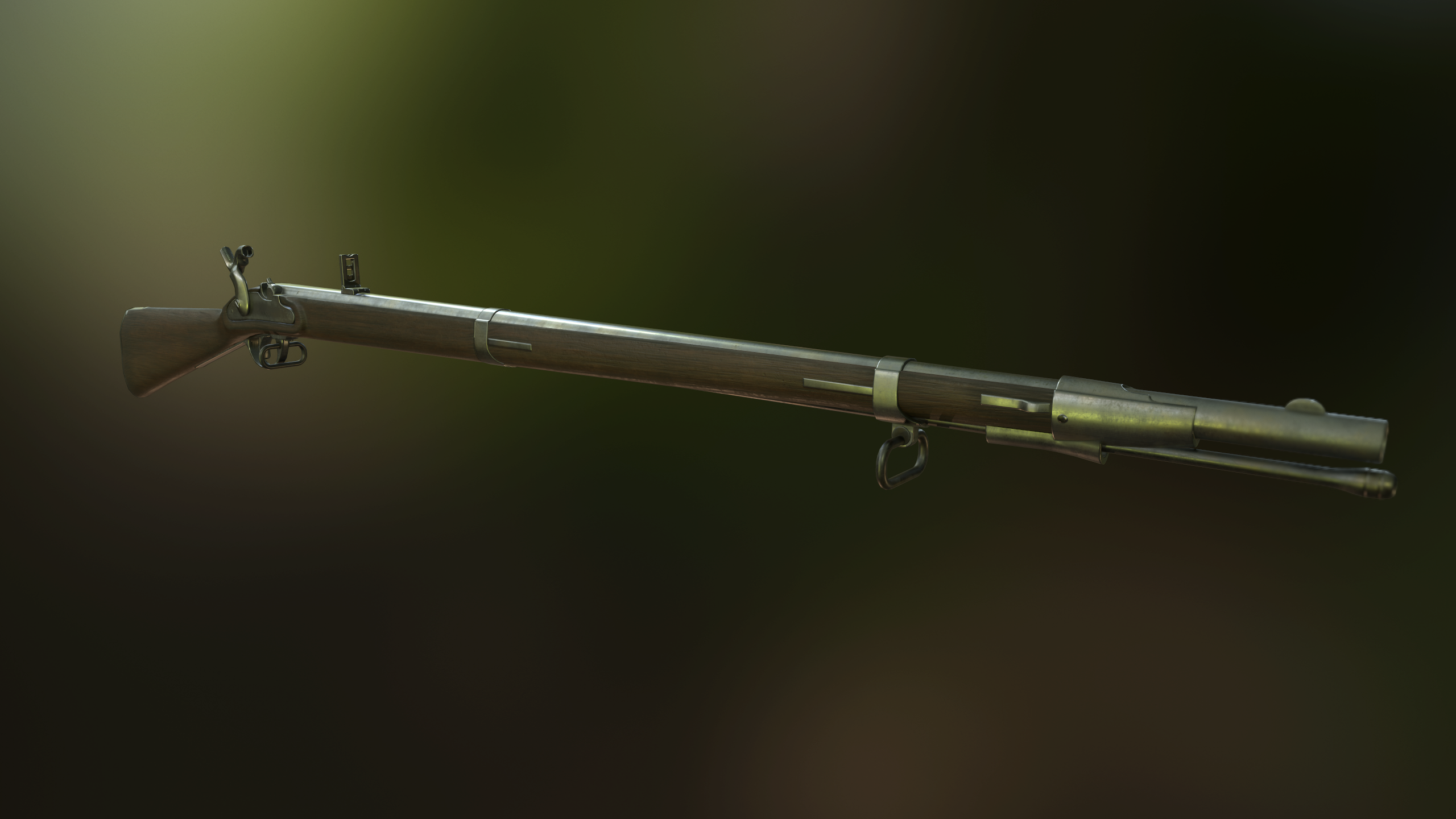 Thanks to our backers, we also reached the stretchgoal below and we are already very close to the next one: the expanded Single Player Battlefield Tours.

If you help to get War of Rights here, we’ll be able to work on more variations of the uniforms of the period and implement them into the game. 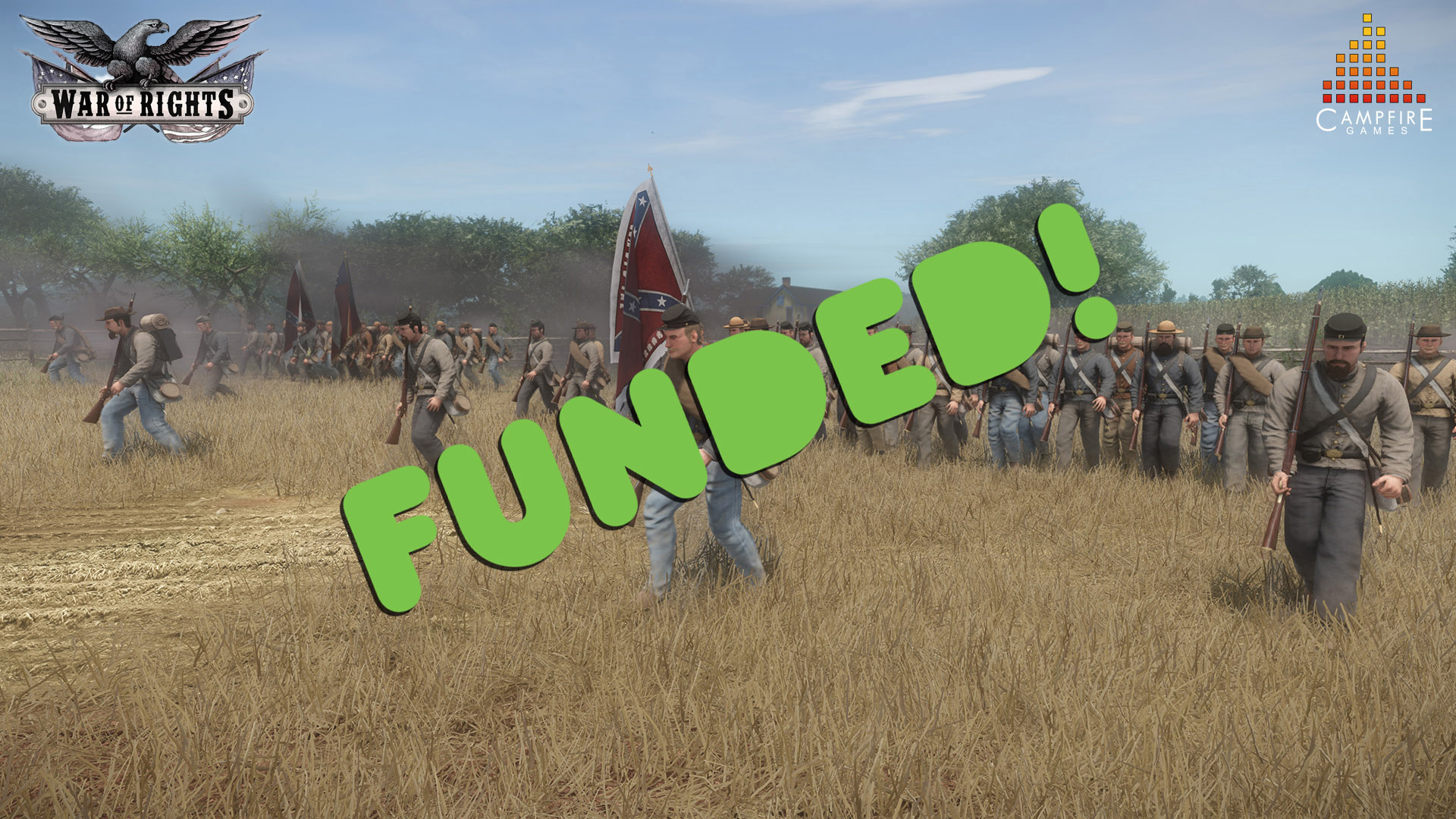 For more information, check out our crowdfunding campaign at: www.warofrights.com/crowdfunding.aspx

We're very pleased to announce us having teamed up with composer Markus Schmidt, four-time winner of the German best game soundtrack award and having worked on more than 100 game soundtracks ranging from Crysis 2, to Halo, the Anno series and The Settlers. Markus is already at work, creating the soundtrack for War of Rights which is to include unique compositions inspired by the events of the American Civil War. Each track is also using a period track for inspiration. If you want to learn more about Markus, here's a link to his website: Markus-schmidt-music.com

About a month ago the annual indie awards were distributed over at indiedb.com. War of Rights got a great 2nd place in the category “Best upcoming indie game”, so thank you to everyone who voted on us!

Can't wait! Wish I had been able to donate!

Thank you! You can still pledge at: Warofrights.com

so how will this compete with Warband? can we expect 200+ player battles like Warband?

We're not looking to compete with Warband.