The Fall of Gyes is is going on Steam Greenlight after the release on AppStore. 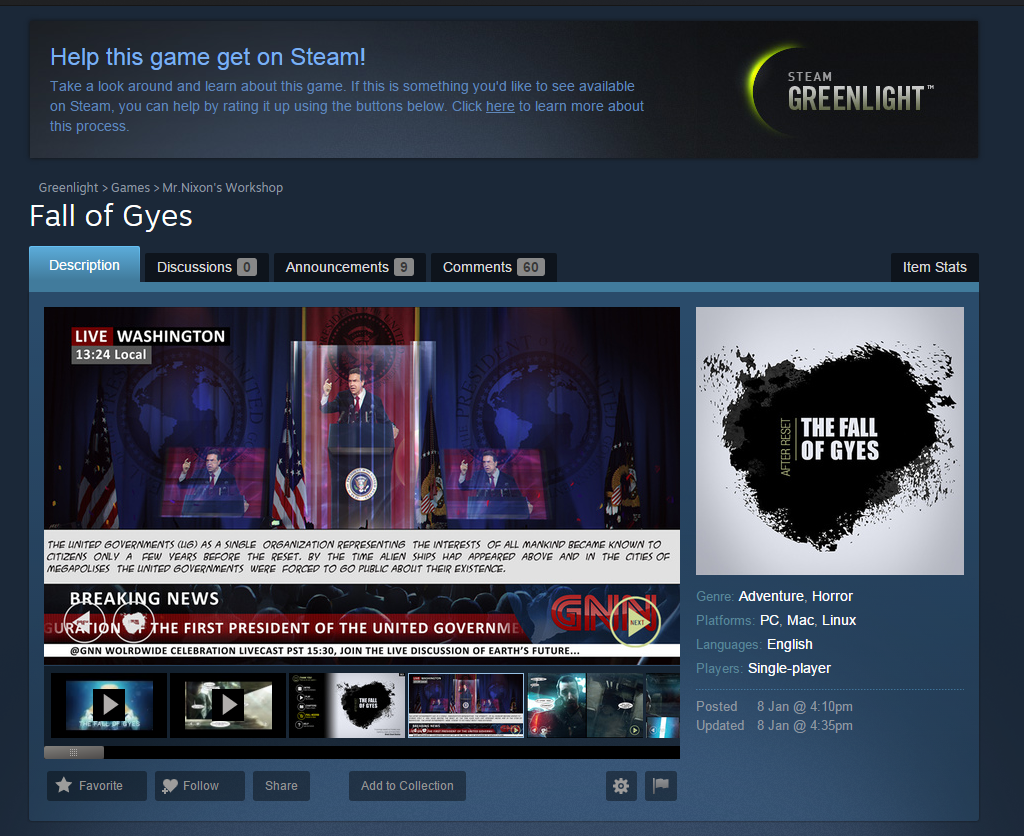 The Fall of Gyes is a sci-fi kinetic novel with stunning cinematic quality and an intriguing story inspired by classic sci-fi horror films of Ridley Scott and and made in After Reset™ setting.

Originally it was based on the successful Kickstarter for the Fall of Gyes graphic novel. We tried to create a kinetic novel that has the same cinematic and storytelling quality of classic films like The Thing or Aliens, in a claustrophobic atmosphere where no one knows exactly what is happening or who the enemy is until disaster strikes. We've recently published that kinetic novel on AppStore exclusively for iOS.

A year ago we also published the concept of the Fall of Gyes kinetic novel here on Greenlight as a concept (though I occasionally deleted it :) . Now I'm posting TFoG here as the game which is ready to be published not long after it is selected by community. So if you'd like to see and play our game on Steam, please, vote for us :)

Despite we’re just small indie, I reckon, with time we even will be able to add full voice acting for the FoG. For the maximum enjoyment, the game is intended to be played before a sleep in your cozy bed. The price is intended to be just several dollars (right now it is free on AppStore with the ability to back us as much as you like. If you like the game, all funds we receive from the FoG will be used to make more of such stories with more choices (leading it to be like painted Telltale's games finally) and to extra invest our primary "big RPG of the dream" - After Reset RPG.

Thank you, guys, for your support.