Well,about a half a year had passed,and as awkward as it may seem the visiting count had maintained at a higher number since the official shutdown.Any how about the news...

I'll begin with the bad news then
1. No one had contacted me to take over the project
2.There is NO progress on the game development (i would've said at least something if it'd be a surprise or something)
3. I hadn't gotten better at coding,so no chance i'd restart the game developement (+ the amount of my free time had only gotten smaller)
4. I was inspired (by a BRS mod) to try and create an Shaman King Mod,yet did not succeded (once again was bloked at the coding part)..mod for Dragon Nest: Warrior class

Fyuh..finally those ended
Now to the not so bad,maybe good, news:
1.The model for Dragon Nest modding i've released for free noncommercial use: Kaycornea.deviantart.com 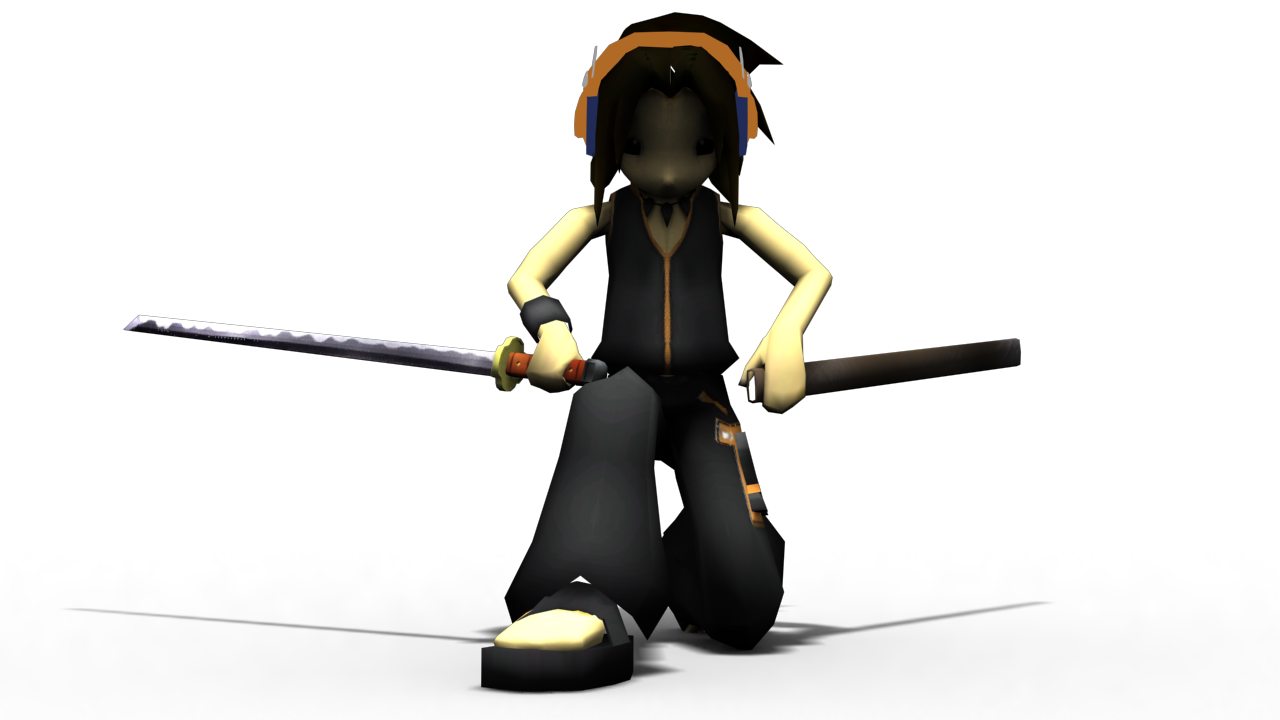 2.Theres already an existing DN Mod of Yoh and Hao (not made by myself,credits to the guy who got it done) :

Which can be downloaded here (after registration,and figuring out the language):
Playdn.com

Oh,and just in case anyone's still visiting my LiveStream,i'm rarely going online,most of the time i just record my work

I did have an idea for how the project could go in a different direction. (However, the last few months have been really busy for me, so I haven't formally written it up).

Since some of the world elements are built, and the characters... why not try to make it a movie instead of a game? It may be easier to build a team with more video-making skills rather than video-game programming skills. It could help get past the limitation of a free-roaming game-world by only viewing it through a "camera's eye" for shorter scenes.

If you think that may be a more do-able task we might be able to put some more life back into the progress you've made so far!

Actually i've considered such an idea since the moment i've made that cutscene (which was to be a thanking gift for the ones who created some assets as well,and an secret lip-sync test).The letdown point was that the whole game thing was for me an intro into the UDK,which i couldn't get thru.

So about the idea itself,if it was to make it i'd use my 3d soft for render scenes perspectives and such,rather then Unreal Engine,for certain models (in aomori station,and the landscape+water in the Osorezan [built-in tools ... most likely unexportable] ) where taken from engine's default library,so i'd need to recreate those.Although my real problem stays the same as it where before - TIME (studies consume too much time)

I shall see about it...only that it'd be far more faster to gather up a team for either of such purposes,instead of waiting till i'll develop Chronokinesis or end my studies