Here's some screenshots and info about our map depicting the Siegfried Line or Westwall!

Westwall is a large map, with open areas interrupted by trenches and bunkers. The German spawn side of the map has a barracks, along with some unfinished trenches in front. The American side spawn has two houses, a small storage building, and a road with some tanks parked along it. The center of the map has 4 small bunkers connected by trench lines. You can take the high ground in this map by controlling the large barn adjacent to the bunkers. On the other side of the bunkers you'll have a recessed area with some decoy wooden flak guns. This map features the German and American factions, and works great with a lot of players.

End of War 1945 releases soon! Be sure to wishlist and follow us on Steam: Store.steampowered.com 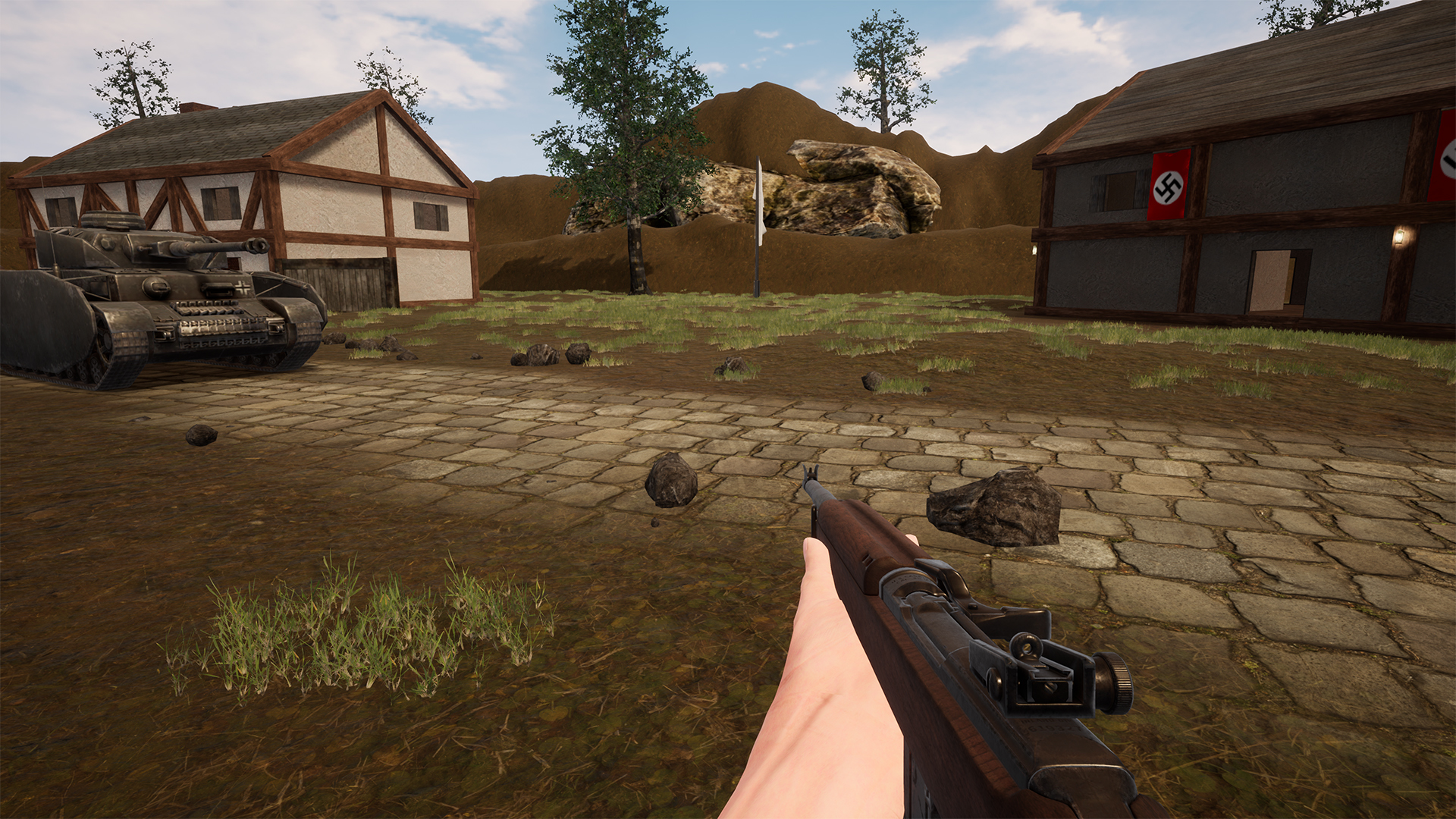 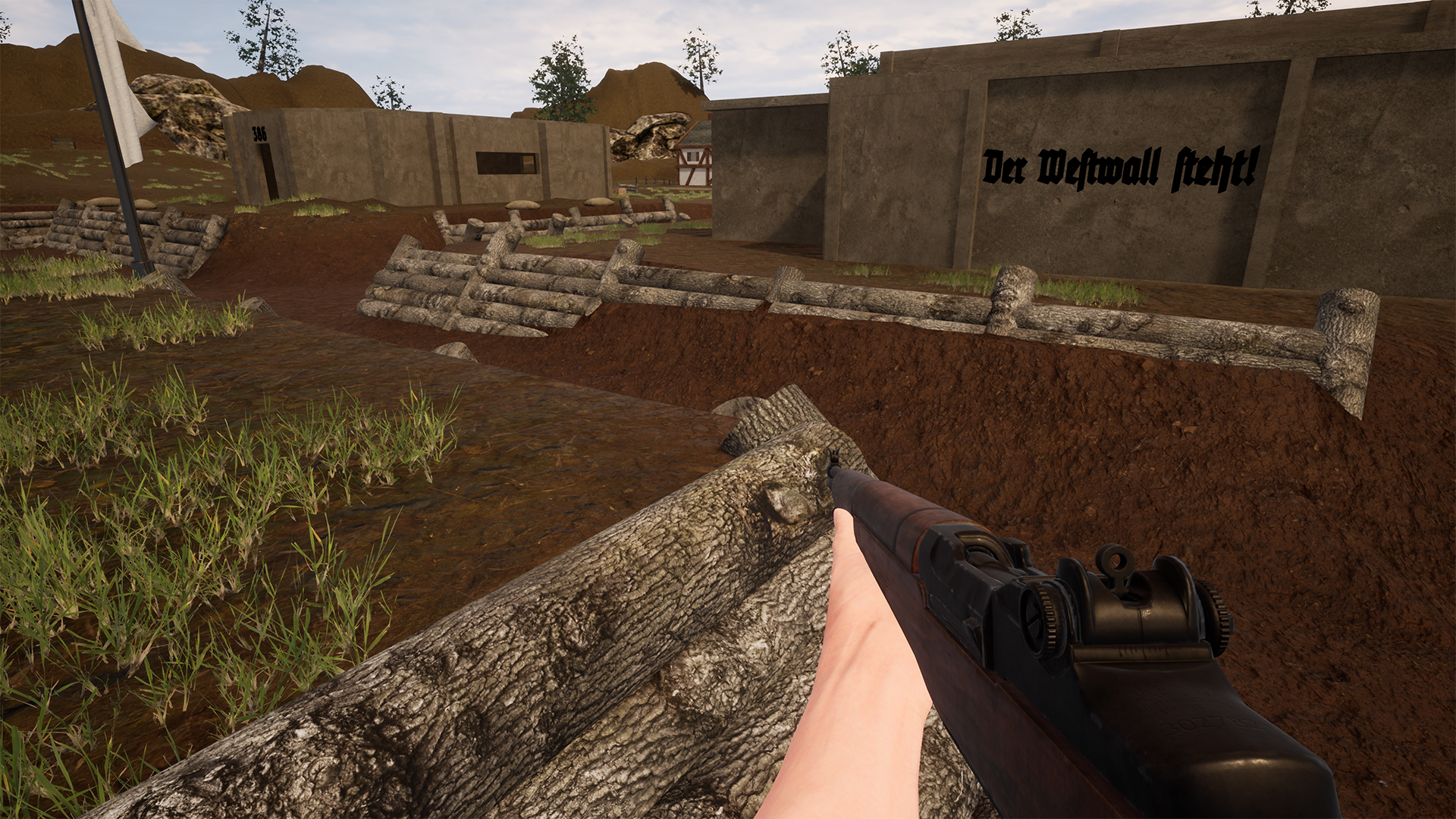 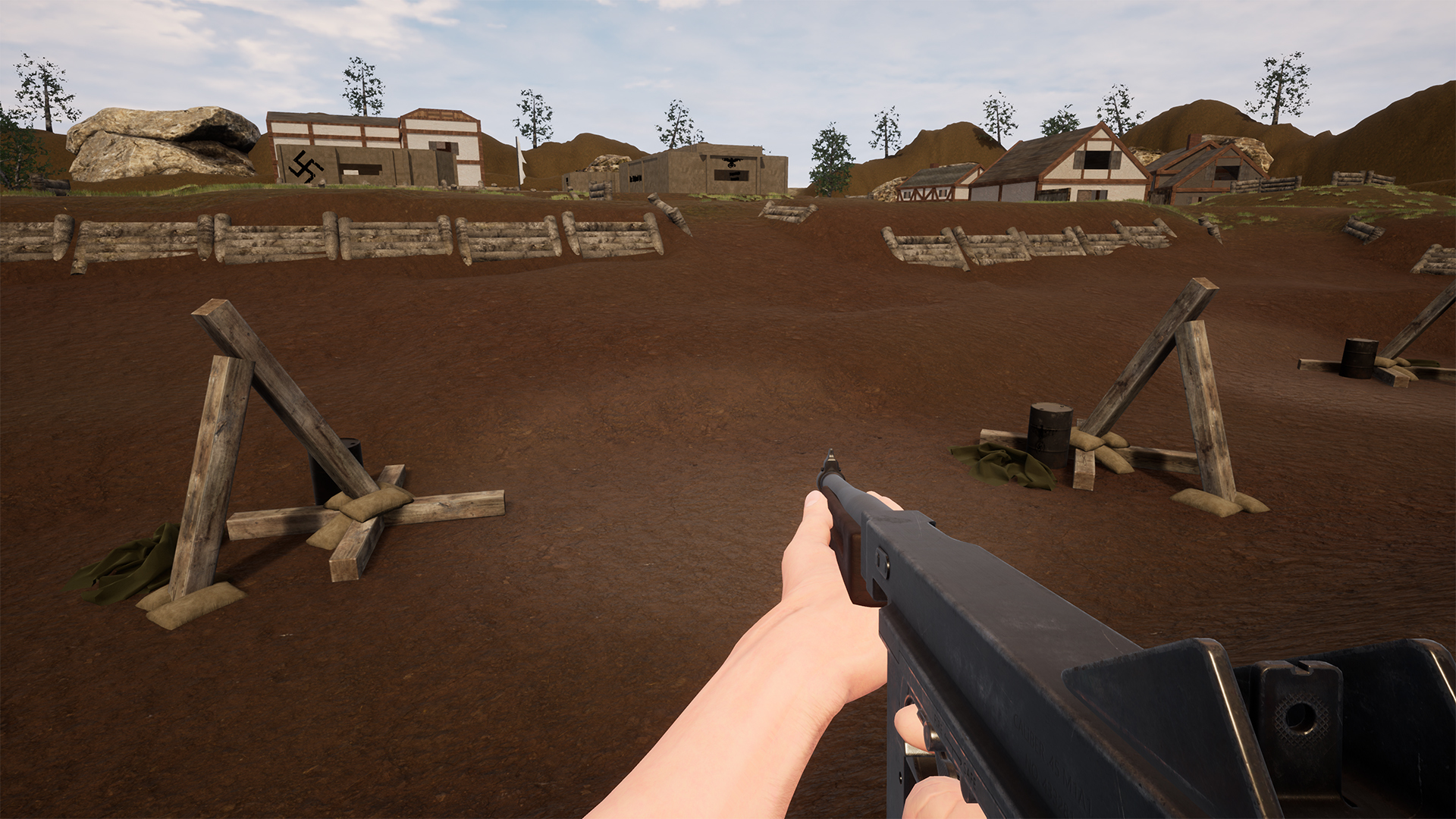 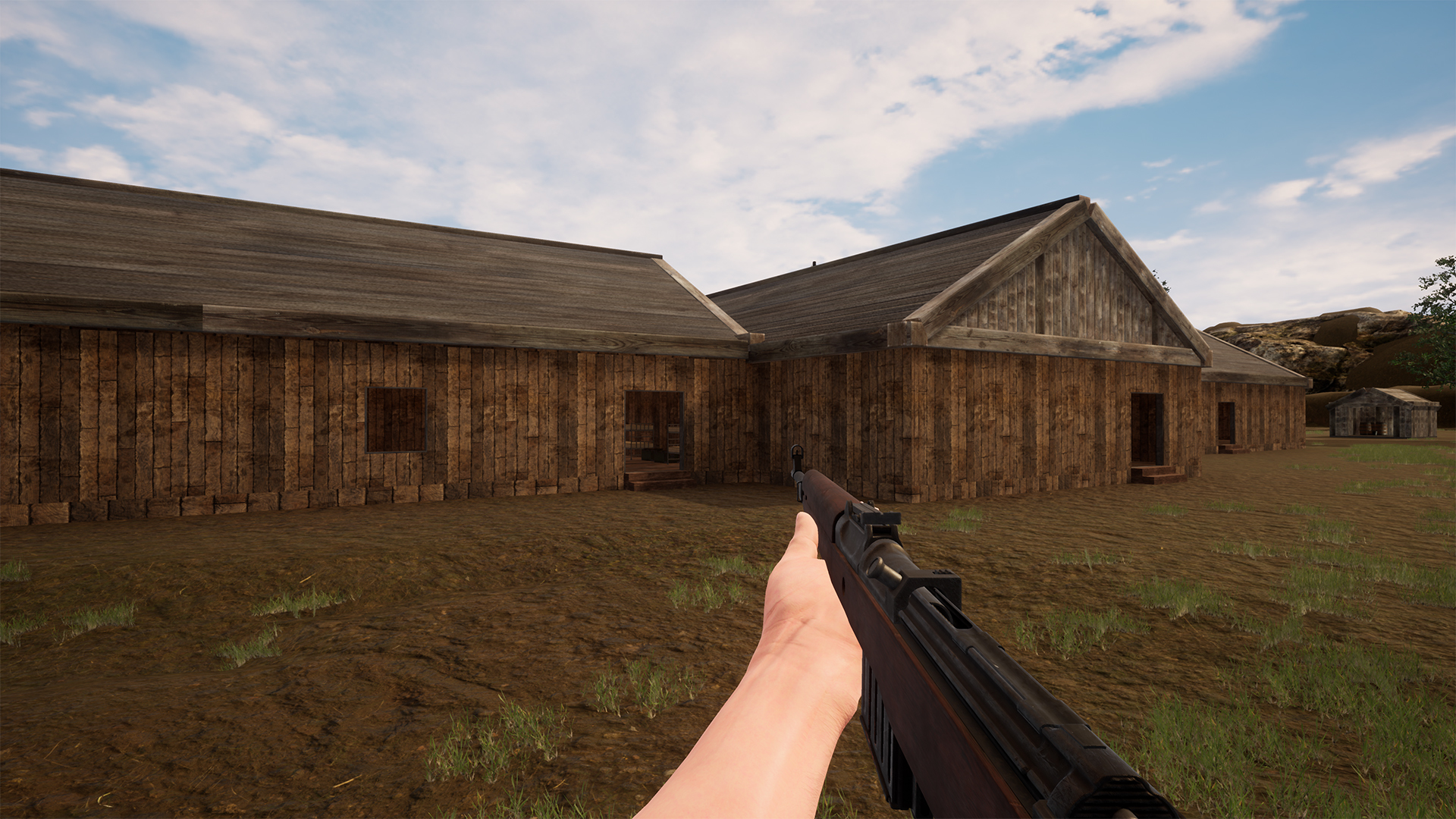 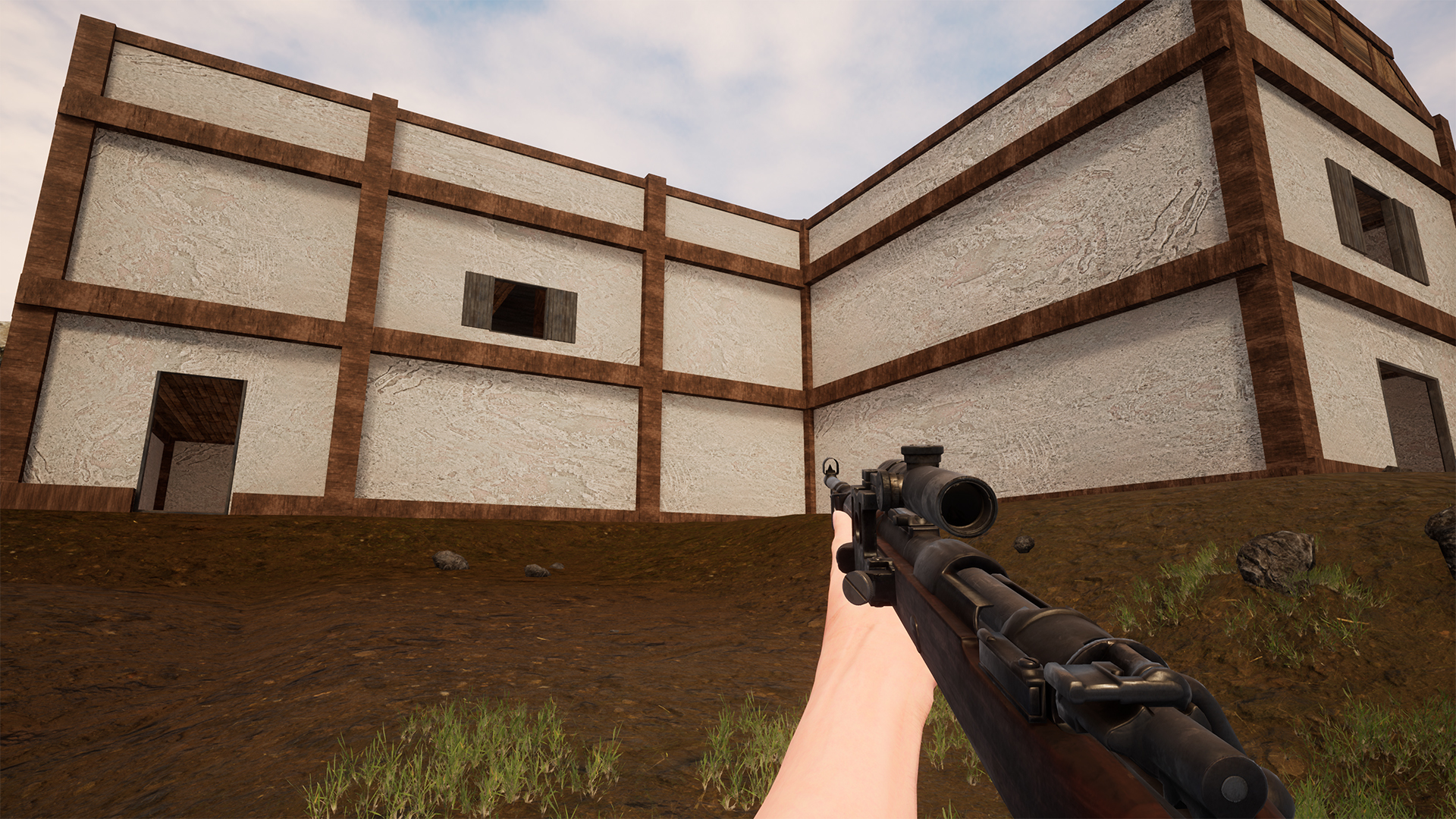 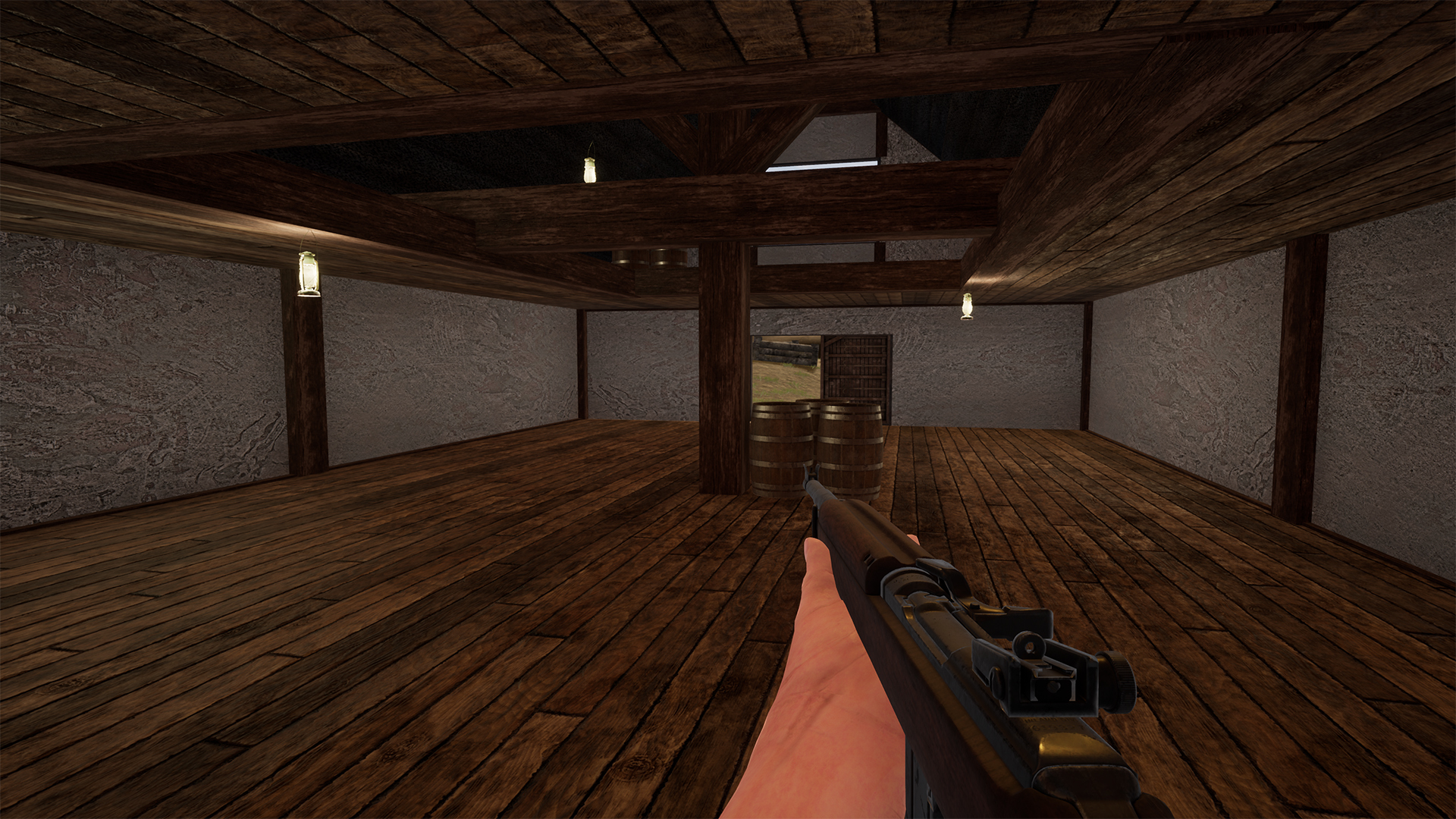