The gas type character Oxygen, is as flammable as her personality. In Reaction she plays supporting roles, helping in ganks. But on your command, she can change her play style to a versatile damage dealer, that dashes out stuns and burn attacks. 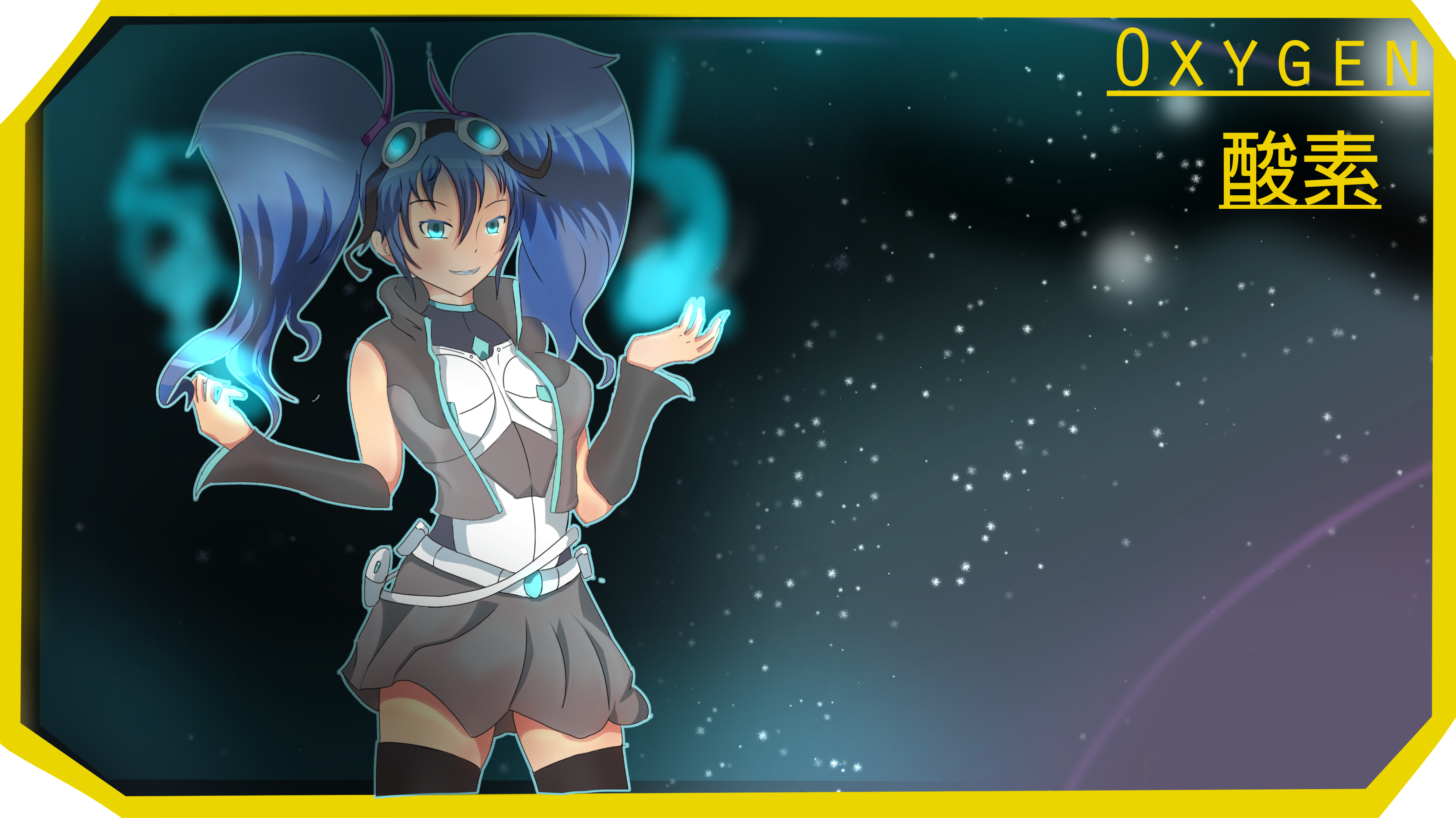 Oxygen can either be played as a support that heals and give buffs to her teammates, or as a damage-dealer that slowly sucks the life out of her opponents (or both at the same time!).

This versatile play style lets her adapt to teams that need different tactics in specific stages of the game.

In this article, you will discover a new ability type: Mixed. Spells that are flagged with this cast type can operate passively as well as they can get casted.

Oxygen moves freely through the air and other units. She also applies a small amount of oxidation to her enemies with her basic attacks.

Oxygen uses the magnetic fields around her to move faster, and anyone near her gains a speed bonus based on how close they are to her.

Oxygen and allies around her gain gas defense based on how close they are to her. She may use this ability to give allied units around her a small shield that absorbs damage for every hit.

Consumes unused Oxygen atoms on use.
Oxygen gathers the energy from any enemy units around her and gives it to herself and her allies around her.

On the surface, oxygen appears to be an egocentric pessimist. She despises taking orders, and she views herself as more important than anyone else around her. Deep down inside, she has a reason for acting this way: she has been let down too many times by people who she trusted. She knows now that the only one she can trust is herself.

She also misses her old lifestyle as the daughter of a noble, and will not hesitate to remind people of it.

Oxygen is a slightly blue, nonflammable gas, but it can oxidize other elements or compounds, making them more flammable. Oxygen was once thought to be necessary for all life, but this was later shown to not be true. Oxygen makes up roughly 65% of the human body by mass, and is the most abundant element in earth by mass, but the third most abundant in the universe. Breathing pure oxygen can be dangerous, as is any good thing in a large amount.

Very cool and you unique game idea. I am definitely going to keep my I on this game. Based on your summary of the game, is the mechanics based on wombo combos?

Haha, something like that. Though we will make sure the game can still be fun if your team isn't working with you, the really cool, game changing mechanics and surprising effects will be in the combos.
Then again, you can also make a reaction by stealing the enemies' atoms, so there can be multi-team wombo combos. :)