A new update for Daily Chthonicle - Editor's Edition was released on Steam Early Access, itch.io, GameJolt and IndieGameStand. Here is a list of new features. 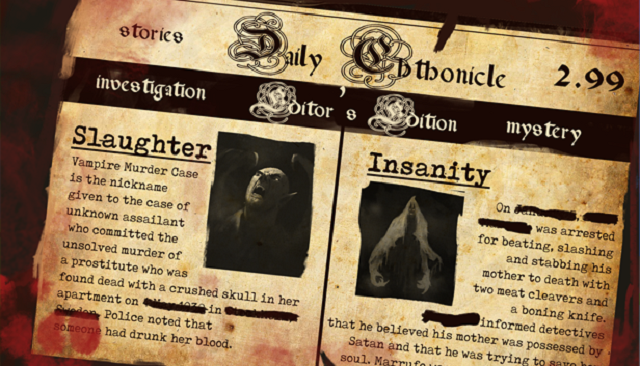 The cursor shape now changes depending on what lies underneath. The standard arrow cursor means the area is noninteractive, while the hand points at clickable hotspots and the scroller cursor tells that the area may be scrolled with the mouse scroller or arrow keys. The main menu and manual booklet drawers change the shape to arrow with a question mark.

The reporter's character sheet may now be flipped around to reveal their description, training, skills, and any temporary magical effects, including apothecary items side-effects and quest rewards. To flip the sheet around, click on the reporter's name.

There is now an in-game booklet with the quick guide, reference and complete manual, that can be accessed with F1 or by clicking on the right cupboard of the desk. The manual was updated to cover all gameplay features, including the laboratory work, equipment rules and details, and the newly added rules.

All equipment items now have a short description, instructing the player on how to use them. The item cards can be accessed by right-clicking on reporter equipment and items in the equipment shop, or by looking at your ally cards and clicking on the item icons next to the character portrait. 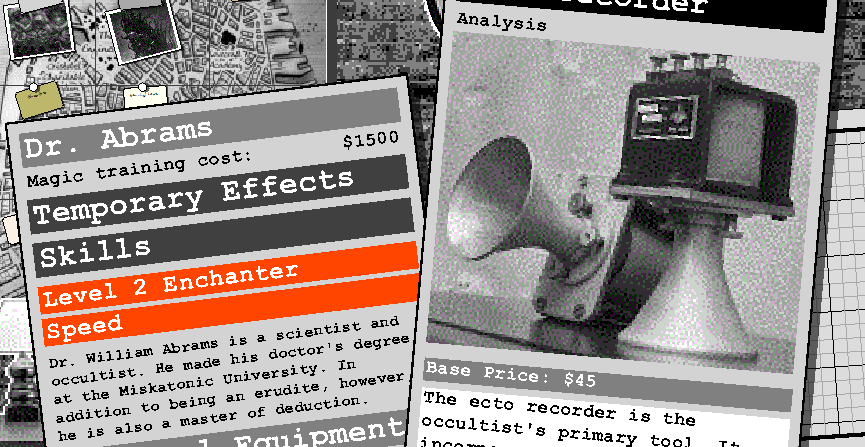 The game menu can now be accessed during gameplay using the ESC key or clicking on the left cupboard of the desk. The menu allows the player to turn the sound off or on, change the volume, save and or restart the game (not implemented yet), switch the game color scheme to Noir sepia, access the manual booklet, etc.

The short quick guide at the bottom of each card is now present on all card types. It was shortened and now links directly into the relevant chapter of the manual booklet. Simply click on the "Read more..." link.

Some occult items that are kept in the office inventory now build the divinating and occult power level of the office. This power (for now) prevents your reporters falling into ambushes. A crystal ball, for example, adds 100% while the tarot cards add 10%. Since crystal balls are extremely expensive and tarot cards are rare, this presents a new strategic decision between spending a piece of equipment or keeping it to keep the power level high. In the versions to come, this mechanics will be expanded with some other arcane abilities granted to the player when power level is high.

There is now an archive of all regular issues to pick up and read. To go there, go left from the window room. 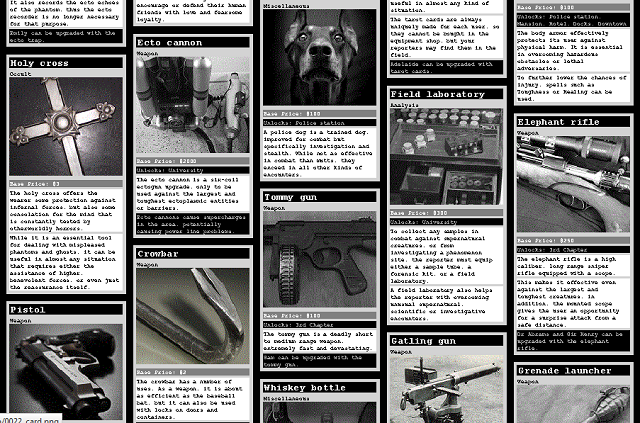 The game now has its proper soundtrack, composed and performed by Slovenian Jazz musician Marko Petrušič.

Emily now has a slight boost in willpower while Sam is boosted as a fighter. This information is reflected on their character sheets.

The tutorial now starts by introducing the manual booklet, showing the player the quick guide and the reference as the first thing.

Many new images (around 100), mostly because each artefact now has a picture of its own, but also some items, and some places that shared repeated images.

Easy level audio analyser only has 2 slides to control, making it much less demanding so to fit the stated difficulty level better. 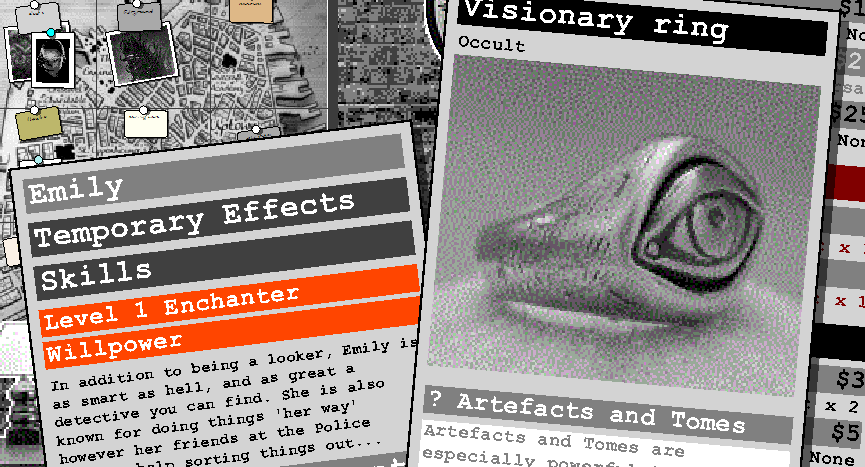 The detective and sample puzzles now properly reward the player with $ or the sample that was correctly selected.

Tutorial was updated and corrected at places, missing bits such as Audio Analyzer and Archive were added.

The tutorial no longer Auto Equips, instead, it simply points that option out. It was confusing when tutorial was instructing the player to Equip while the items were already equipped.

The game no longer has the player stuck when audio analyzer tapes are recorded during nap time.

Fixed the bug causing locations to stay on the map even when the reporter reported as "done".

You can now exit the laboratory cabinets when the lab order is shown.