This week I was polishing various parts of the game! I made Sector Six like 1% more fun and it makes this week good!

This week I was polishing various parts of the game!

One thing that I learnt about making games is that nothing in a game should disappear.
So now missiles that go off-screen explodes.
Enemy missile didn't hit you, but it hit something off-screen, instead of vanishing without a trace.
That makes combat 0.1% more enjoyable.

Also, now when enemy is destroyed, the explosion destroys nearby projectiles.
Like it would happen in real world.
Missile #1, missile #2 and missile #3 is released. Missile #1 hits enemy and destroys it.
What happens next?
In Sector Six 0.5.9, missiles #2 and #3 will go through the space where enemy existed few milliseconds ago.
In Sector Six 0.6.5 and real world, missiles #2 and #3 will explode together with destroyed enemy.
That's another 0.1%!

The next 0.1% comes from improved Death From Above ability, now its missiles are much faster and it feels more powerful and aggressive.

This week I have also made few changes to escort missions.
Defending carrier was awkward and barely possible with minions like veteran and dreadnought, so now you no longer need to defend it.
That makes escort missions into same boring destroy X minions mission with a cosmetic carrier above your ship, but hey, at least it works.
And I can always make carrier more interesting by making it blow up minions!

Oh, and about dreadnoughts...
Now they start appearing when you reach level 15.

What else? I added sounds for selecting/deselecting abilities, tweaked region entering/leaving animations, moved upgrade/downgrade buttons slightly... And that's pretty much it.

I made Sector Six like 1% more fun and it makes this week good!
Until next week!

PS.: I decided to postpone update for a week or two, since update is not going to be released on July anyway. 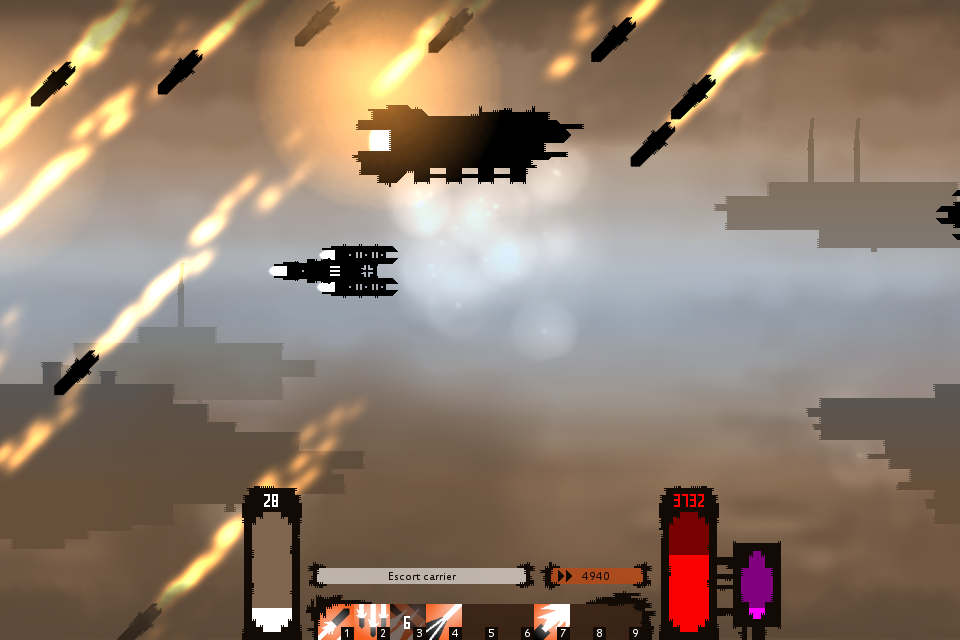