New tutorial has been tested by few players and it seems that players no longer get destroyed by tutorial enemies and don't get stuck in confusing interfaces.

I think that cutscene is pretty good too.
It should give better understanding about the war against the Machines and player's role in it.
I also made it completely skip-able, so people who won't like it, won't have to sit through it.
*glares at Skyrim*

After I have finished tutorial and cutscene, game was uploaded to the Steam and now I can run it from my library! I have saw my game's store page and got a fancy Steamworks Developer badge!

When game was in Steam system, I have implemented Steam achievements and leaderboards (It was really easy, although I don't know if it actually works yet!), made few large images for Steam cards, made many emoticons, made some logo images for Steam store and library, and so on!

Sector Six should be released on May, when it will get approved by Steam and when I will finish preparing game for the release! 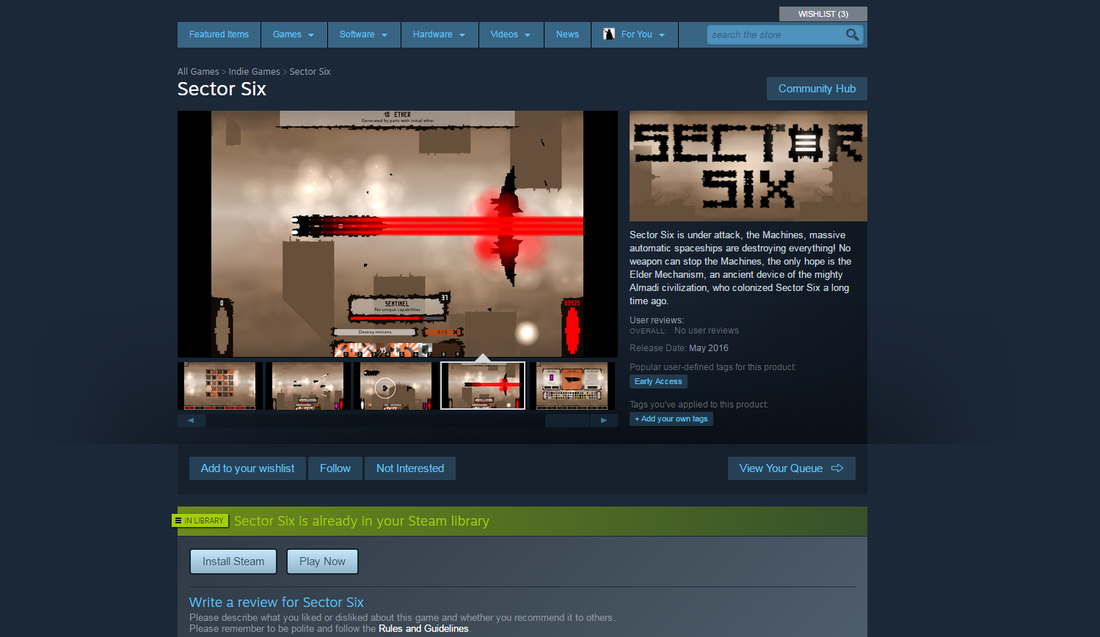