Get ready to test new combat! This week it has became even more interesting with shields and modernized veteran!

Combat overhaul is going very well!
This week I have modernized veteran and implemented shielding ability.

Cannons fire missiles and soak damage, while protrusions are veteran's weak spot.
Destroying protrusions is hard, but it's worth it, because every destroyed protrusion removes 10% armour from veteran.

And that is needed, because veteran is very hard to destroy!

Veteran is able to attack player from above, direction from which player has never been attacked before in Sector Six.
It has lots of armour.
Every 18 seconds it releases seeking crush ram, which deals massive damage.

The only way to prevent being hit by crush ram is to use shielding ability.

Right now there's only one shielding ability.
If used, it creates shield around player's spaceship, that lasts 3 seconds

If enemy projectile hits shield, it gets destroyed and player spaceship takes no damage from it.
That's what needs to be done with crush ram!

In future there will be more enemy abilities like crush ram, so shielding abilities will be very important.

Anyway, I got good news for everyone waiting for new combat system!

I am going to release new combat system preview soon!

I am not sure yet when exactly, but probably next Sunday.

The reason for this is that I want to see if players like the new combat.
If not, I can quickly abandon this direction and try other ways to make combat more exciting.
I don't want to waste months, since I am trying to finish game this year =]

Feedback will be more important then ever, so get ready!

So, until next echo or new combat test! 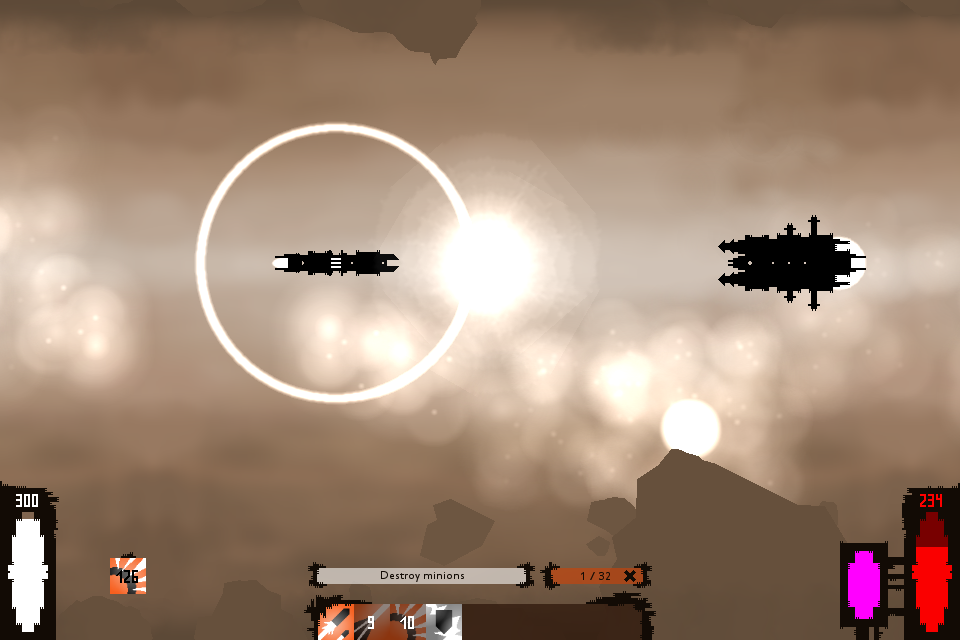