This week I have began to work on attributes!

Sector Six attributes aren't traditional RPG attributes, because what's the fun in making system that was made million times before?

Except that unlike normal passive abilities, attributes will not have level cap!
Also, attributes will have two effects, primary and secondary.
There will be four attributes and only one of them will be able to have active secondary effect.

Since Sector Six is not class locked RPG, spaceship class is defined by how much points are spent on each class abilities.

If, for example, player has spent most points on nomad abilities, spaceship becomes nomad class spaceship and nomad class is considered dominant.

Every class has one attribute.

If class is not dominant, attribute will only grant you primary effect.
Secondary effect is only given if class is dominant.

Hopefully this system will help to make game more complex and interesting!

Another thing that I've done, is the implementation of ability unleashing and unleash chances on parts.

That is the end of this week's echo, until next week! 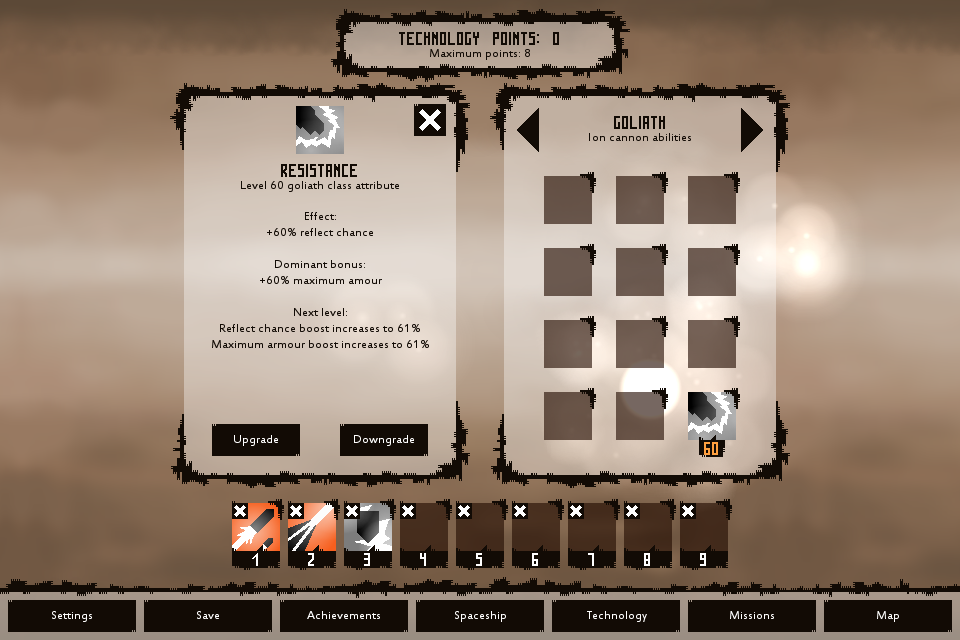