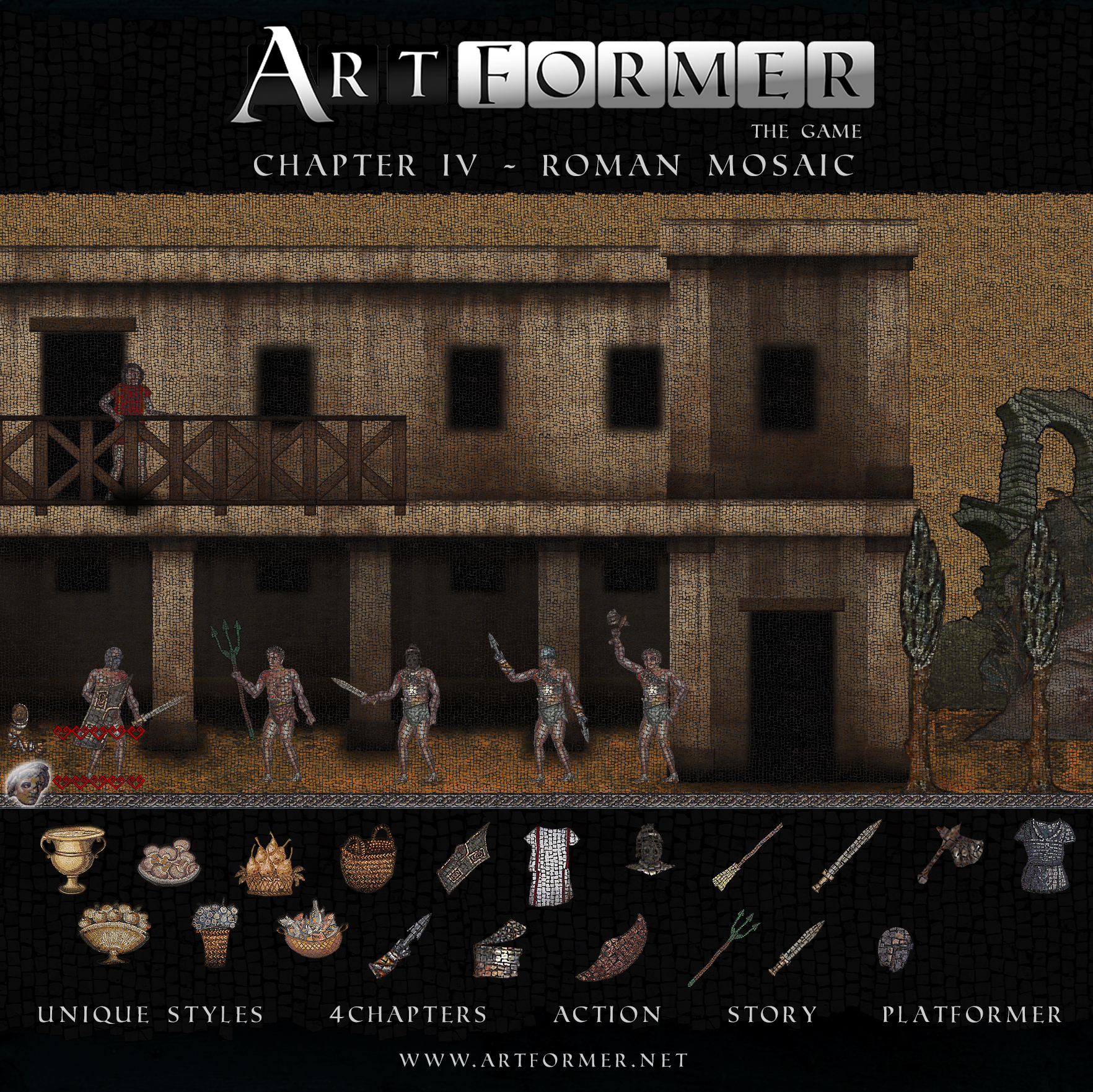 In early access you will find in stores Store.steampowered.com , the game includes all main features, including all four different historical styles you could see in our screenshots and trailers.

To unlock each next chapter, you have to finish early acces of prehistorical chapter. When EA of chapter one is finished, you can start Egyptian papyrus chapter and so on.

Storyline and gameplay of each early-access chapter is between 30 to 60 minutes, depending on player’s skill. Story-line playtime of final game will be aprox. 6-8 hours.

What features can you expect? Artformer’s basic gameplay in inspired by classic Prince of Persia games. You fight with enemies and travel trough hostile world, each of your step must be carefully considered, and bad choose can have deadly consequences.

You can move obsticles, climb a ledder, colect items, talk with NPC and solve their quests, which guides you trough the story of each historical era.

Since chapters 3 and 4, your character can change his equipment in inventory, store there his potions, story items etc. Since chapter 4, basic economy system is included.

You can also solve minigame puzzles, guide a ship or race on a horse….

There are many reasons why to try early acess of our game. We are harly working on the game you will enjoy. Playing early access is a great introduction to the story fot the player, and it helps developers to finish the game for you in highest quality possible.

Players owning early access of the game gets final game when released for free with no other payment. 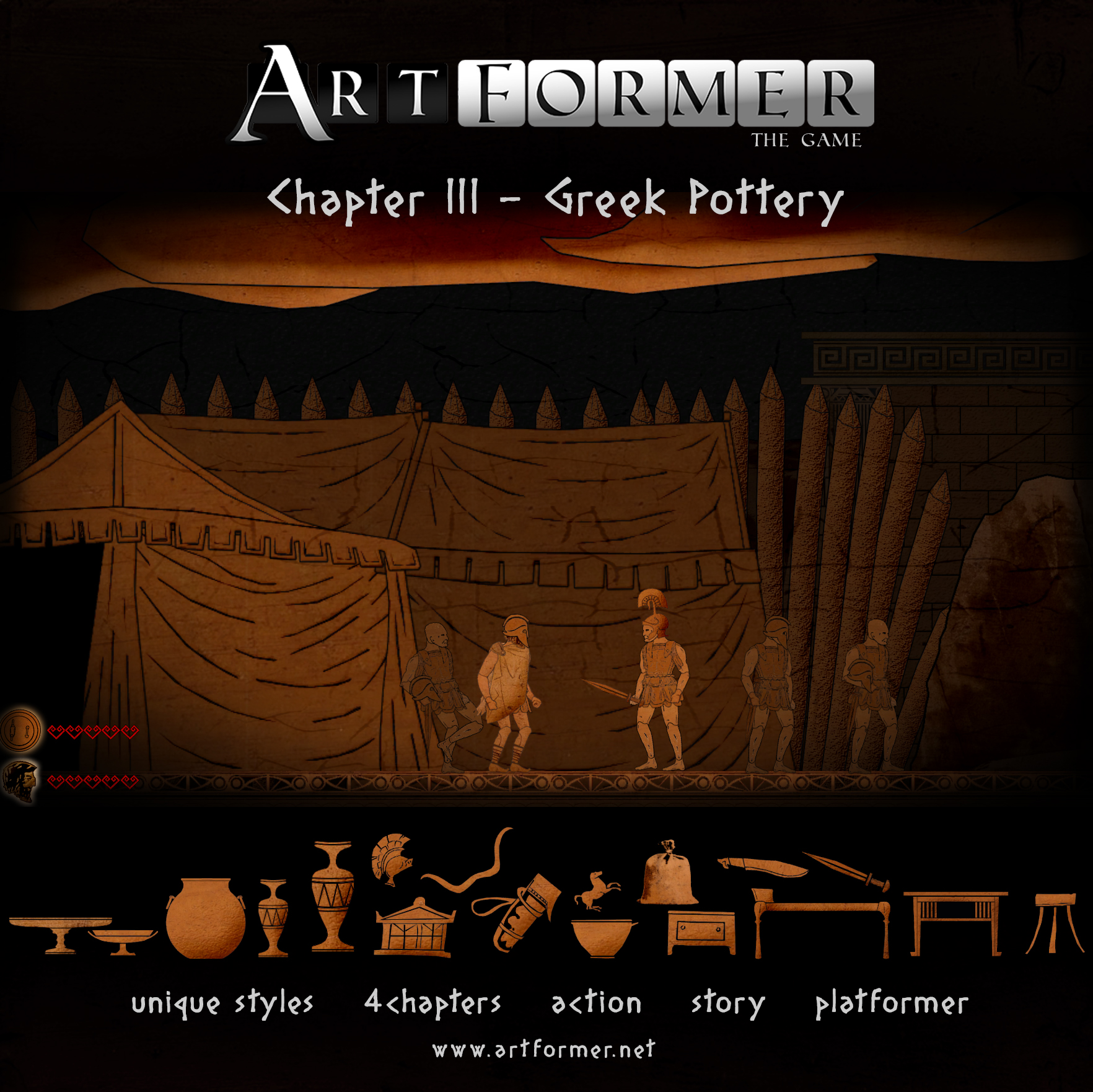