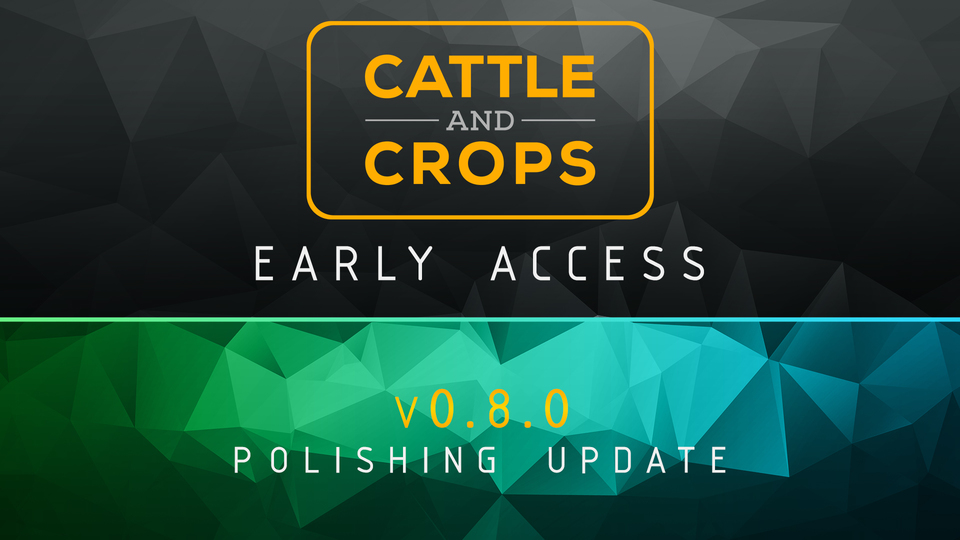 We’re here to bring you a nice little new game update: Cattle and Crops v0.8. In addition to many bug fixes and improvements this update includes a host of new features.

Bogy Pivot Trailers
We’ve adjusted and improved the vehicle physics and have adapted it to the specialities of bogy trailers. With this, both the jittering and sliding should be reduced heavily. Affected vehicles are the Joskin Wago, Strautmann SZK 1802-H and the Claas Vario header trailer.

Field Guidance System
The FGS has been expanded by a multitude of new features, including a height adjustment option for the visualization lines - especially useful when harvesting large crops such as maize. When rotating the direction it will pivot on the vehicle position instead of the track itself. Also included is a new vehicle offset method that’s useful for plowing or when using a side mower like the Claas Disco. Additionally all direction and length values can now be entered directly via keyboard.