We've started on dungeons both in spec and in engine, and have an in-game screenshot of a very early dungeon.

Over the past few weeks we've developed and implemented a complex procedural generation system for dungeons! The technology is intended to be tweaked and improved upon within the following months, and eventually we'll be ready to show as much of them as we can. For now, we have this single picture we're rather proud of. 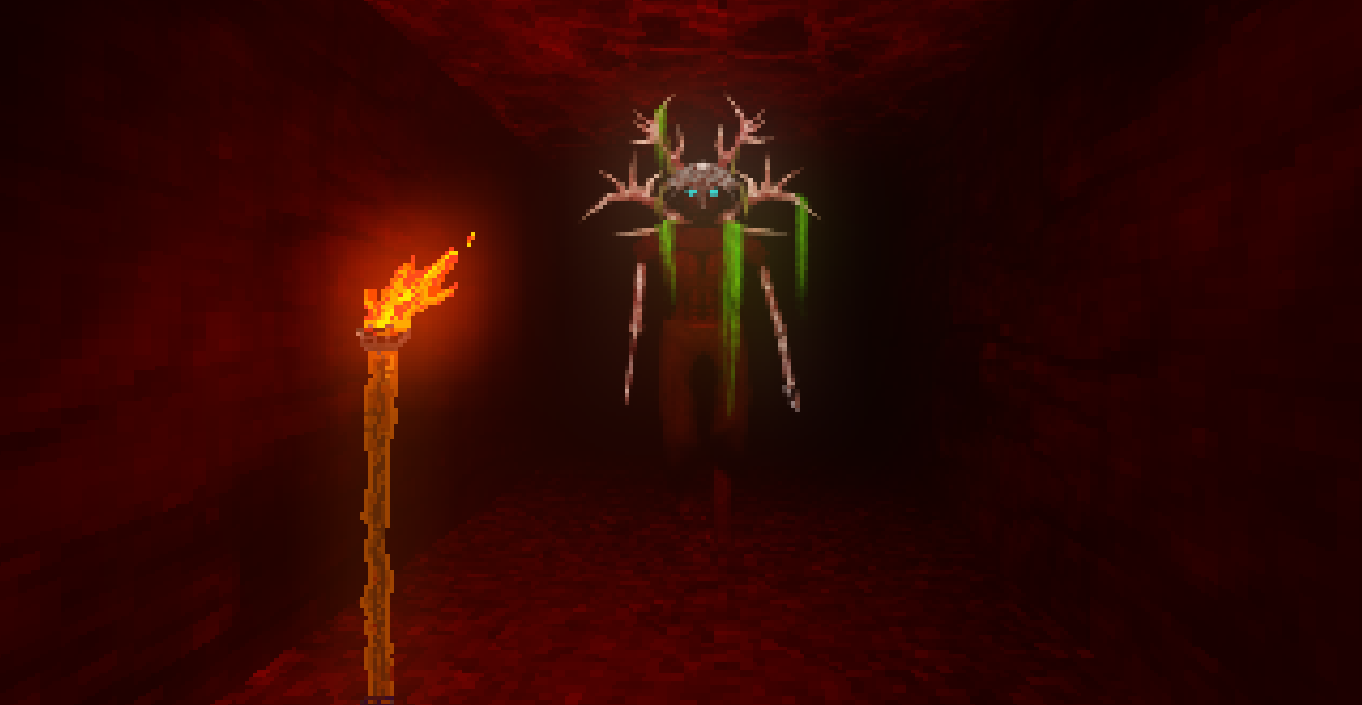 In Wrath of the Raven God, you'll find yourself getting immersed in the vast, almost claustrophobic dungeons. Sprawling with atmosphere and encounters, each dungeon provides an excellent challenge to the player that's also just as fun and rewarding. Dungeons are littered with decal and creatures, and are comprised of various different pre-made blocks, all are 64 stories tall. Each block can contain anything from mushroom forests, caves, mine shafts, dungeons, prisons, giant spider nests, etc. All main quest dungeons are carefully hand crafted. All other dungeons are based on a large list of thousands of blocks, some more unique than others. I intend to post some gameplay footage within the following months, however various internal systems are still very early in development.