Now that this version is completed the question is, what's next?? There are still some important game elements missing (tba). However, the basics needed to create a full working game are now finished. Therefore, the next version (0.1.9.x) will bring a new engine element that allows content creation - a Game Editor. This will allow me to start building the main quest for the game. Players will have a choice to continue playing the sandbox mode or play the new quest mode.

I have started on the editor and, so far, I have a clear canvas to draw stuff on the map and I created a new content window that acts like a toolbox. In the window, you can select object which you can drag on to the map. The things you can select so far are tiles, objects and creatures. Objects can be rotated and removed; tiles, such as ground and wall tiles, can be drawn. And I added a lights on/off switch to show/hide shadows that are cast inside the dungeon.

Blank canvas to draw on + Toolbox with Objects and Tiles 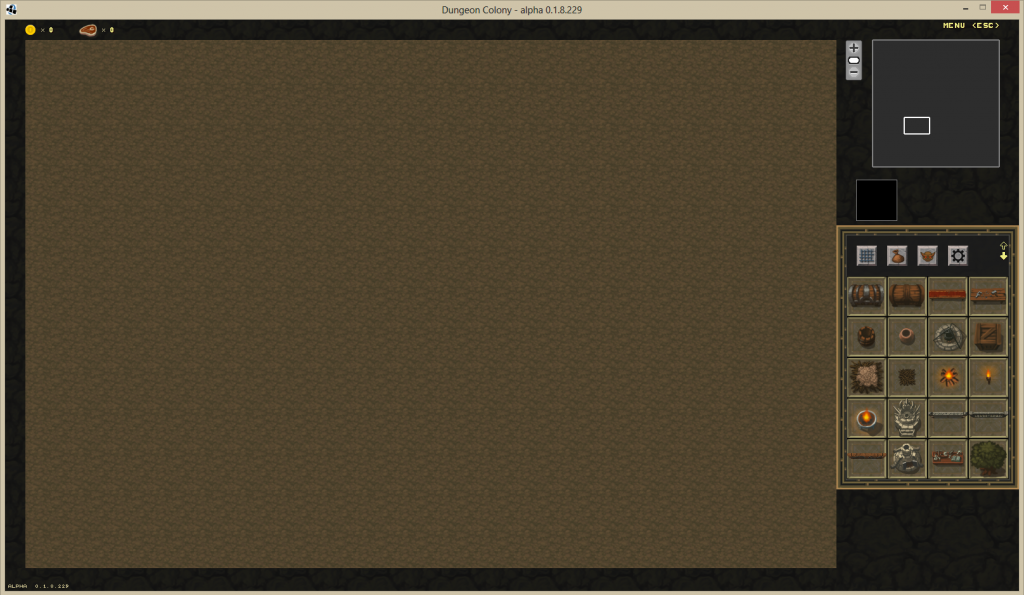 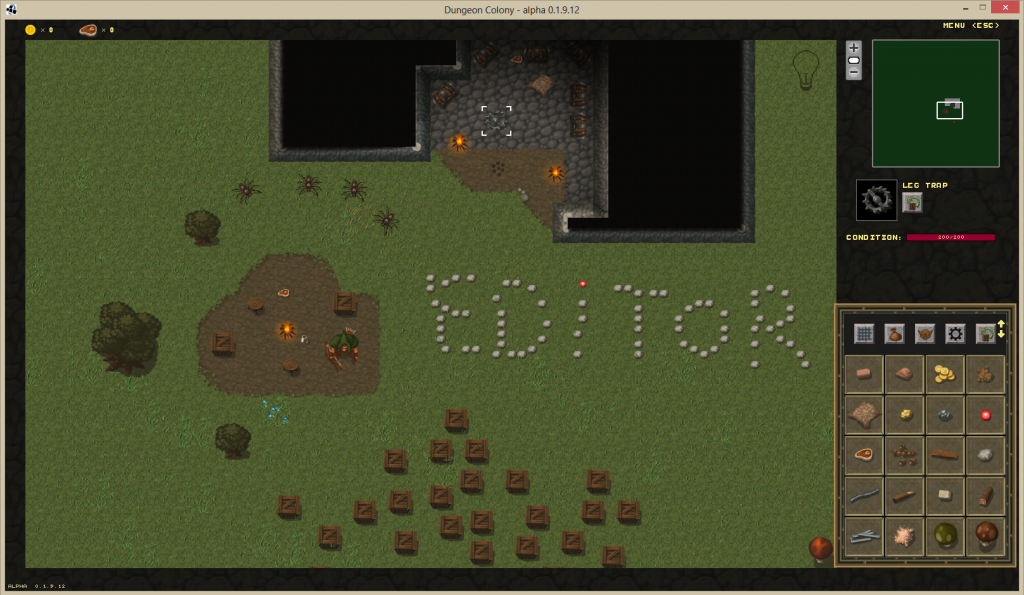 I am building the editor right into the game instead of making a separate tool. While it requires separation from the main game, including the editor into the engine should make level design more dynamic (i.e. cast shadows dynamically as you build a dungeon etc.)

Finally, due to instabilities from implementing the editor, this version won't be released until it is completed, but I will post progress regularly.

Yea, I am probably going to open up the editor to players too. ;p

Awesome, it definitely looks like you've made it very user friendly.