Today I added water collection to the game. You have to craft a clay pot to collect water. That requires you to collect four slabs of clay from dirt walls. In order to collect water just click on a water tile and wait until a worker does the rest. If you crafted a pot and have it stored somewhere, the worker will find it, pick it up and carry it to get water which you initially selected and then return it back to an empty storage container. They will do that until all empty water pots are consumed. In that case the water-source will automatically be deselected: 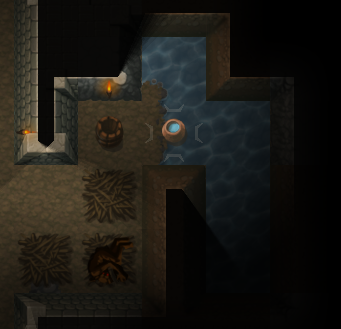 Water is still useless, but I have simultaneously been working on advancing some other game elements to start using water. One of them is the Cooking pot. That will most likely be added to the next release. This release (v.0.1.8.57) also includes some other changes. I have decreased the shadow by a few shades, (what I mean is that I made it lighter and easier to see through :-p). Now you can see more detail of the wall behind the shadows and on top of the walls. It also makes shadows look a bit more natural and creates nice effects [Unfortunately, in the screenshot below, all the white space around the image makes that hard to see :-(: 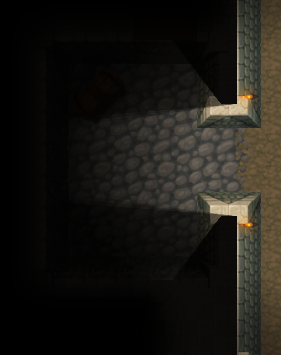 Here is the summary:

I've been spending time with new assets and working out more nature for the outside world.

Till next time aand...

If you haven't tried it yet, download and support Dungeon Colony here!

hey figalot! thanks for your feedback =D