Don't Move is a game about ninjas, failure, ludonarrative dissonance, and player manipulation. Best of all, it's free!

Don't Move is out today! You can get it here:

Do you like videos? Check out the official trailer for Don't Move:

If you want more information on the game, read on! 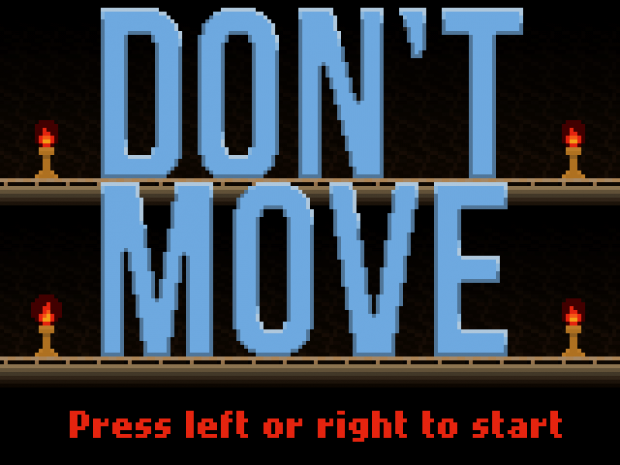 What do I need to play Don't Move?

This game is compatible with any Windows PC. I may release Mac and Linux versions in the future, if there is a demand.

What kind of game is Don't Move?

Don't Move uses a simple sidescroller format, but don't expect a lot of platforming. In fact, it might be best to consider Don't Move an experimental or art game. 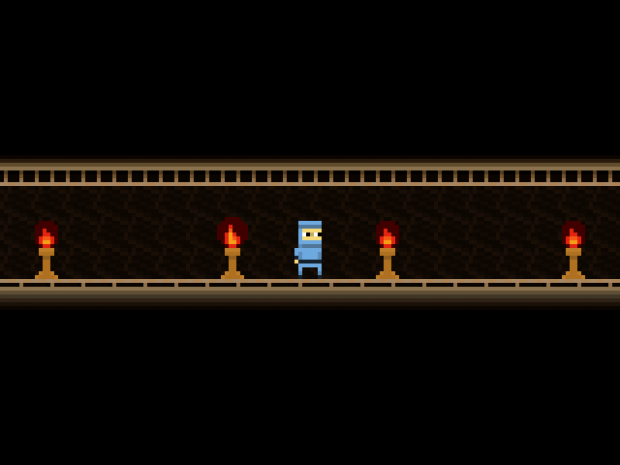 How much will the game cost?
Don't Move will be 100% free.
Update: While I originally wanted the game to be supported by sales of the album, this proved to be untenable. While this has worked in the past for other games (see: Frog Fractions) I managed several thousand downloads but only one album sale. Don't Move is still available to try at no cost in several places, but to receive the album, mobile versions, and updates, I ask that you pay for the game.

But I really, really want to give you money for this! How can I?

Oh man! Well in that case, you may be interested in buying the extended soundtrack from Bandcamp. The album is 10 tracks, most of which are unused music made for the game. All songs were made using an authentic NES sound chip emulator. The album has a minimum price of 50 cents (required by Bandcamp) but you can pay as much as you like! You can even stream the whole thing here for free:


Why should I buy the album?

The album comes with "limited edition" "artwork" and other secret stuff, not to mention seven tracks which are not in the game proper. Also, the first 24 people to buy the album and include their Twitter handle in the "Include a message" box will be tweeted part of a mysterious code for use in Don't Move. What could it be? Only time will tell!
Update: This code is now included in the game proper instead. Happy hunting! 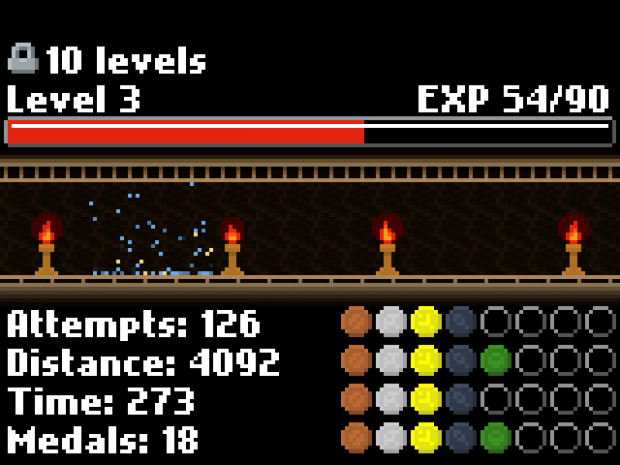 How long will it take to complete the game?

I can get to the "end" of Don't Move in around 50 minutes. However, there are several (intentionally) obfuscated puzzles in the game, and you'll need to figure them out to finish. The game does not make these puzzles obvious or easy! If your progress is stymied, there's something you need to figure out. After a while, I'd imagine the solutions will be available online somewhere, but early players (or those who don't want to look up the answer) may take somewhat longer to get to the "end".

Also, after beating the game, you may find there is more to do! This additional stuff is intended merely to serve as fun rewards for those who choose to invest extra time in the game.

Thanks for reading. Let me know if you have any further questions!

I love the idea. gl & tracking.

This is strangely fun. Then I realized that I was striving to get these achievements by doing the most mundane things... which made me feel dirty but in a light hearted way. Art and sounds and everything is very polished and I loved every bit of the aesthetics. This is definitely an art game or "one of those games" but I had fun and that means you're using your platform well. This would be well suited on a portable device.
Also great to see more free games on here, which is great because its something I can send around to friends and on social media.

Got the game via a Humble Bundle and just spent the last hour on it. Got to what I thought was going to be the end, but now I've got letters on the screen based on my directions. DAMN YOU!!! :)

Grr, shortly after I posted I managed to get to that Game Over screen. Took 56 minutes and 39 seconds, and 2474 attempts. Anyway, thanks for making that. It was a weird mix of fun and irritating. That said, I'm not going to get any further than that 1% ;)