Check out the new Dominoze concept art and in-game video of dominoes falling!

The hardest part about Dominoze was coming up with concept art. For the longest time I haven't given much thought to it (other than everything been wood textured and photo-realistic because that's the extent of my art creativity); so I asked Bryan Taylor of Binary Studios to give me a hand. The ruling was this: Papercraft and patchwork. After consulting with Meta3D studios to help us get the rest of the way, they came up with this: 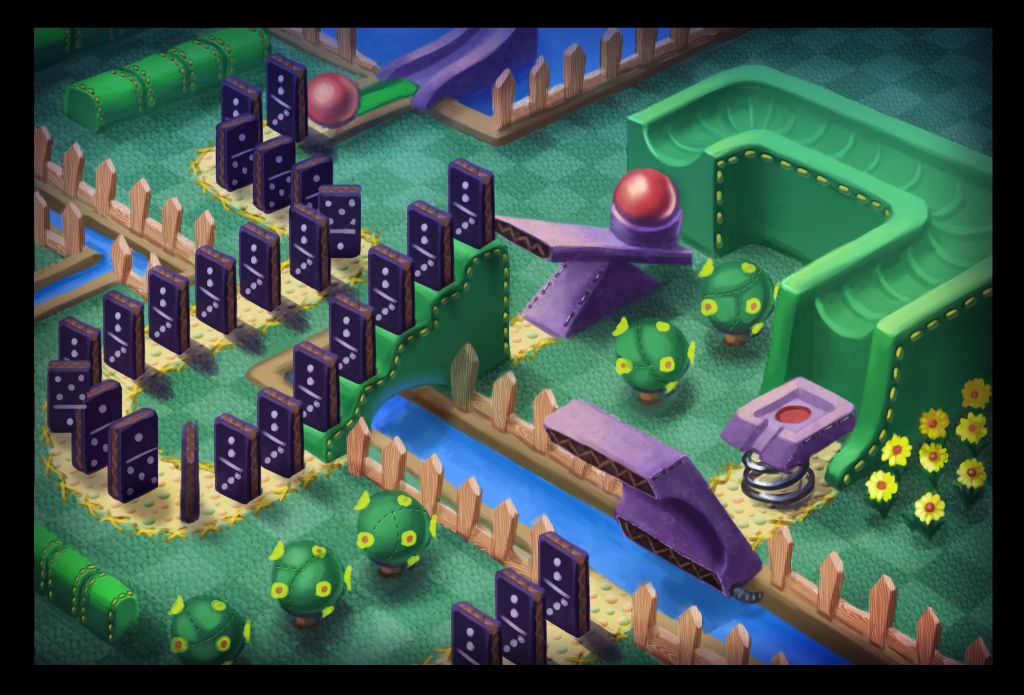 Boy is that cool! It inspired me to hit the ground running harder on the design side. One of the lessons I learned about a project like this is you need to do as much as you can on paper before you do any coding, and that you should take no detail for granted. As a result, I was able to implement this in maybe ten hours worth of development:

Any seasoned Unity developer could take the shortest path of work possible to get here in maybe a few hours tops; but like I mentioned before, leave no detail for granted! Here's what you don't see in the video:

The goal for the next update is to be able to add boxes as well, stack them up, and create "stairs of dominoes." Great care must be taken here; for instance there could be thousands of objects in the scene...raytracing could get painfully slow on mobile devices. So don't expect it to get done overnight!

Oh, and Dominoze now has a page on Facebook! Nothing big to show there yet, but development marches forward!