Greetings everyone! We fell off the radar for a bit but that doesn’t mean that we were idle all this time. Our team has been working non-stop and this is what we have accomplished thus far…

It’s hard for us to list all the game features that we have improved on in the last few months. Our primary objective at this point in time is to make the game client playable as soon as possible (even if right now it has minimal functionality). 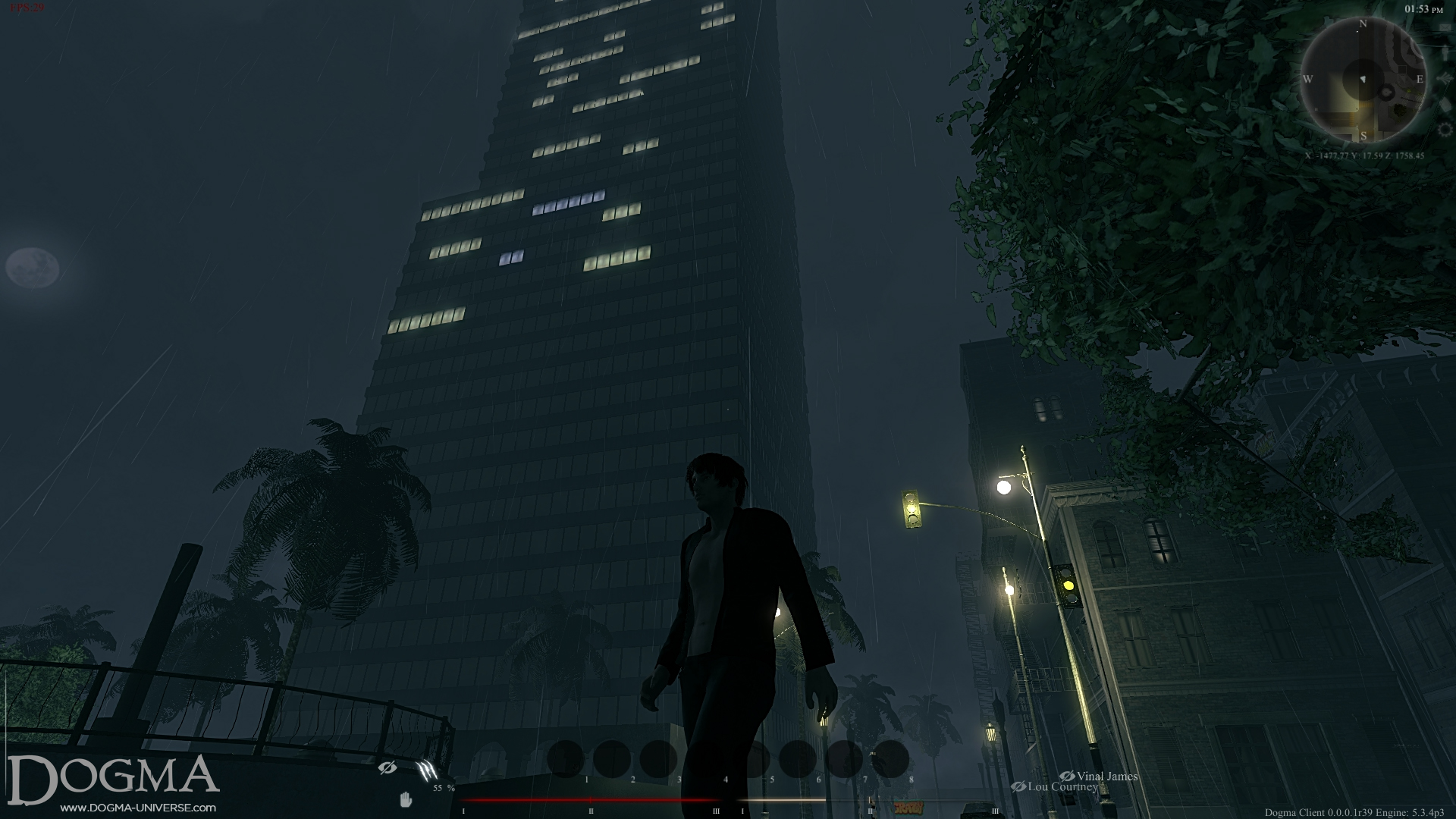 To start things off, one of our most significant updates was focusing on the AI of NPCs that fill our first playable city. Mortals now react to your actions, they get scared and act accordingly if you wield a weapon or are too suspicious. Furthermore, we taught NPCs to memorize your character if some of your actions influence them directly. Every NPC will have their own name, appearance and personality so in that regard each response from them will be unique. 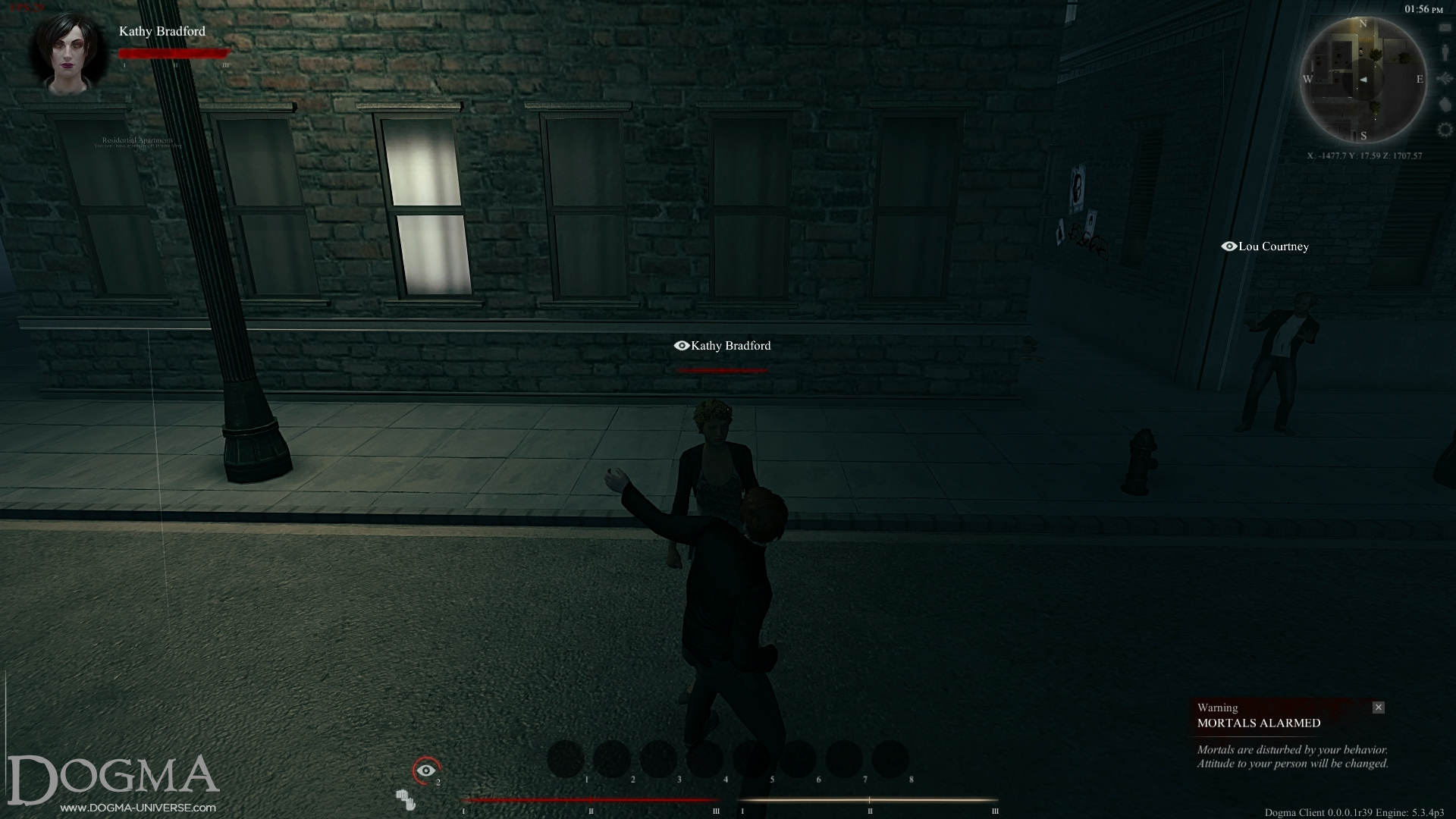 We also continued working on the environment. The displayed screenshots are a small part of our first metropolis that some of you might recognize.Our modellers are determined to bring the highest quality product for an end game. But such dedication requires funds and resources to dedicate to such efforts. Remember that with each pre-order we are one step closer to reaching a finished product. 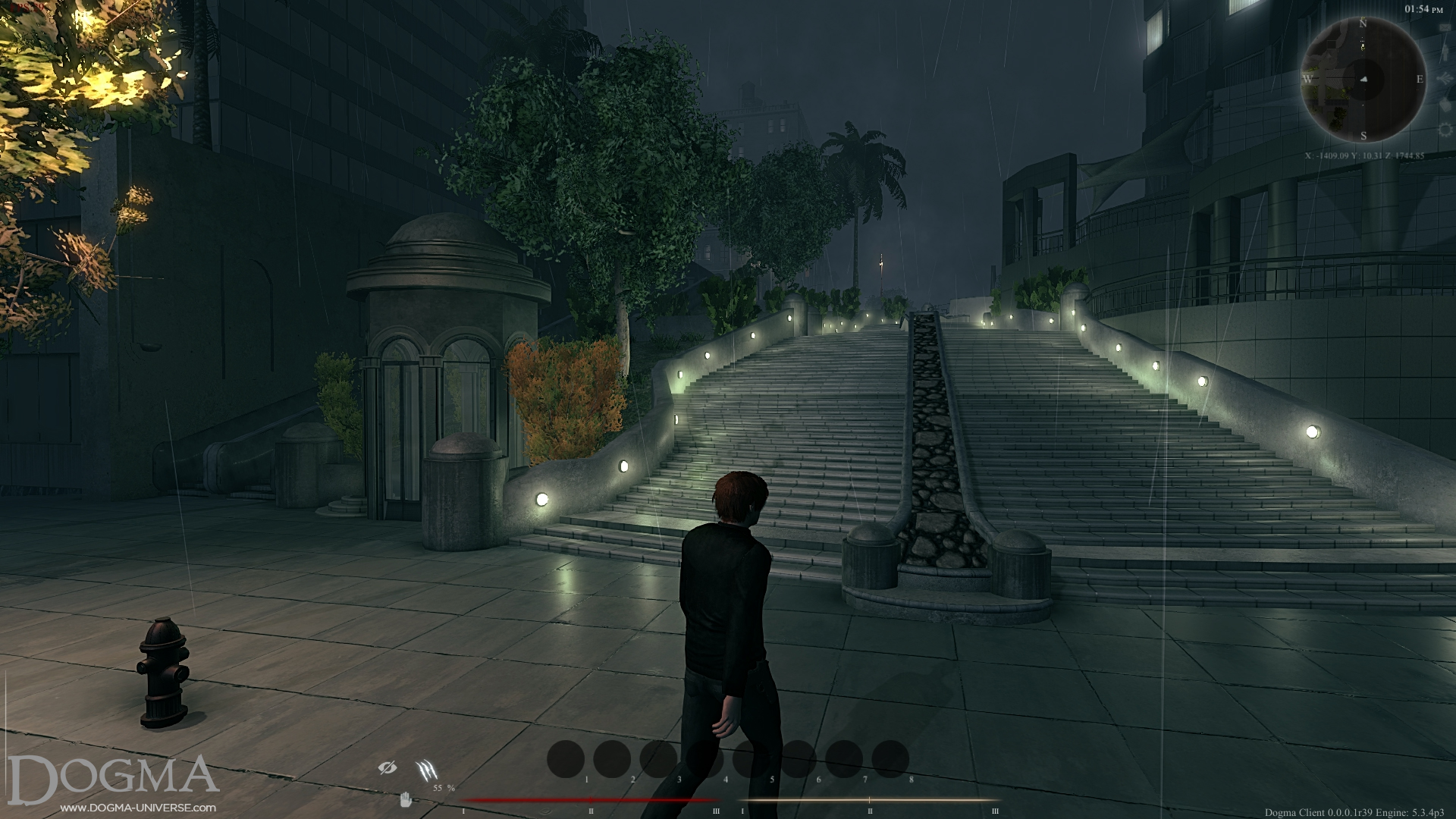 We added new features to the character editor as well. For example, we added a new tool for avatar creation. It will let players to edit the position of head and eyes, add various emotions and toggle lightning – all to create a unique representation of your character. 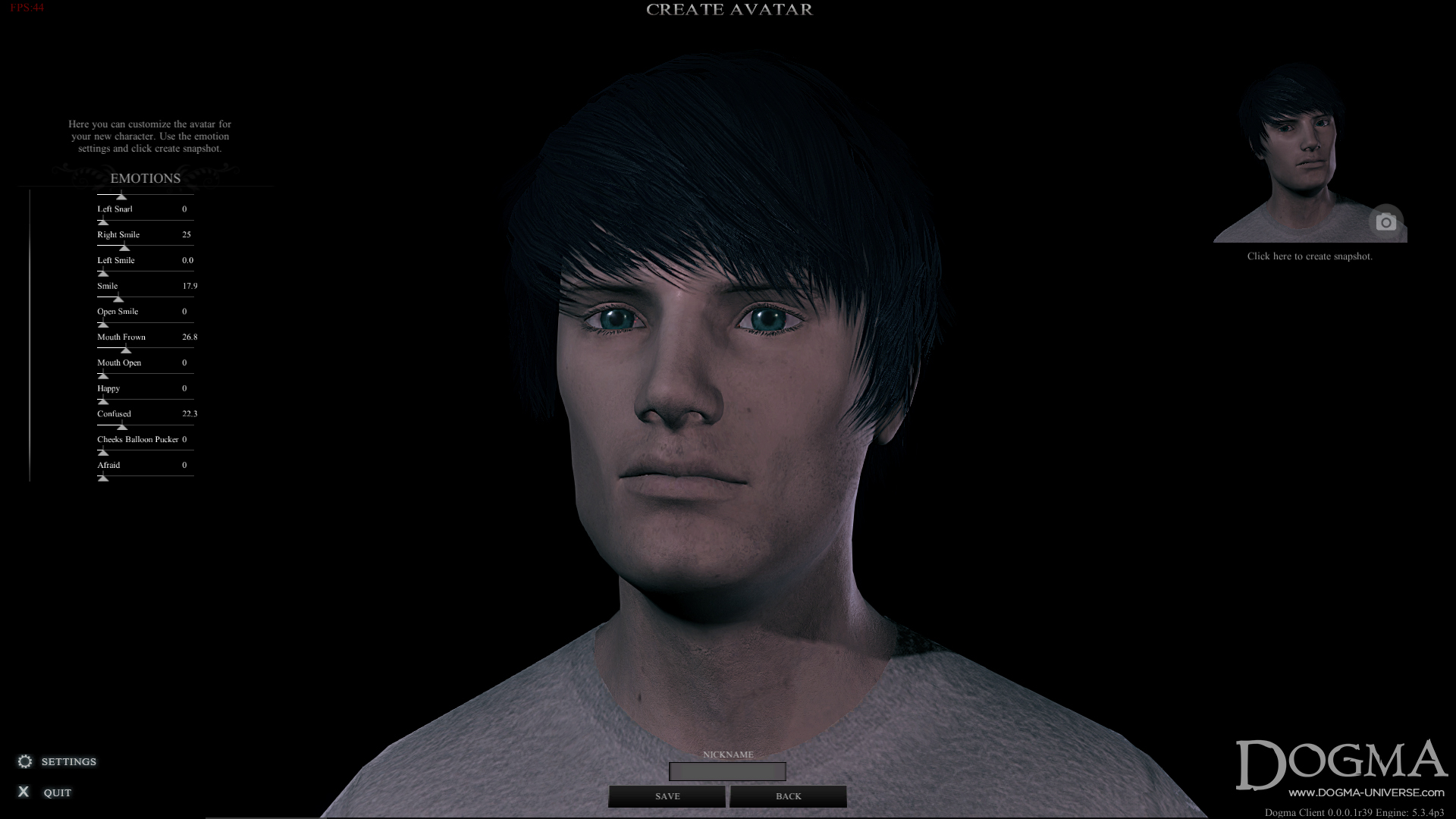 Aside from your character’s name and surname, the editor will feature a “Nickname” as well. This will be another part of our social and role-playing mechanic. The difference is that your “nickname” can be changed at any time while name and surname is set during character creation. Nicknames will let other players identify you in the game world and can be seen by all of your opponents as well. Since the players can change their nickname, it will add some variety to the social dynamics.

One more thing that will no doubt interest of Non-Windows OS users – we fully switched our game client to use OpenGL instead of the traditional DirectX. This significant change took a lot of time, as it required a full revamp of some graphical solutions. One of the most obvious advantages of using this API is a possibility of porting various game clients to other platforms, e.g. unlike DirectX, OpenGL support is present on almost all gaming systems.

The rest of our time has been dedicated on bug fixes, balancing, and optimization. In these upcoming months, this will be a priority so that we can finish internal testing and start organizing our first open tests. We will begin with the “Friends & Family” testing, inviting our friends and relatives to help us with the game mechanics. These stages will be aimed at specific game elements for future alpha-testing. We have already created a timetable for the 2016 game testing, however final dates will depend on our ability to solve current issues. Right now, we cannot tell you specific time frames but we won’t make you wait for too long either. 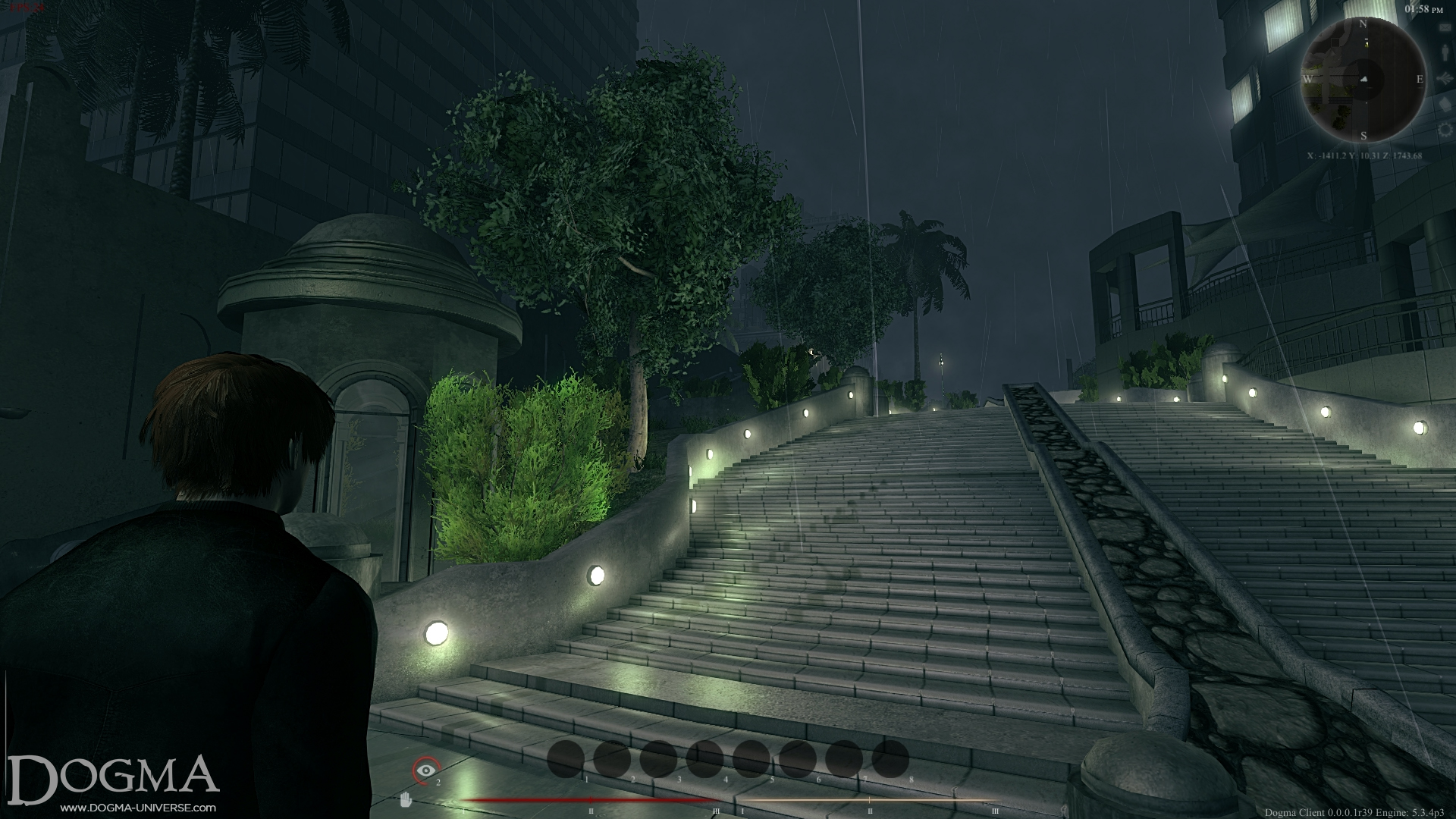 Language of the Vampire – Codex of the Ancients 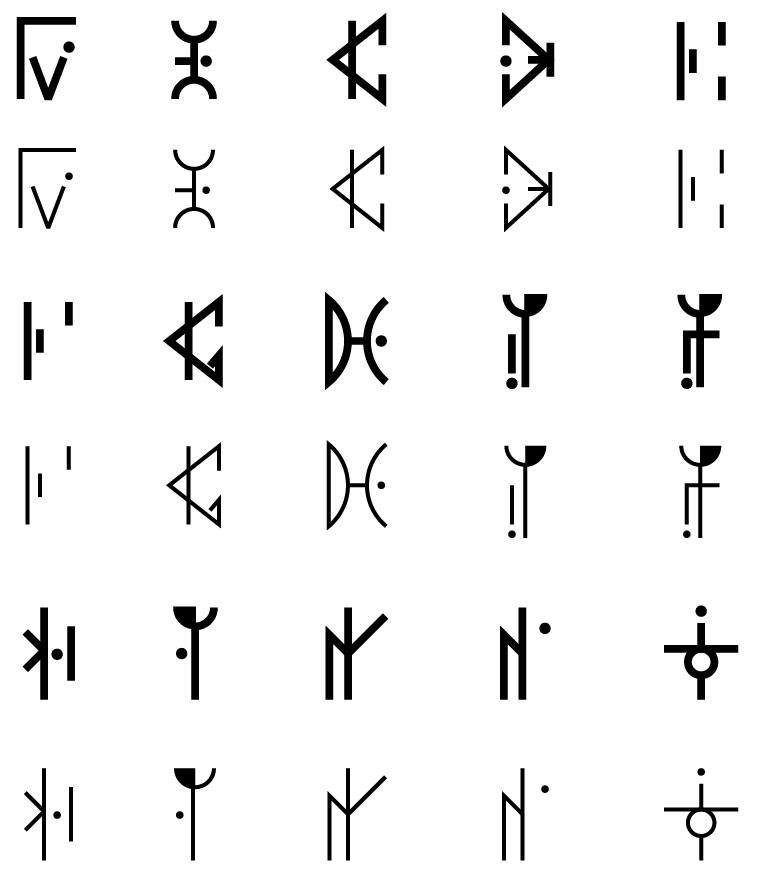 Pulled from the Codex of the Ancients, it appears that these glyphs represent the character & numerical alphabet letters K-O. According to the Elders of vampire society, some kindred widely used similar glyphs in their own territorial markings. Such as on entrances to owned establishments, Havens, and even tattooed on their mortals to express dominion and ownership.

Coven glyphs are designed at the discretion of the Coven Founder and are not officially related to Dogma: Eternal Night lore, etc. The A-Z, 1-0 glyphs will be given in hopes of inspiring players and Covens to create their own glyph that represents themselves. For example:

Yes, you guessed it. We are designing a special font, solely for you guys to use. This font will be the “ancient glyph language” of the vampire. This will be made accessible and downloadable for everyone. It can be used for outside of the game in your own characters lore, fansites, meta-plots and meta-games and we’d like to share it with you. This will be made available coming soon. 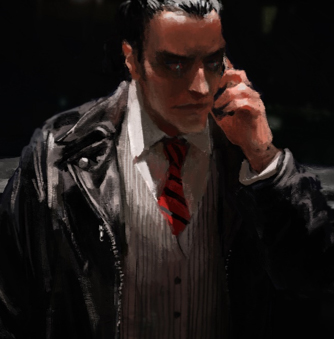 “The Sheep always have words to describe people like me. Words that they throw about with abandon-ment to mask their true thoughts and feelings. Quivering in fear from their lost humanity found only when confronted by the reality found in those precious last moments of life. There are words…but now is not the time for them.”

As we’ve said, along with our members on the forums within our community, Appearance Matters! That’s why we wanted to show off one of our many styles within the “formal attire” realm. This is one of many outfits you’ll be able to wear or mix and match to your liking. 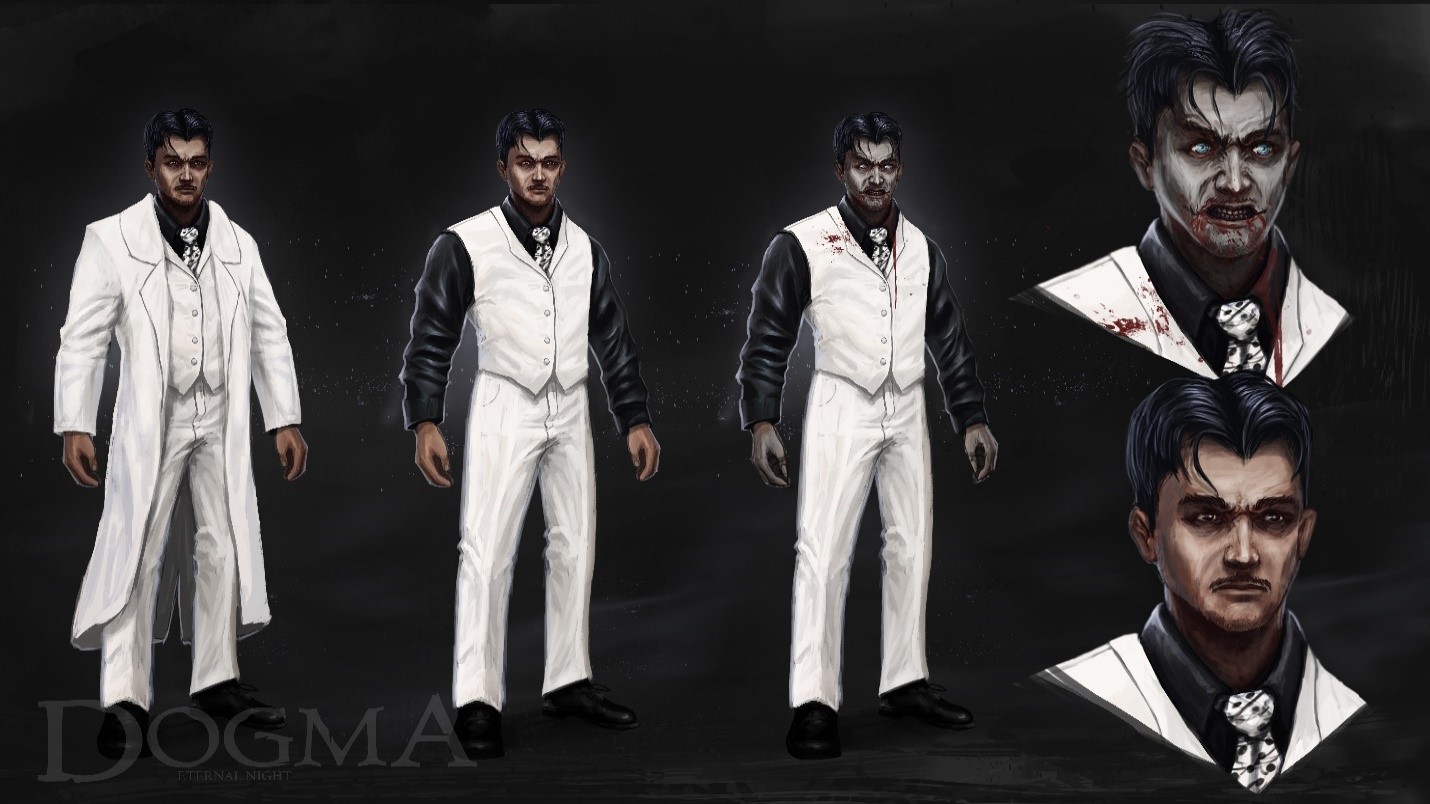 What’s a city without its skyscraper buildings that you can enjoy a view from above or perhaps enjoy throwing your enemies over the side? I’ll tell you what it is; it’s not a proper city. Traverse the rooftops with your allies or stalk your enemies, bringing upon them their final death. Whichever your decision, we’re sure you’ll enjoy yourselves immensely. We know we will. 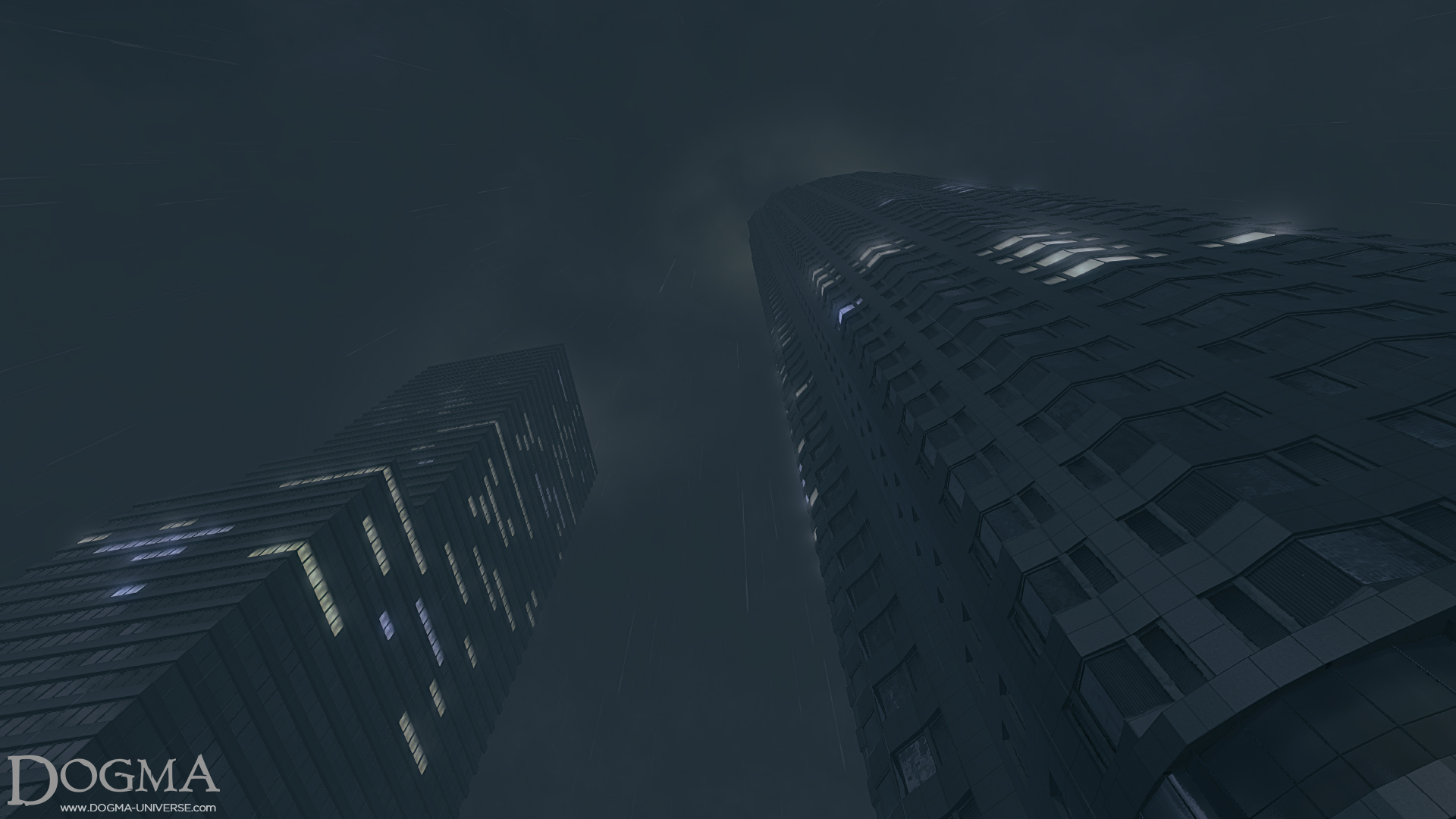 While OpenGL is all well and good, do you have plans to support Vulkan in the future?

No, no such plans now.

I hope you didn't get the wrong idea by my comment; OpenGL is more than capable of giving you all the tools you need to make the game drop-dead gorgeous. Can't wait to see more from you guys!