Introducing, one of the late game playable dinosaurs, Tyrannosaurus Rex! 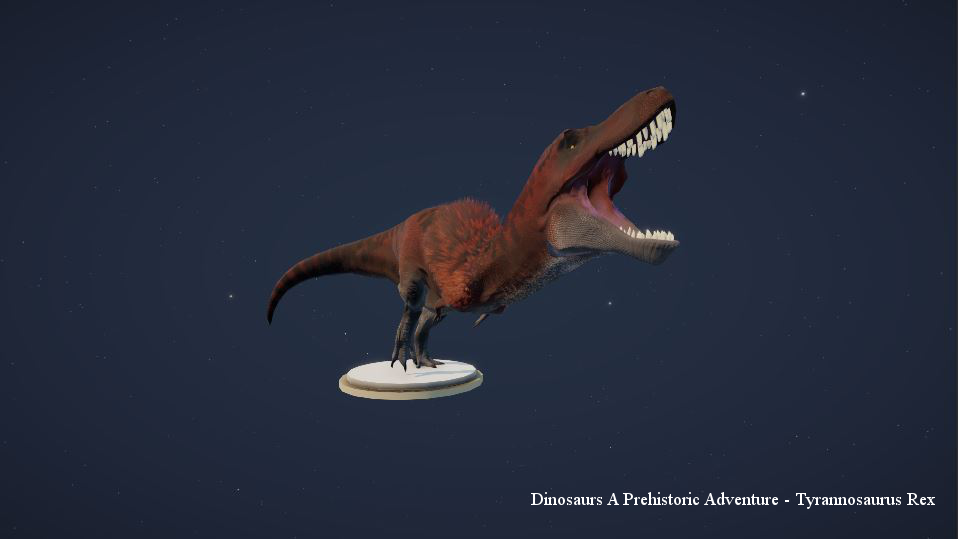 The Tyrannosaurus Rex is a playable dinosaur that would be available late game. With 10 tons in weight and 40 feet in length, Tyrannosaurus Rex is the largest Tyrannosaurid known to man as well as one of the most famous dinosaurs among the general public. This tyrant from North America is no pushover, sporting the strongest bite force among all land-dwelling animals. Insulating itself with a coat of protofeathers, Tyrannosaurus is well adapted to woodland and coastal environments. The apex predator’s sheer strength and daunting presence is sure to make an impression in Prehistoric Adventure.

This model was created and posed by our talented modeler Siaka, and was rendered by M. Zilvan Bey (Myself).