Small models like tools, vases, chairs and cutlery don't require much polishment so they're there for you in these hard times as an artist. Work smart, not hard!

We talked about not feeling inspired and what to do in that situation. Small models like tools, vases, chairs and cutlery don't require much polishment so they're there for you in these hard times as an artist. Work smart, not hard!

Today, we're gonna show many props we modelled to further immerse the player into our world. We already have an idea of what will be needed because we have researched what the Ancient Egypt people used. 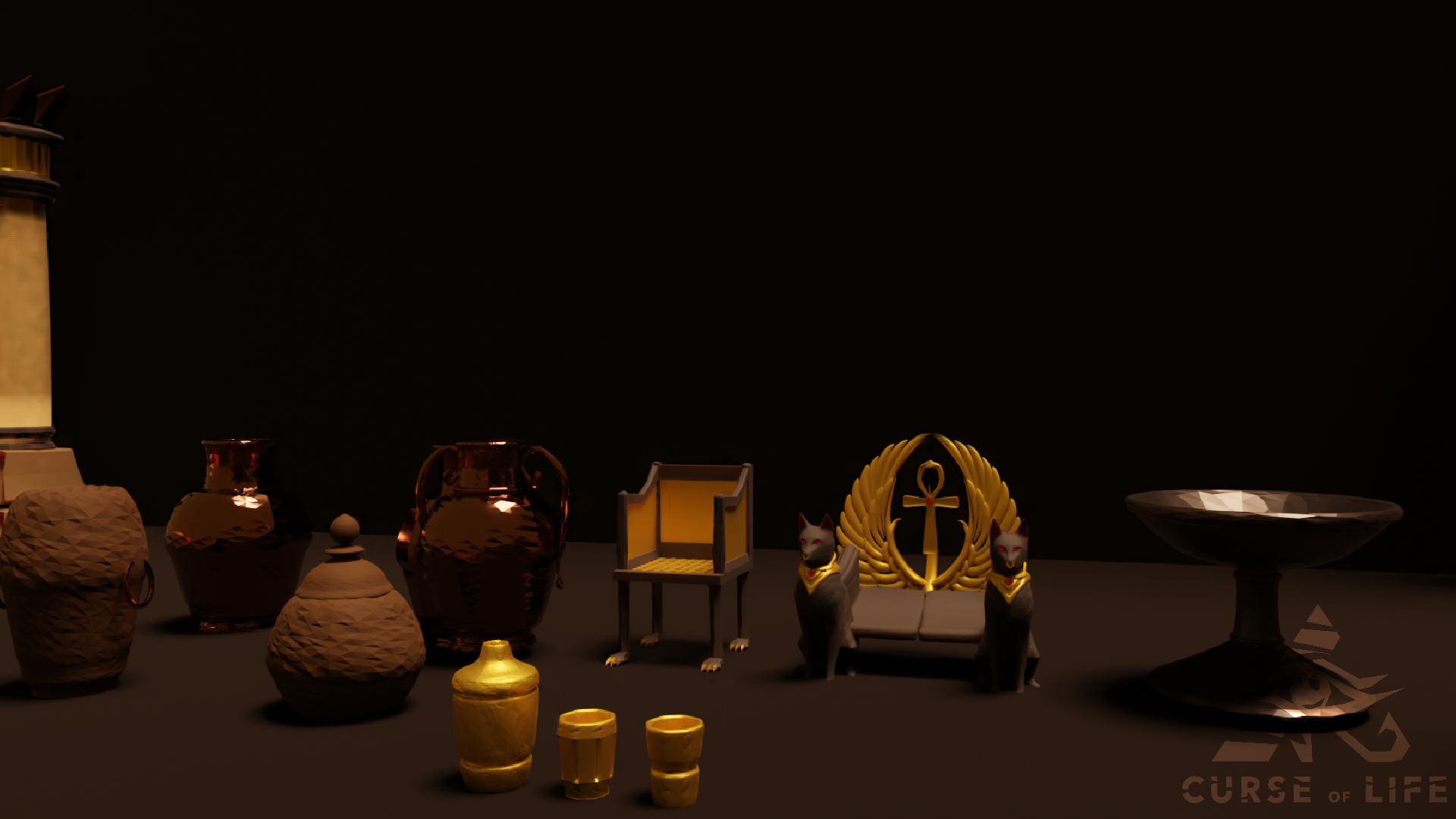 These are some of the props we are going to model today and a future one too!

Starting with the vases, my approach was modelling a big cup and then make proportional editing to achieve different shapes. In the clay vases I also modelled a lid that could be placed in either one. Also modelled some bronze detail on the side of one vase to make it a little different from the other one. 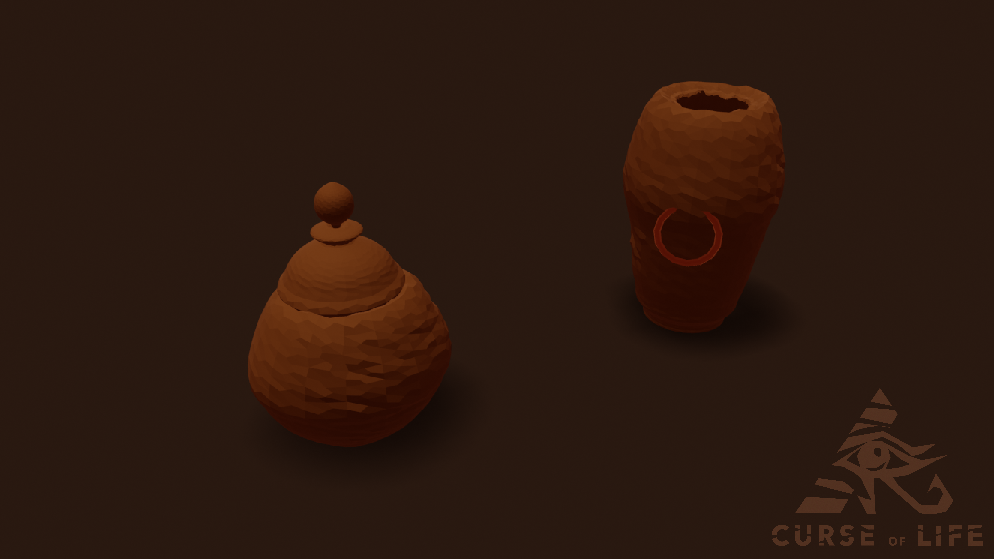 The bronze vases have more bevelled details above and below and also a more elegant handle. 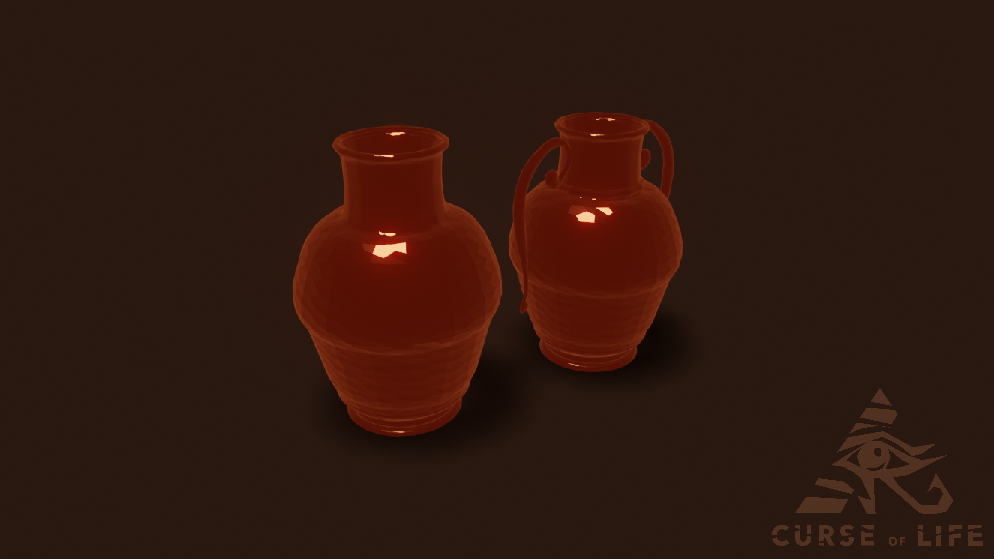 Starting with the same hollow cup that we used on the vases, I copied that 3 times and tried to model different designs. Going from right to left, one with a horizontal indent, another one with many vertical indents and another that looks more like a jar. 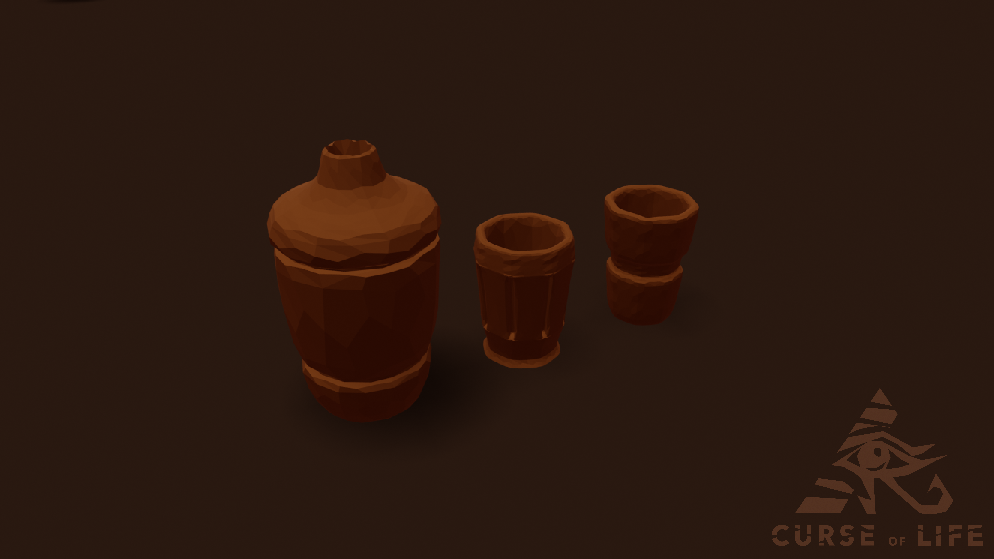 The throne with the paws didn't turn out too well, that's why I'm not going to talk about the process...but...expect a dev log in the future where I talk about that "upgraded" and better cat throne! 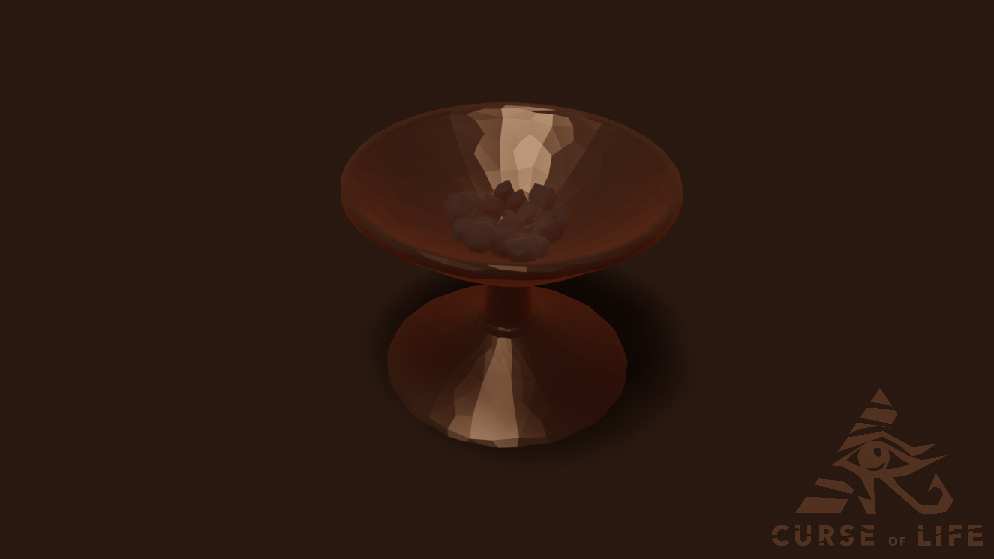 This metal fire pit was more complex: starting with a cylinder with very low height to model the base, I modelled this from the ground up. Adding some bevelled details to make it more fancy and in the end I needed to model some coal from where the fire is lit. To do this we could painstakingly place each stone in a realistic position but that would take too long. What needed to be done was make all those stones into rigid bodies and simulate them falling naturally into the fire pit. 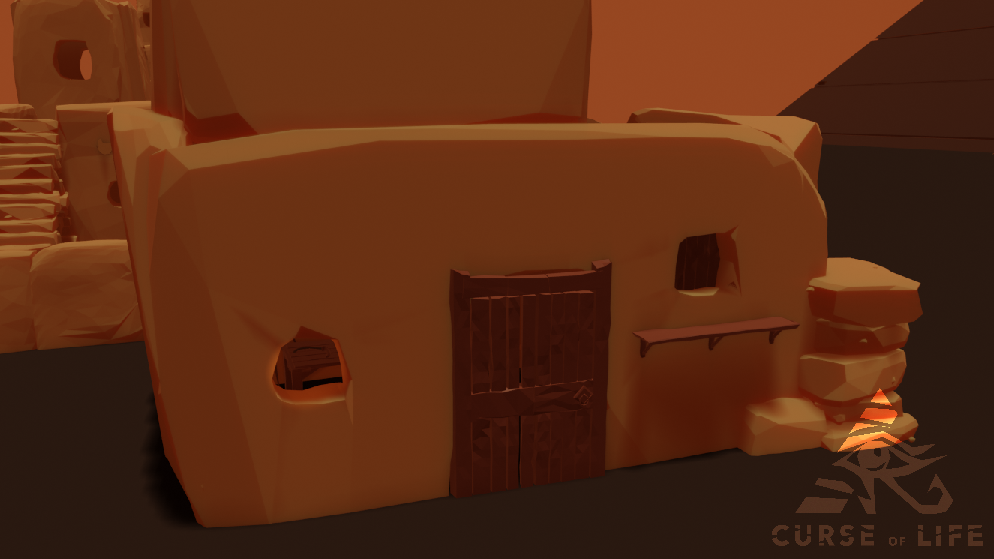 Wooden door was built by modelling a couple of different wooden planks, placing them vertically and adding door handle. The door frame was modelled after this and then it's a matter of placing everything together. The window was simply the same planks modelled before, just smaller. The shelf is one plank and a couple more wooden support beams.

Let's go inside the house? There is more to see... 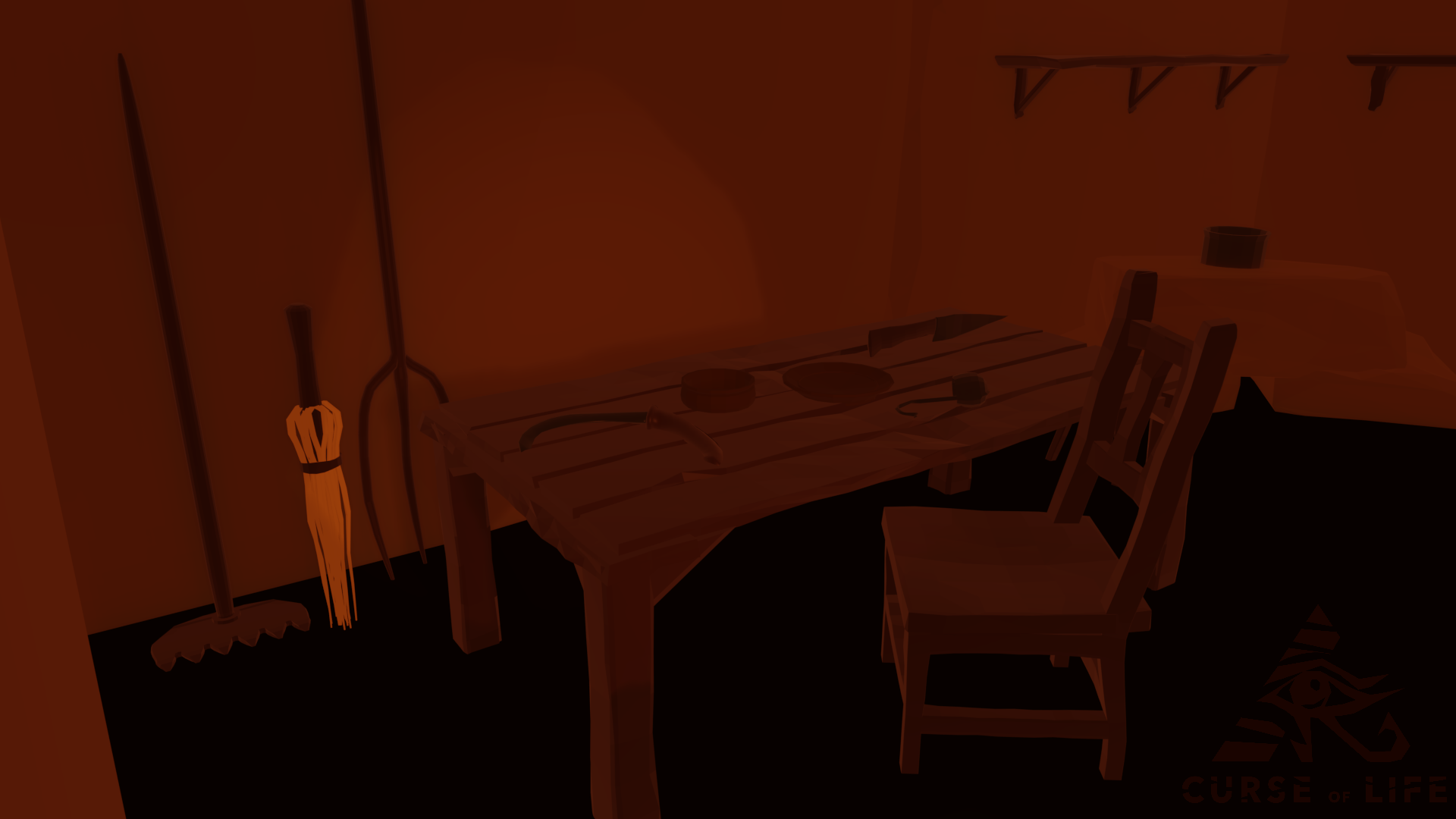 All of these models were quickly produced because I had references that were researched beforehand. There's not much creative work involved here, aside from the fact that it needs to fit the art style. You can be way more creative in the making of the chair and table, but, on the other hand, you can't deviate from reality while modelling the work tools and cutlery used in Ancient Egypt.

I hope this post demonstrated not only the benefits of using references, but also that you can work efficiently by being smart about the whole process.