Hexterminate is nearly feature complete for release! Today we take a look at some of the remaining perks as well as various improvements to the general gameplay. Next on the to-do list, the Greenlight trailer!

HEXTERMINATE has quite a few perks the player can choose, but one I have been delaying implementation is the last one in the “engines” line: ramming speed! This perk gives you the ability to put all the power to your engines and deliver devastating amounts of damage by flying straight into the enemy ships.

During the duration of this ability you can’t steer or dodge, so if you aren’t careful you can end up in some difficult situations - particularly as you need to take down the enemy ship’s shields first.

But line it just right and you’ll fly straight through one or more ships, leaving a blazing wreck in your wake. Full power to engines! 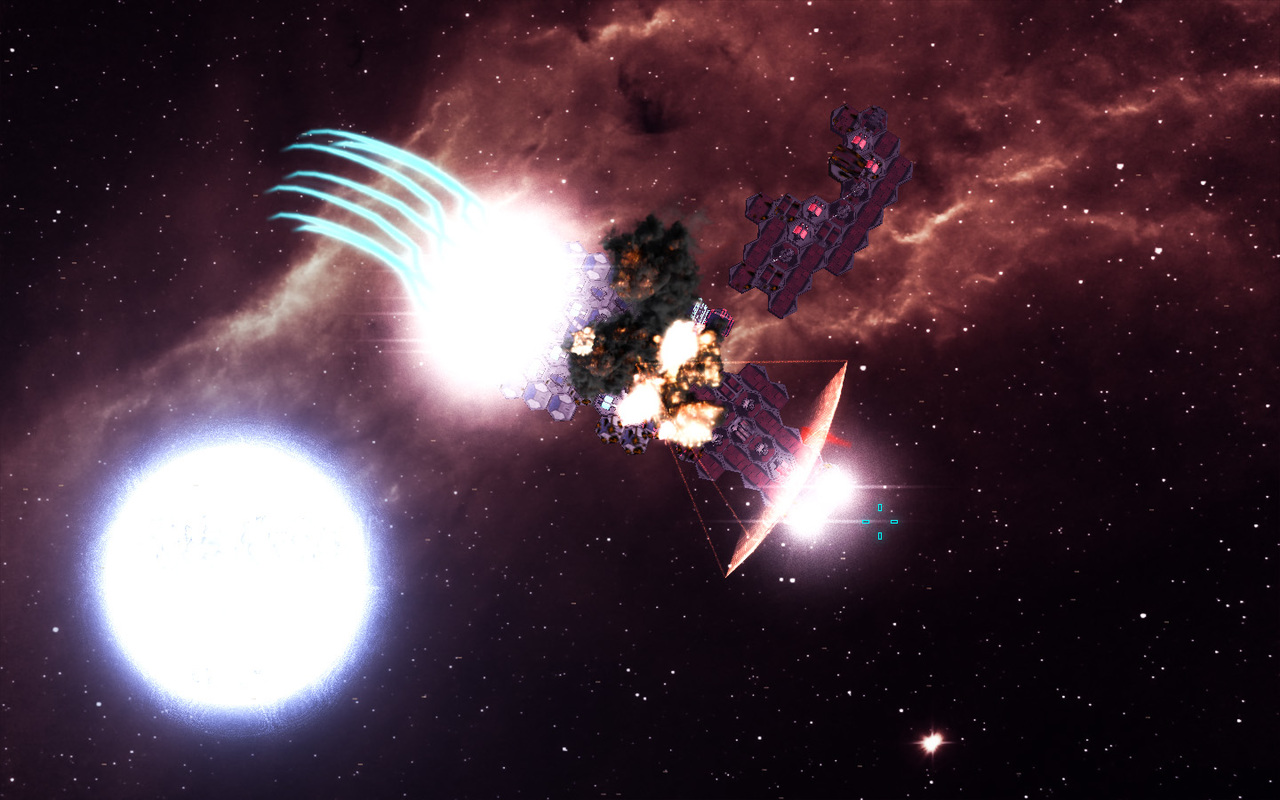 Being on the wrong side of an enemy ship can be devastating. In this case, the player ship lost most of its forward section after being rammed by the Marauders. 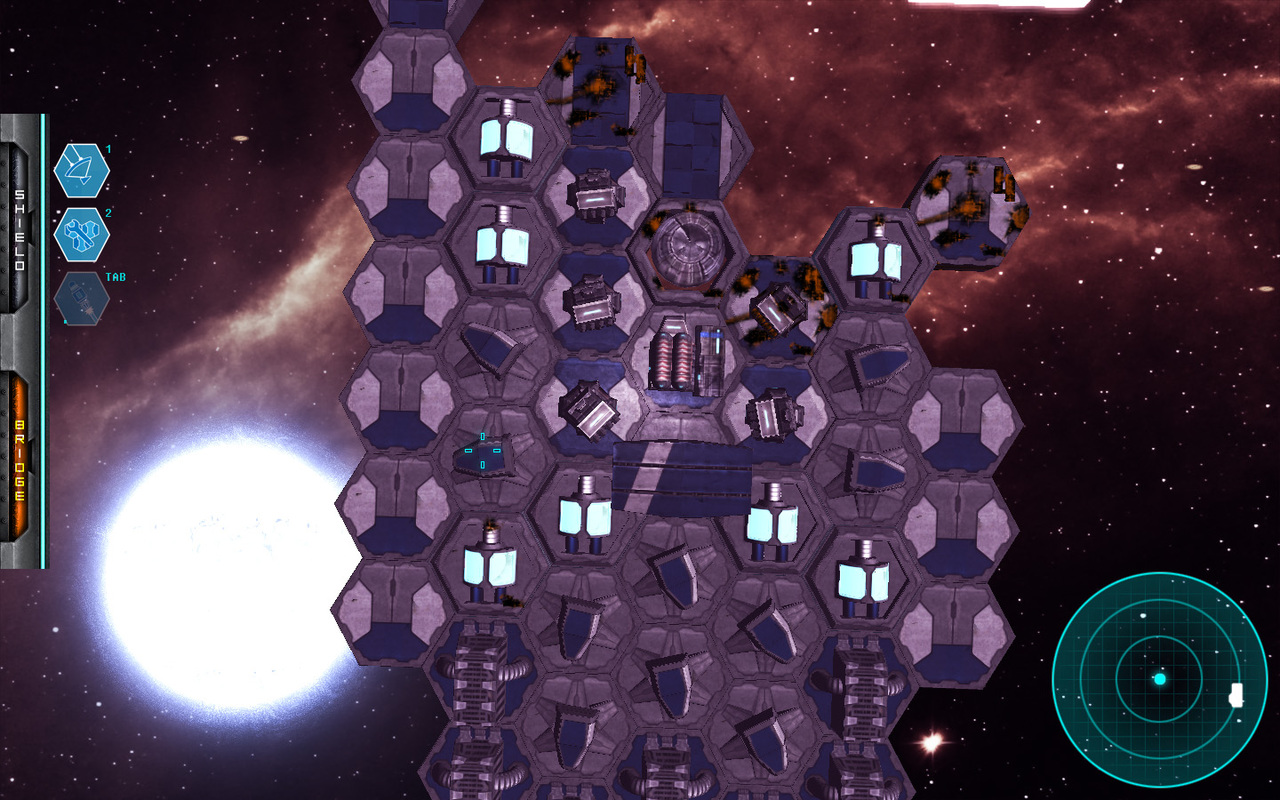 If you decide to fly a lumbering ship, it is inevitable that at some point you’ll find some gunships that will do their best to keep out of the range of your weapons while peppering you with long range ordnance. This is when the new engine disruptor module comes in handy, firing a EMP barrage which will considerably slow down any enemies it hits. Here we slow down a small wing of pirates so that we can easily get them into range of our rockets. 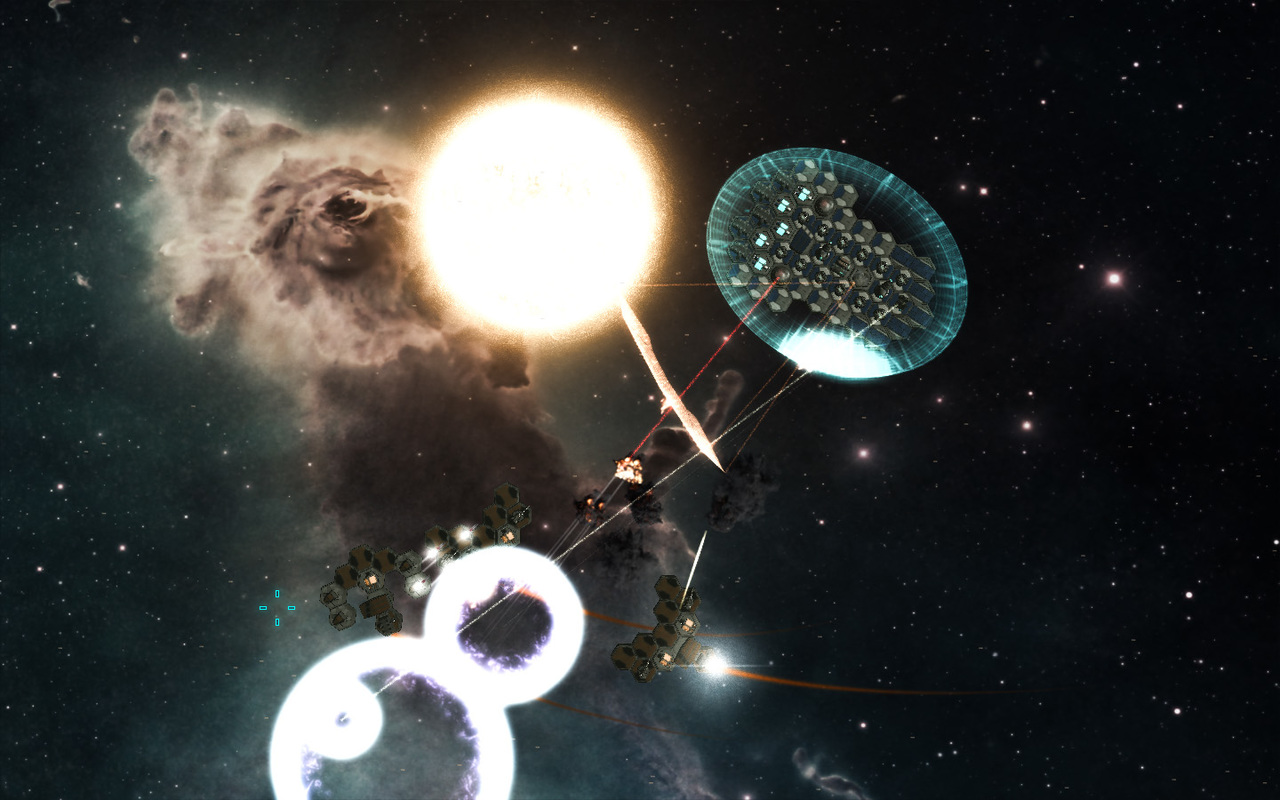 Another new perk which is now in place is Siegebreaker, the last perk in the “projectiles” line. Originally meant to add area-of-effect to your projectiles, this has been redesigned and now increases the rate of fire of your weapons as you land consecutive hits. If you miss, however, the bonus is reset, so this perk pairs particularly well with the new engine disruptor module, providing you with a (nearly) sitting duck to unleash a torrent of projectiles. 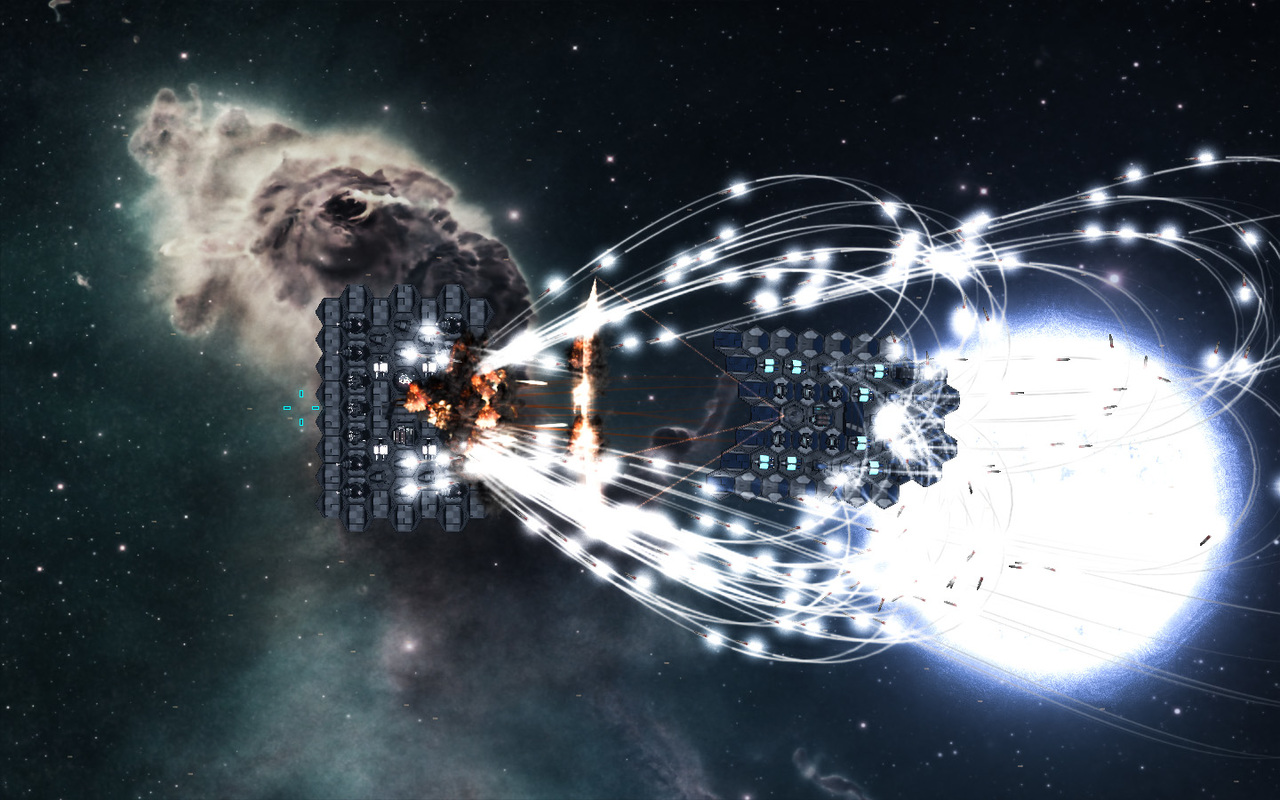 A long standing frustration was the fact that faster ships in your fleet would fly off towards the enemies ahead of your flagship. While this works fairly well against the Unaligned Sectors or Pirates, when facing more robust factions this tended to lead to those ships having been ground into space dust by the time the player gets there. 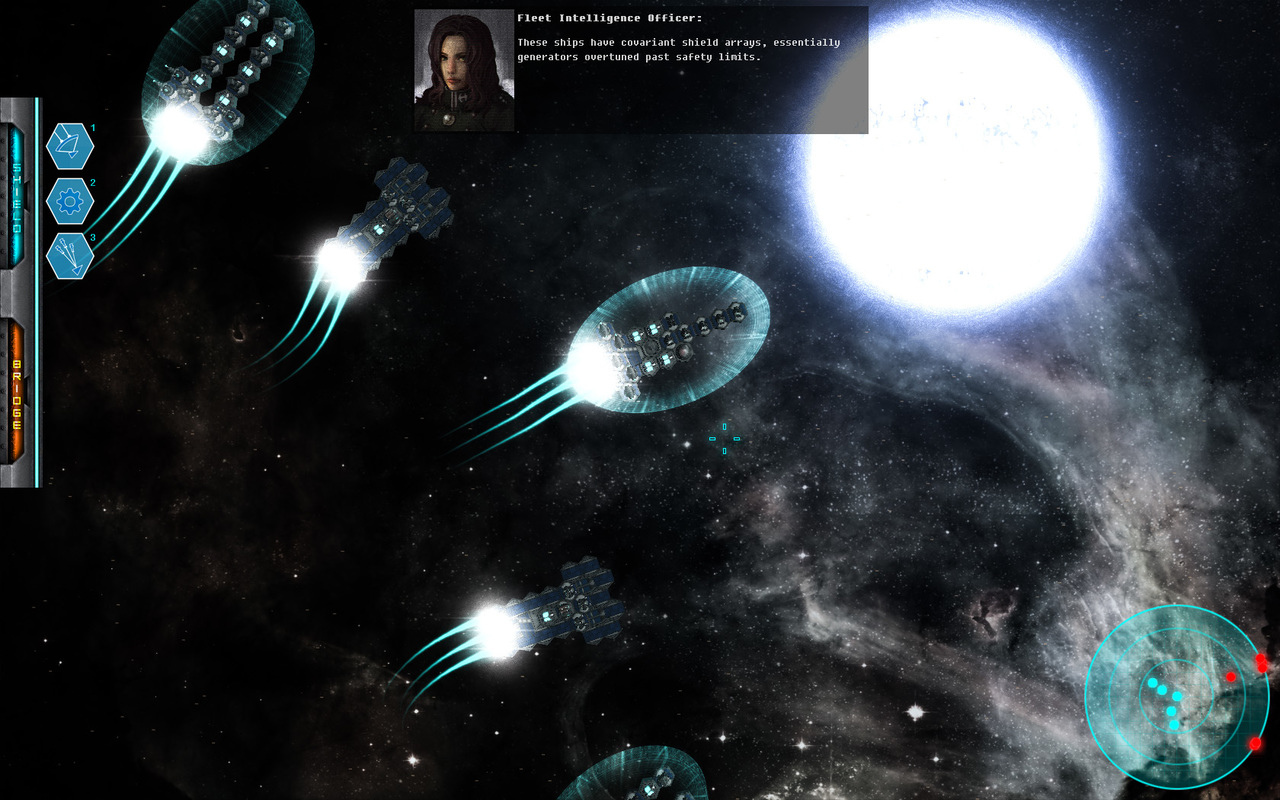 This has been fixed by implementing a formation system, where ships in the player’s fleet will try to keep pace in a delta formation, preventing them from flying off until the enemy is close enough to be engaged.

This system has been expanded to the AI’s fleets, which will decide to make use of it depending on which faction the fleet belongs to.

They come in waves and we push them back

Each sector has a regional fleet which protects it, but it’s owning faction has a number of fleets flying around which can decide to drop in and join the fray while the player is fighting. Additionally, there is now a chance that the regional fleet from neighbouring sectors will jump in if the sector is in risk of falling into Imperial hands!

This has the effect of making some sectors considerably harder to take, but it makes for some properly epic battles and lets the player accumulate perk points at a faster rate than before. 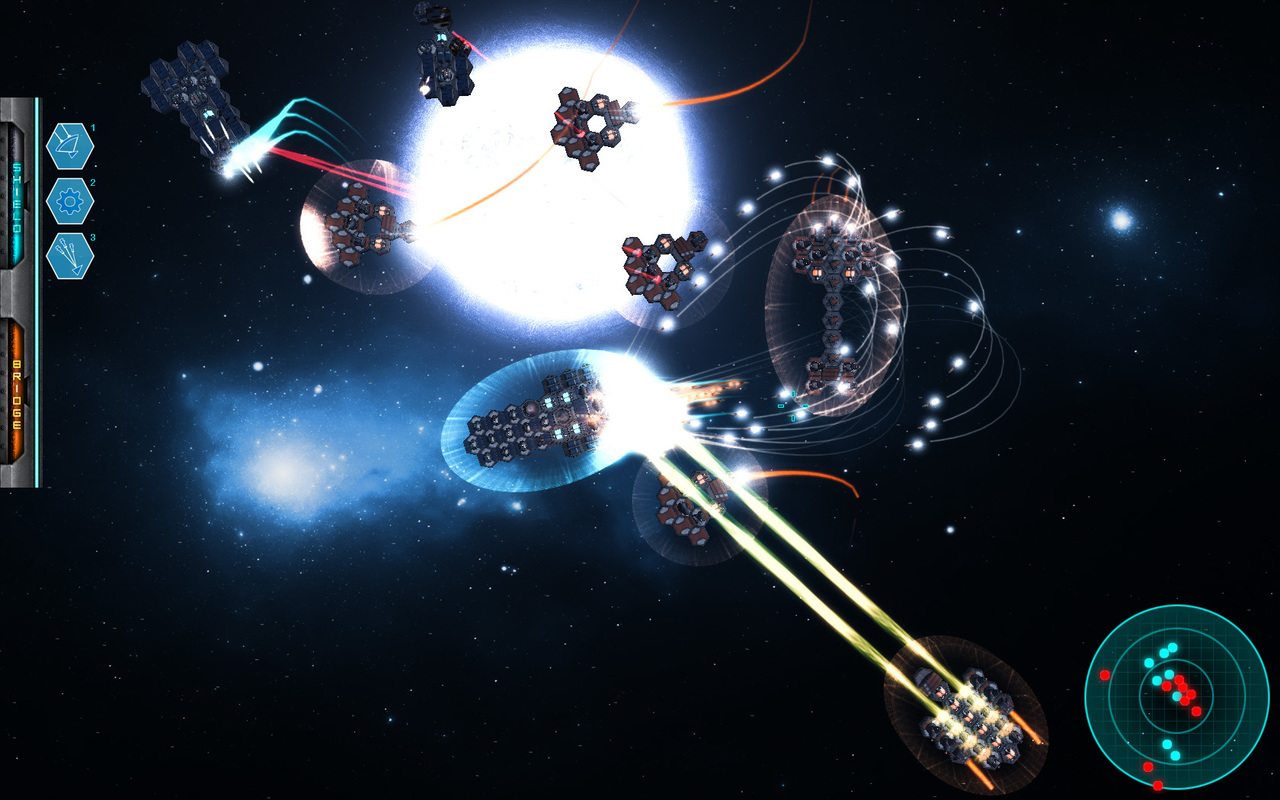 Hey! Space Run was a big influence. Earlier on, each "ship" had its own model (looking more like traditional space games), but being a single developer this quickly became too time consuming. Eventually I stumbled on an early screenshot of Space Run in an old gamedev site... and that's pretty much what saved this game and allowed me to carry on! :)