Hello! I showcased Himig at the Indie Fiesta area in ESGS last weekend. It was a fun time! Before I go back to progress-making, let's do a little write-up of the preparations and the results. ＼(￣▽￣)／

I signed up for a free booth at the Indie Fiesta area around 2 months before the event. The game was selected 2 weeks after that. I already had base code for a short demo (thank you, past me), but I didn't have a lot of art for visuals yet (aside from the art tests). So what I did was make whiteboxes for a few of the planned locations and make a prototype versions of a small part of each. It took a while, but I was left with enough days to make a few dialogues and have something playable before the event day (+ making freebies for the booth). 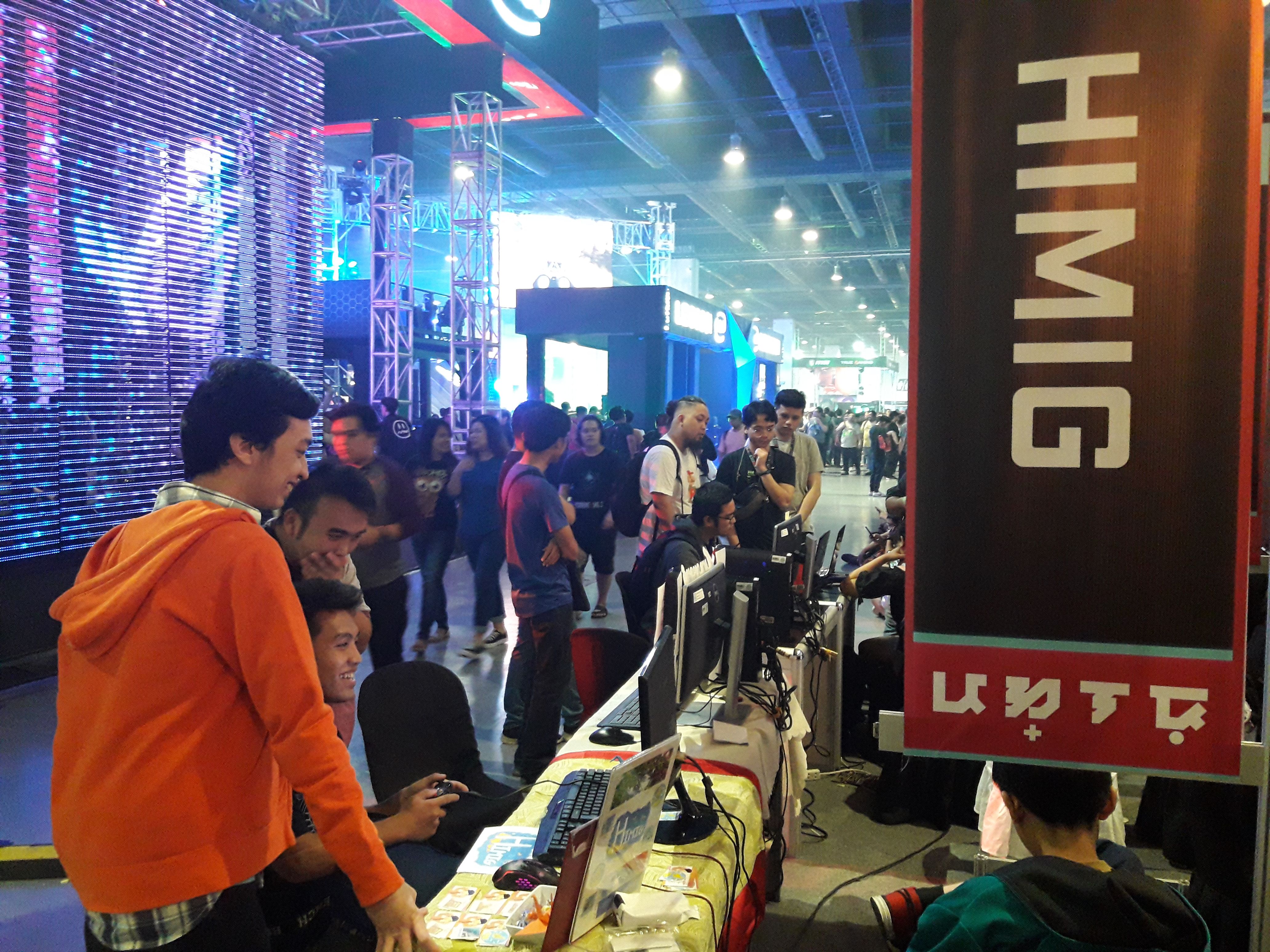 Could've done more content, but I kept thinking about just doing enough to avoid having another burnout and only making things that I can still edit and turn into final game assets (instead of me remaking them from scratch again later). I feel like I made it long enough for people to get the feel of the game as they play, and short enough that they don't leave without finishing it. Less rush, less content, but still sane and a happy boy at the end! Gotta take care of yourself first. (*•̀ᴗ•́*)و 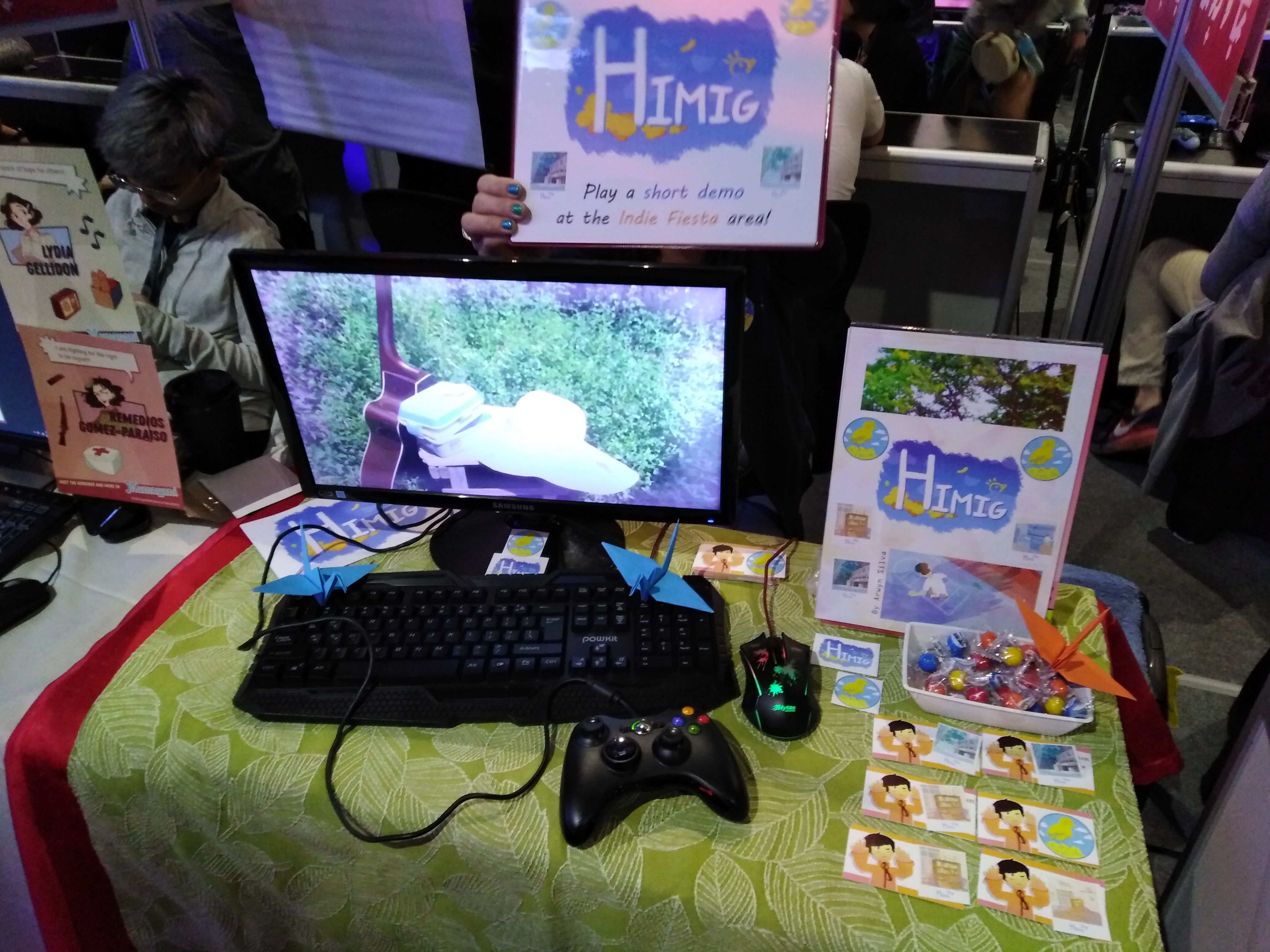 (Booth setup for day 2 of the event)

I made ~350 stickers and ~100 business cards. The stickers are little postcards that has some of the game's locations. I didn't want to go outside to print them, so I made a bit more than a half of both at home for ~₱1,600, if ink costs are included. I just used leftover ink though; Barely even used it, since I printed on a light setting. Someone I know went out and offered help on doing the printing outside, so I just went "why not" and had a few more for ~₱1,000. I still have a few left; Could have possibly still survived without the outside printing.

I also tried having someone embroider a design for the game in random clothes, just for the family. My sister wanted to try designing one (which was used for the sticker as well), but the result didn't have the exact colors. It took around 2-3 weeks, costing ₱1,700 for 10 clothes. With that plus the stickers and business cards, it cost ₱4,300 (~$86) total.

I got 2 IDs for the Indie Fiesta booth. I wanted the family to come as well, so I bought tickets during the time when the event had early bird rates, which cost ₱170 each. I bought five for ₱850 ($17) total.

I went back home for each day I went into the event, which cost ₱2,873 total. Also bought lunch for myself and 2-3 people that helped me with the booth during the event, costing ₱1,995. That's a total of ₱4,868 (~$97). Recommendation is still to stay at an area close to the event to save time and energy. Maybe even share rooms with other exhibitors if possible. I was with a few people so I couldn't. Commuting in here is tiresome and takes too long.. 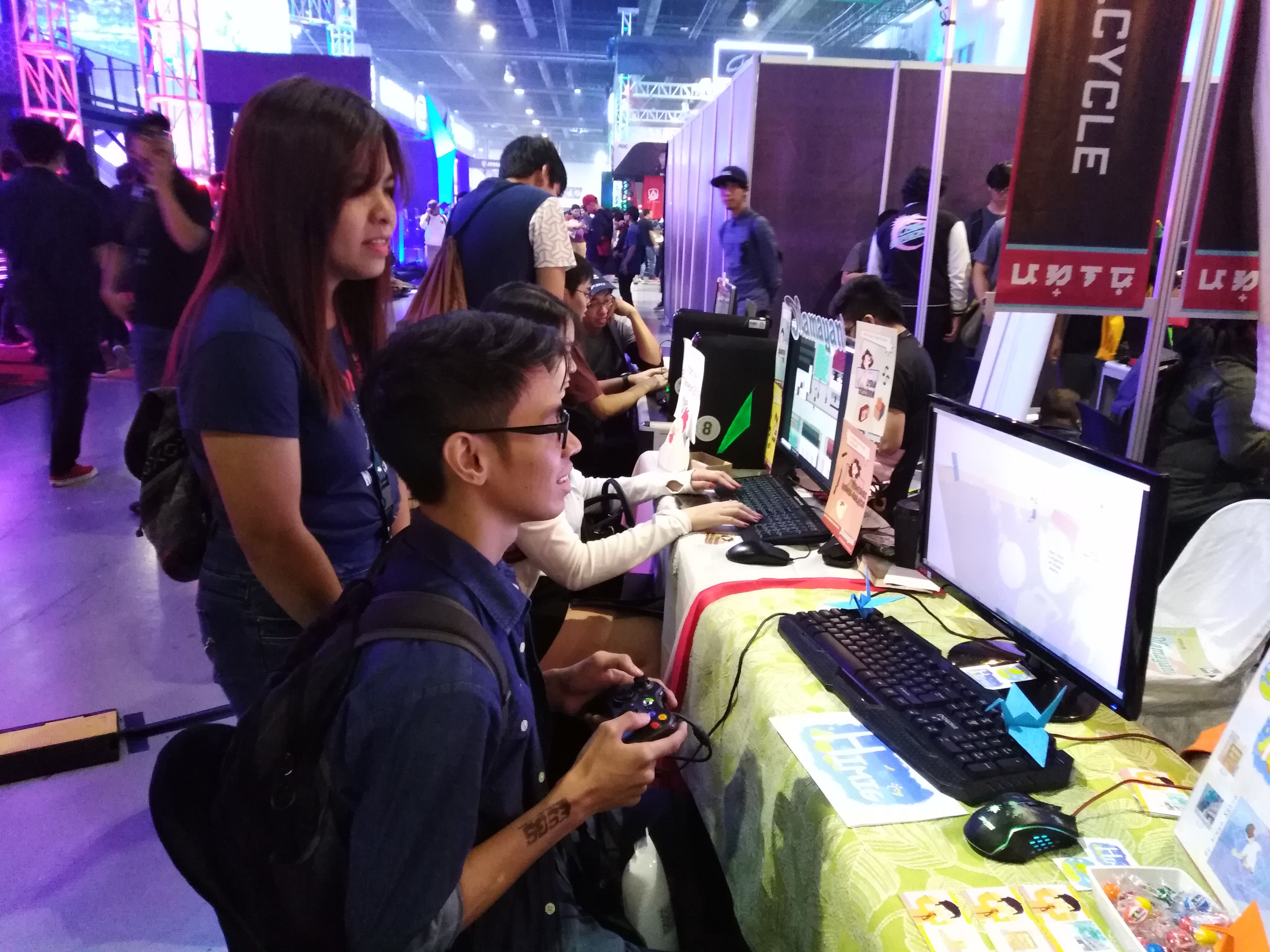 I only exhibited for 2 days this time since I got too exhausted for the third one. I haven't gone out in a while and there's so many people this year..! Having a booth at the front was both fun and challenging. The booth for this year is themed around childhood, memories, and daily life, so I had a few paper cranes around to set the feel a little.

I had a modified version of the trailer (that included in-game clips) playing on the screen to attract attention, then switch to the game when someone wants to play. My laptop started acting up on the first day though, as it slowed down the longer people played the game. I had to either restart a couple of times and/or let it cool down for a bit everytime someone played. Even the freezing temperature inside the event wasn't enough for it. I switched to using my sibling's PC for the second day, which went a lot smoother. 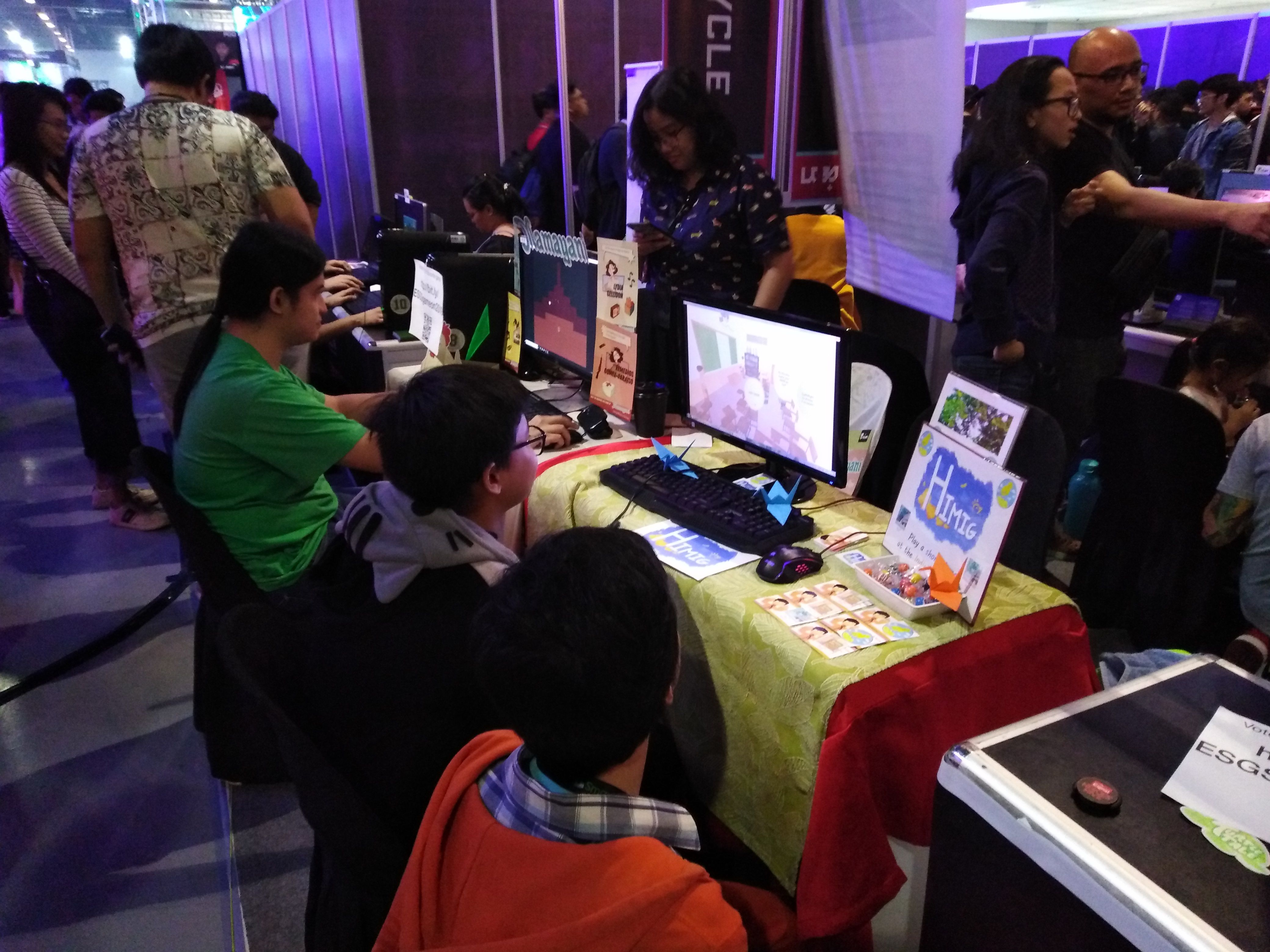 (It's always heartwarming when kids genuinely have fun with your video game..)

The game is definitely not suited to the event's environment, but I'm glad that most people still enjoyed it. I was expecting at least half of the people to have a "why even make this kind of game"-type comments, but there were a lot fewer than I anticipated, which is nice. I wasn't expecting to get more of the opposite. People gave positive comments and useful feedback more on this game than the previous experiences I had. Some even joked around with their friends about their childhood experiences as they play. ヽ(o＾▽＾o)ノ

The event had a lot more people than the last time I exhibited, especially during the weekends. I found it hard to talk to people just passing by and have them try out the game at the start since I didn't practice a good pitch, but thankfully the booth itself seemed to catch their attention and make them approach. As the day went by, I got a better working pitch and had better reactions from people when I talk to them about the game.

(The prototype used for the event is now available to $5 patrons at Patreon, for those who want to try it.)

All in all, exhibiting at ESGS was a huge morale booster. I saw how other local devs were doing, and I got some people interested in the premise of the game and seeing how it will develop in the future. It was relieving to see how the public will react to a calm game like this, even if there's still barely any content right now and I didn't prepare as much as before. (Thanks a lot for trying out the game, if anyone who played at the event is reading this <(_ _)>)

That's all for now. Wow, I said this would be a little write-up, but this ended up being longer than the past devlogs. If you made it this far, thank you for reading! I'm gonna continue working on the models for the locations and characters as November approaches. Also gonna be fixing minor things that popped out during the playtesting at the event. See you next time. ( ´ ω ` )

P.S. Here's a rundown of what happened for the previous years I had a booth at the same event, for some reference:

Year 3: $??? (I didn't handle most of the expenses for this one (or preparation really) so I don't know the details.. just gonna write this here anyway) 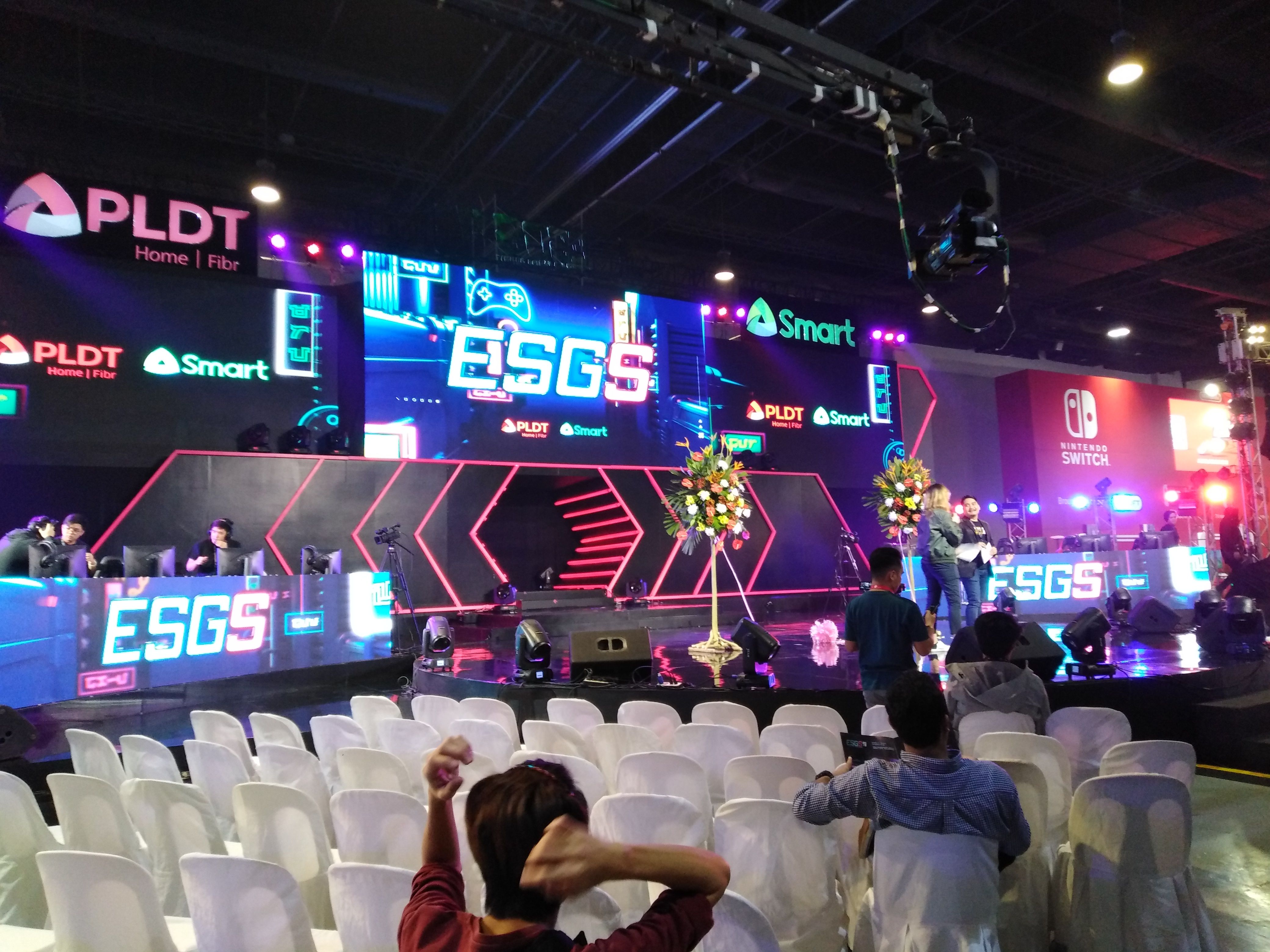 (See you next year! Maybe)

Sounds like it was a fun event and good showing for the game! Although tiring too of course, but guess that is to be expected haha.

Man, one of my goals is to go to an event. I truly do appreciate those who share their experience at events. It gives me hope that one day I can attend one. It looks like a lot of fun.