Nearly every game, from shooters to RPGs, has a narrative. It can be hidden in the background or carry the player from beginning to end, but it's always there. It has been our job to create that narrative in Alaloth: Champions of The Four Kingdoms, and embed it into every aspect of the game, be it in combat, quests, or the characters that you’ll interact with.

Nearly every game, from shooters to RPGs, has a narrative. It can be hidden in the background or carry the player from beginning to end, but it's always there. It has been our job to create that narrative in Alaloth: Champions of The Four Kingdoms, and embed it into every aspect of the game, be it in combat, quests, or the characters that you’ll interact with. 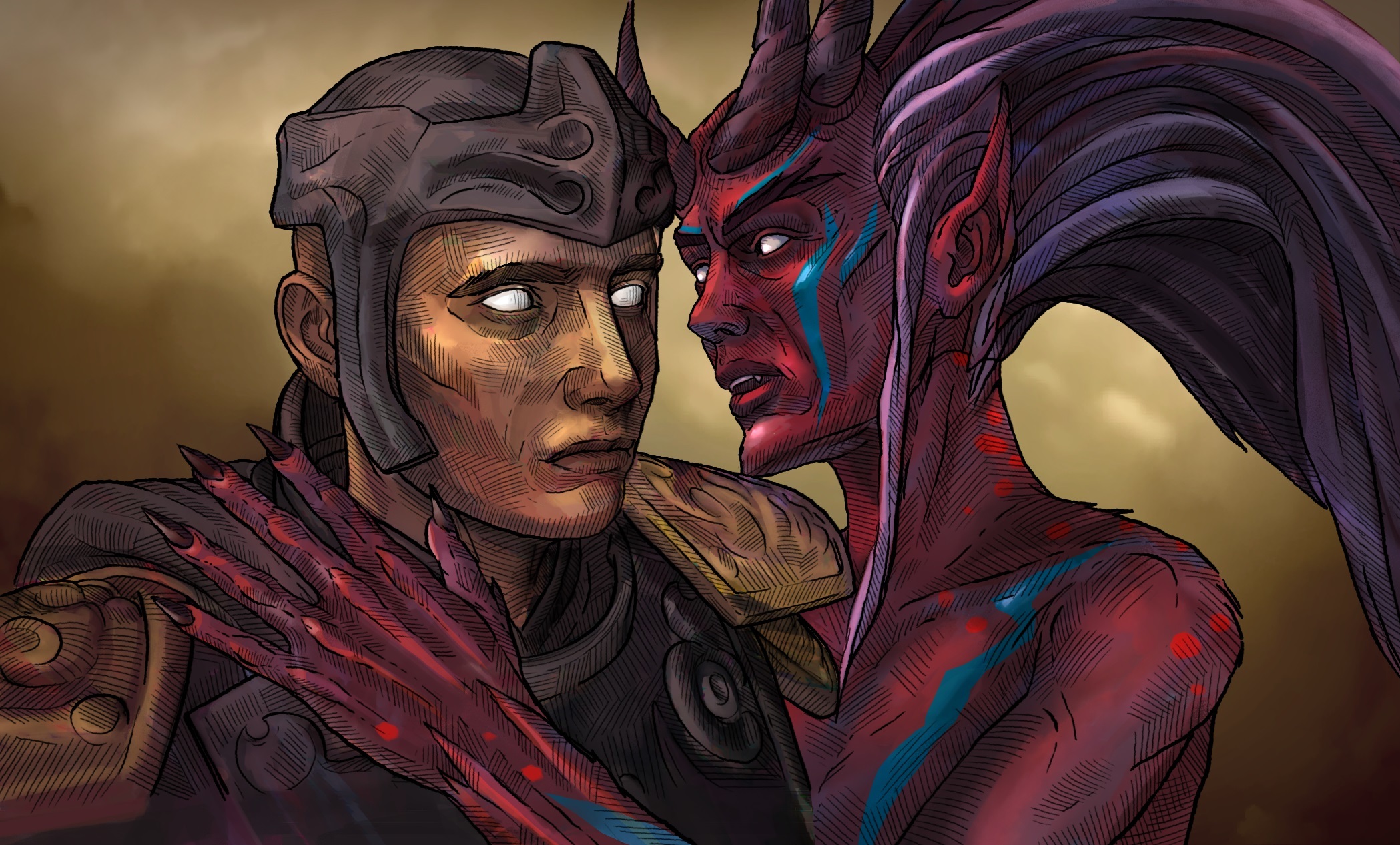 The world of our game has been in the works for quite some time, with different visions and building blocks laid out during the first years of development. It was during this stage that the core ideas of the game; the villain, kingdoms, gods, and overall style took hold and still influence every subsequent addition to the game. With the lore and world of the game already in place, new narrative designers didn’t have to invent the wheel, but rather expand upon it.

The first step when starting on a new project, particularly in the creative field, is to study the material meticulously. Every page, character, tree, and ant that was already created by previous writers needs a thorough examination. Every god and kingdom needs to be understood. In our role as designers, we need to first read everything that exists, then fully comprehend it, and finally memorize each and every small detail. Then we can create our own original stories, but set in an already pre-existing world and with a similar style. 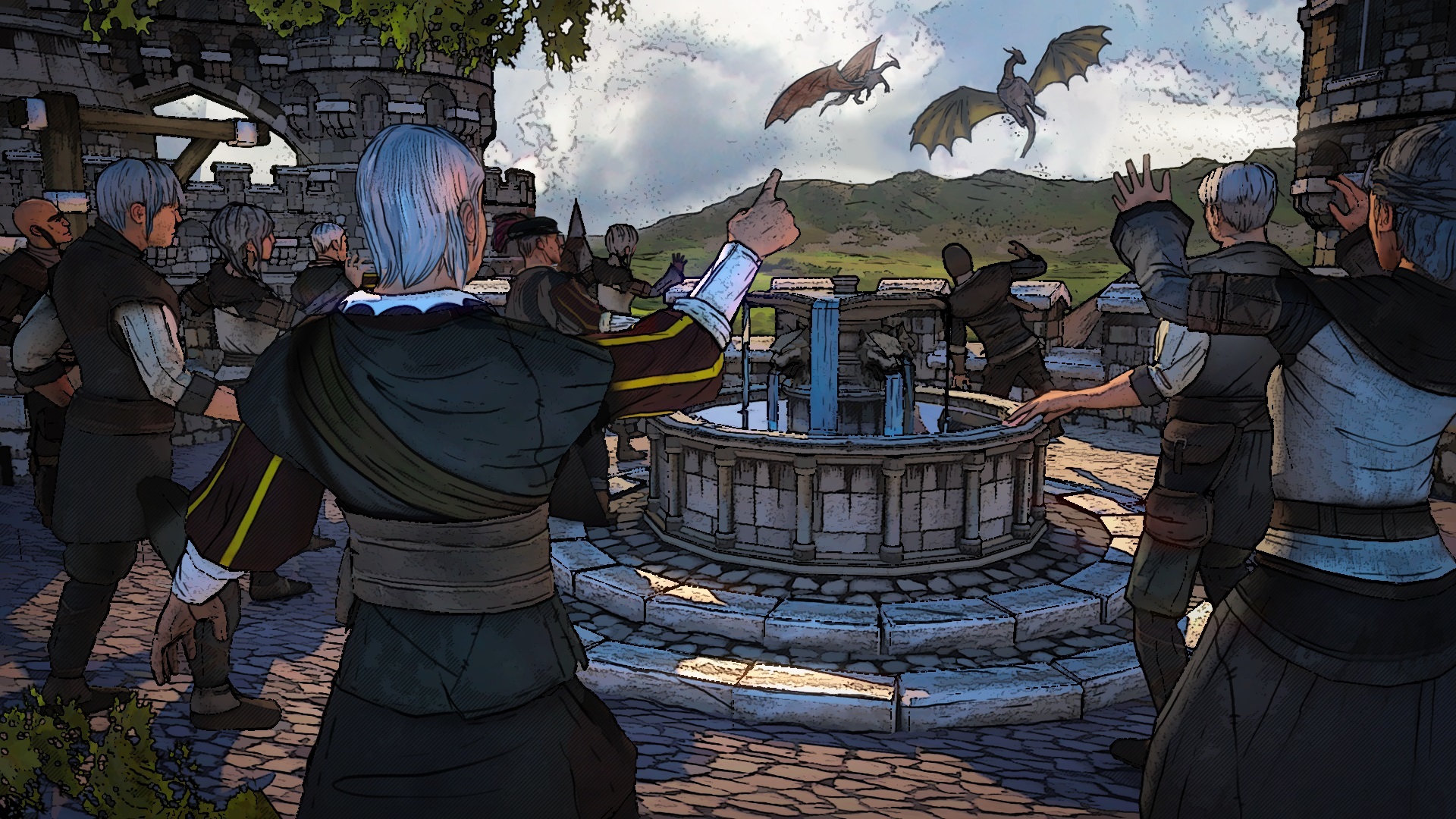 After becoming familiar with the source, one can add to it, creating quests, characters, and in-game items that complement the existing lore. Sometimes a pre-existing aspect of the world needs to be reworked to fit the in-game content. It’s fun to create the intricate details of a kingdom and how each noble house behaves, but we need to be careful what we create is reflected in the dialogues, the random barks a player can hear on the streets of a city, or when meeting face to face with a king. Everything needs to mesh together seamlessly.

Narrative Design is similar to writing a novel or a movie, the components are all there. Every narrative has to have its structure, highs and lows, and its relation and inspiration to human life as we know it. But game narratives add an extra layer to the job. As a game writer, you need to consider the core gameplay and game design with every line of dialogue you write. You need to verify if a game can do what you want it to do, can the engine handle these complications for the sake of a narrative? But also, does the dialogue complement the style of the game? How do you convey your information in third person, or in an isometric view? All these have a deep effect on how you write and what you write, because while you can get sucked into the world and let your imagination run wild, nothing of what you write will ever see the light of day if the game is not considered first. Another aspect of Narrative Design, once you look past your own imagination, is inspiration. The world of Plamen is one that takes the medieval style and combines it with magic and supernatural forces, leading to a lot of sources of inspiration when trying to create and expand these concepts into something original. One could look at old fantasy books or at the direction of similar games, but it’s important that these inspirations do not consume your product. You can be inspired by another game, like a concept, but at the end of the day, your world and story have to be your own creation and not depend completely on another.

Alternatively, a designer can look to real life for inspiration. When deciding on the names and traditions of races in the game, we looked to the different cultures of Earth for sources of inspiration. Irish festivals, Jewish holidays, and African dress are just a few examples of cultural aspects that can be studied for inspiration. Looking to Earth cultures for inspiration also has the added benefit of creating a sense of belonging in the characters of the different races, giving them some commonality in the world.
This commonality also applies to the religious structure of Alaloth. Looking at ancient mythologies and the Bible itself, one can see the natural progression of a creation story, a tale of a god, prophecy, and prayer. It’s only with great knowledge of the world that surrounds us that we can create new and exciting worlds just like Tolkien did for Lord of the Rings. 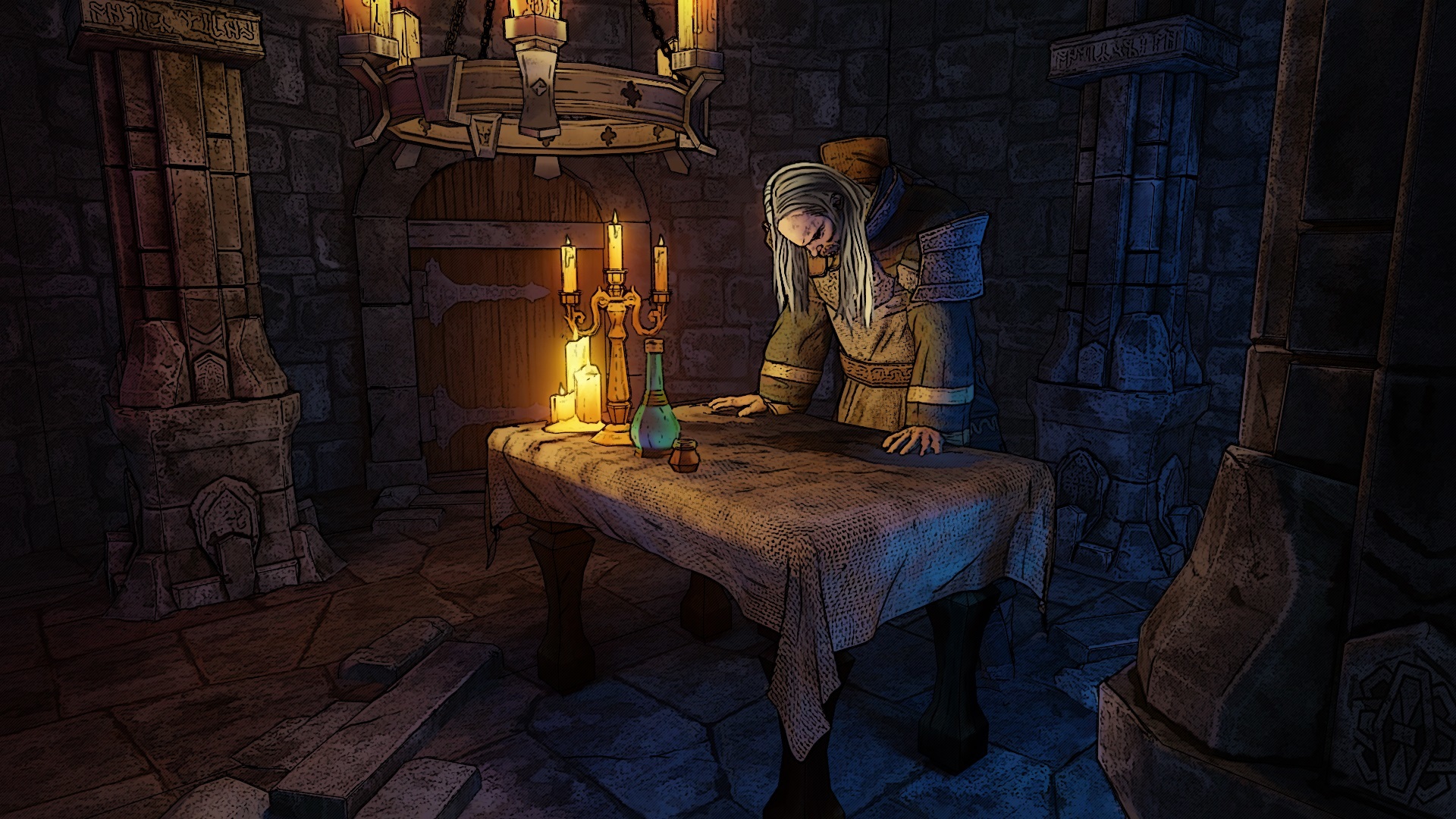 In Alaloth: Champions of the Four Kingdoms, we’ve strived to bring you an engaging world full of mystery, chaos, and challenges. That all seeps into the core of our narrative, from the quest at hand to defeat a fallen God, to the many characters you’ll encounter along the path to that goal. Each companion will offer a new perspective on the world, and each character has their own internal motive for you to discover. At the end of the day, we can only hope that you, the player, will fall in love with the cast of misfits we’ve assembled and the world we created for your enjoyment.