Major update to gameplay and combat! The Forest of Talandia is being corrupted and the Guardian Trees are its last hope. Protect the trees and save the forest. Will you be able to save the forest from corruption before it’s too late?!

After the vital but understandable feedback last week, we decided to make a significant pivot to our game concept. We dropped the initial idea of adding more classes and new enemies, in exchange for a bigger story related mechanic. In addition, this change would better leverage our existing classes and their respective mechanics to create a more engaging combat experience. 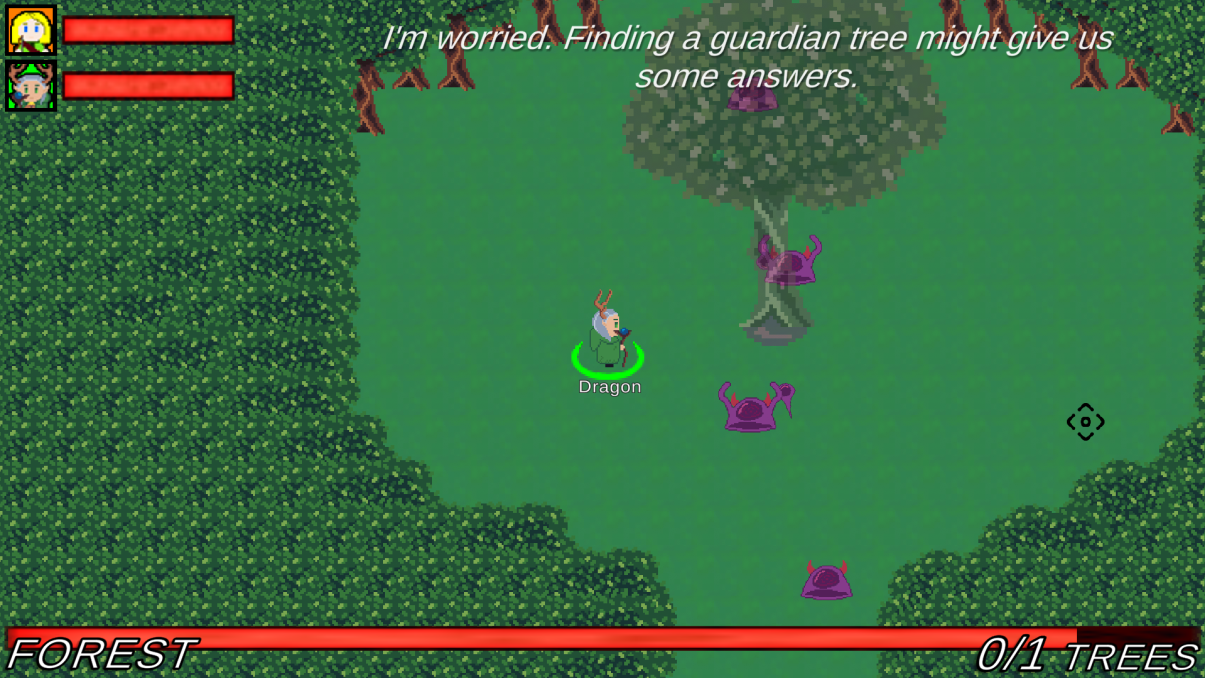 Based on player feedback, we modified the second area of the forest to be more dynamic. The map should now be significantly less linear and allow for more exploration on the player's part. Let us know if we managed to accomplish this objective.

There are now multiple paths to any given location on the map. Some paths longer and easier to traverse, some routes shorter and more dangerous. It is now in your hands to decide which way you want to go. But be careful, making the wrong decision could not only cost you precious time, but also your lives!

Multiple corruption points have been added throughout the game world where you and your team must defend the Guardian Trees as they recover. But it won't be so easy! The corruption sent in their strongest units to try to take the trees down. Even a single hit could drastically swing things in the favor of the corruption!

Be careful, the Druid noticed some cesspools of corruption blocking certain important paths throughout the forest! Going near them can't be a great idea...

Some players pointed out that enemies were too easy to run from and not unique or engaging enough. To try and remedy the situation, we made enemies more unique aesthetically and gameplay wise. Close range enemies will now rush at you at full speed and pack quite a punch. Conversely, ranged enemies now move slower and deal less damage.

Enemy AI has gotten a major overhaul! Enemies are now more dynamic with their targets and their approach. More improvements to follow next week.

Rejoice, you can now see the names of player's below their feet in game and in the character select lobby! No more guessing on who is who! 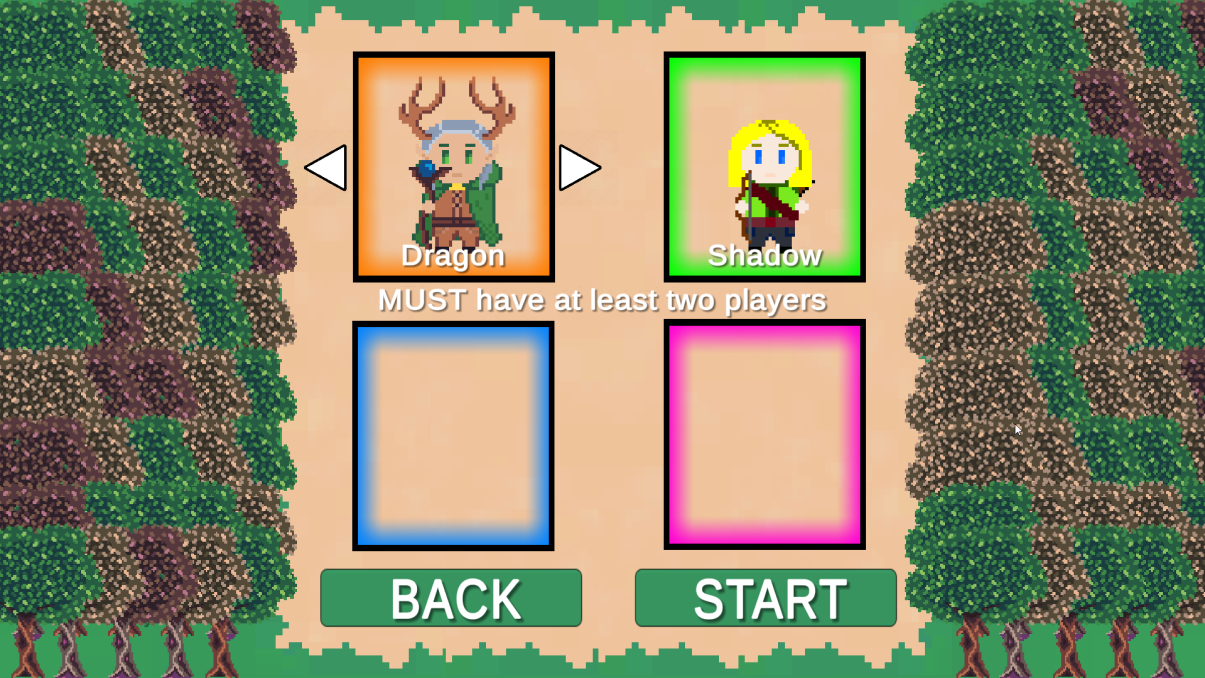 Additionally, it is now easier to find teammates across the map! Off screen indicators will now signal you to the whereabouts of fellow teammates who are out of view.

Combo ultimates are now easier to trigger than ever before! We noticed combo ultimates were not as easy to trigger as they should be and have implemented a few changes to remedy this. Let us know how the new system feels as we would like to continue improving it.

Player class sprites are now consistent across all clients! Previously, a backend race condition was preventing proper player class sync. This should now be fixed, but let us know if you notice any issues.

You asked for it, we added it, health regen numbers are now here! When you or any other player is healed a little number should pop up showing who was healed and for exactly how much. This should also make understanding the druid attack a bit easier.

Finally, we fixed other bugs ranging from visual to game breaking. Wow, is Photon fun or what?!

Our goal for next week is to polish up what we currently have. We plan on making significant visual, animation, and juice improvements. Maybe even add some more story elements.

Additionally, we want to add additional guidance to some of the more lacking sections of the game.

We want to further improve the enemy AI to be dynamic and interesting. We intend to have our AI overhaul (which was started this week) finished by the final version.

Depending on time, we plan on adding one final level to bring the story to a nice conclusion. This final level would up the current stakes and have the players make their final push to save the forest.

Finally, we plan on polishing the gameplay feel as much as possible by fine tuning game stats and moment to moment situations. Hopefully, by the end we have an super enjoyable experience.