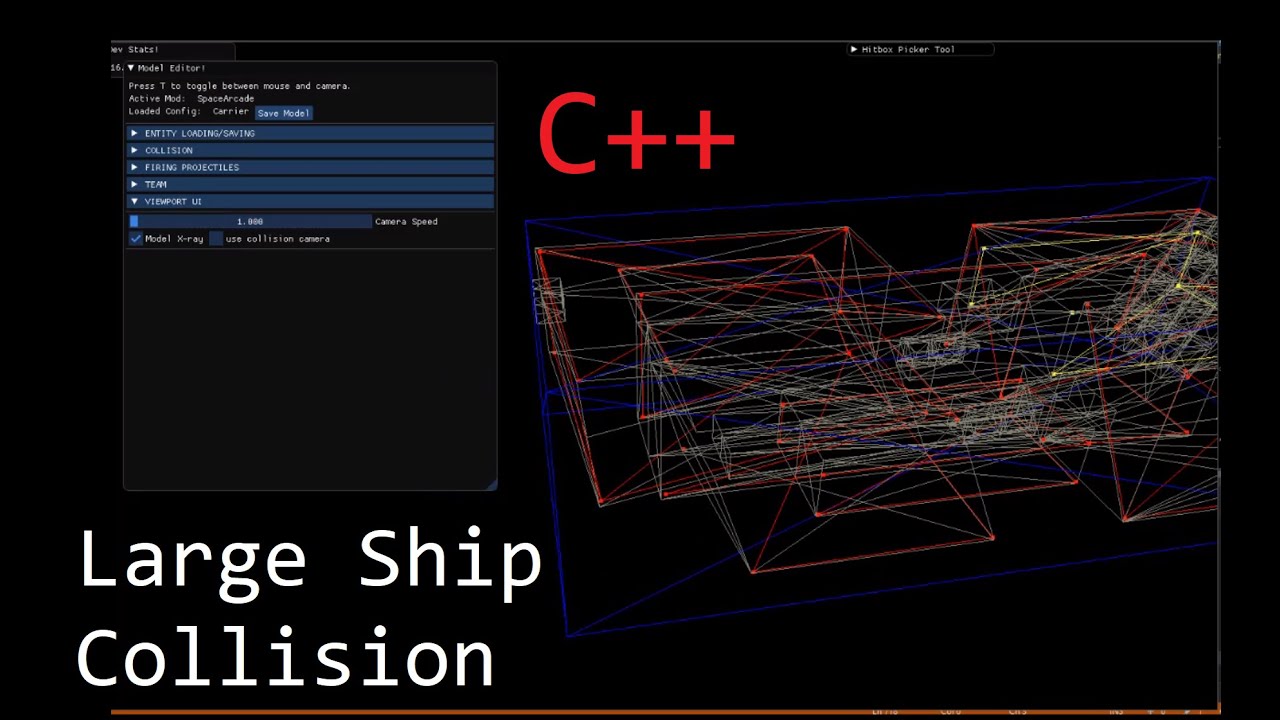 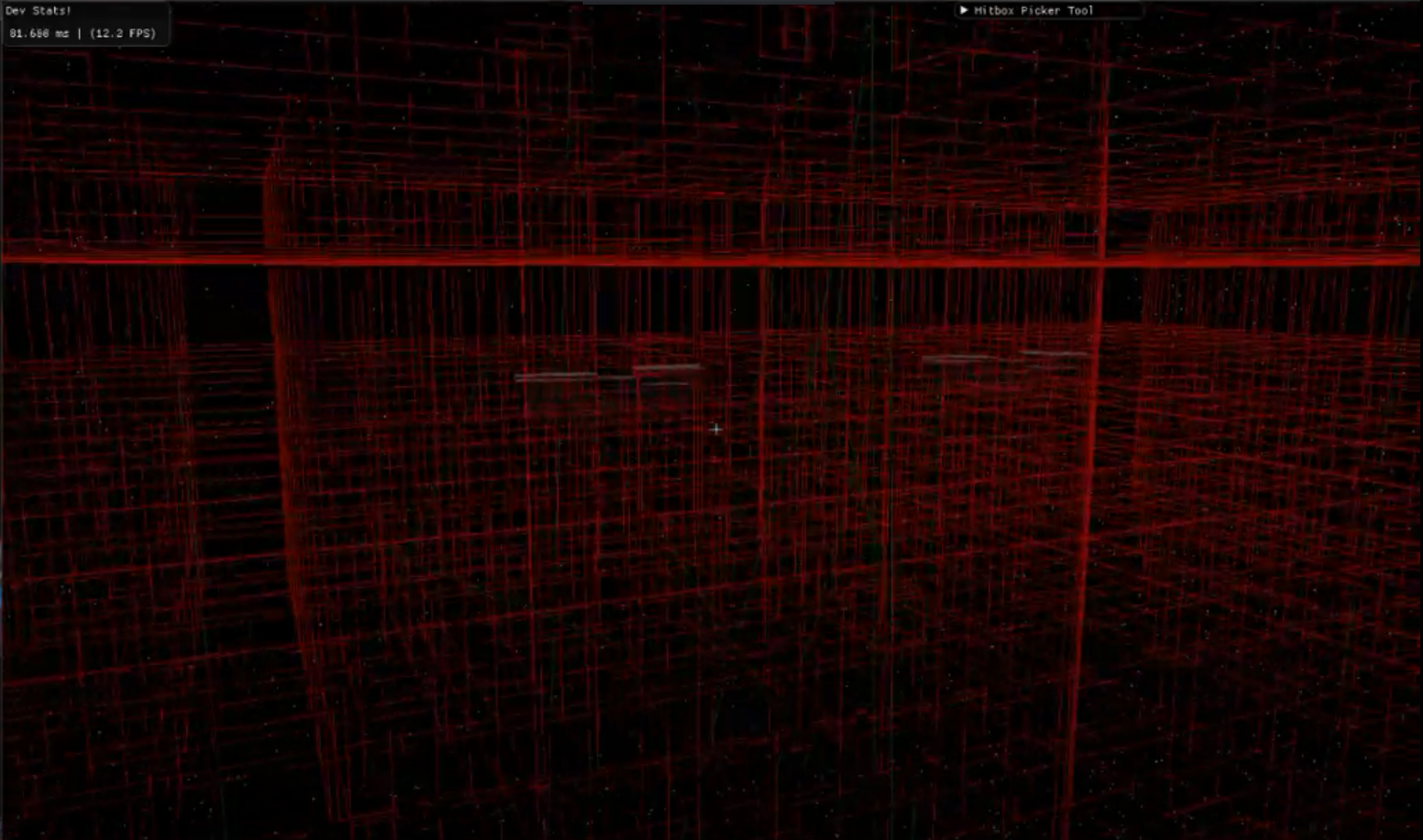 Adding hand-made collision to the large ships so that fighters cannot fly through them.
I tweaked the model editor so it can load in models to define collision shapes.
There now is an XRay mode that lets you see wireframe of the ship with colored rendering of collision shapes.

To debug collision in the editor, you can pilot a quaternion based camera that has a box collision shape attached to it; the camera can fly and collide with objects in the viewport.
Collision is done using Separating Axis Theorem (SAT).
The camera resolves collision by using the minimum translation vector returned from SAT to get the camera out of collision.

For the remainder of the video, I did incremental updates to show what dev on a from scratch project is really like.

First there was a bug with scaling, the ships were much smaller than their collision shapes suggested.
while fixing that, I got distracted with a color bug and fixed that, only to get hit by a shutdown crash. I decided to fix the shutdown crash later.

I then fixed the scaling bug, but still crashing every time I close the game.
The particles size were incorrect, so I would fix that before fixing the shutdown crash.
There were some performance issues, so I increased the spatial hash cell size so that the large ships take up fewer spatial hash grid cells.

Finally fixed shutdown crash, which was due to a special pointer I created called a lifetime pointer.
Essentially there was an edge case situation that didn't account for the global engine pointer being null during a shutdown.