Up until now, we have showed several tanks and their various components. However, this time we decided to show one particular type of component that can turn an otherwise mediocre machine into a deadly weapon – Gun Ammunition!

Up until now, we have showed several tanks and their various components. However, this update we decided to dedicate to one particular type of component that can turn an otherwise mediocre machine into a deadly weapon – Gun Ammunition!

In “Arms Trade Tycoon: Tanks” you will be able to research and equip your tank design with various types of ammunition. Different kinds of ammunition will be present in the game and it is up to you to decide what fits your tank best. Let us look at some of the shells available for Britain in WW1 period. 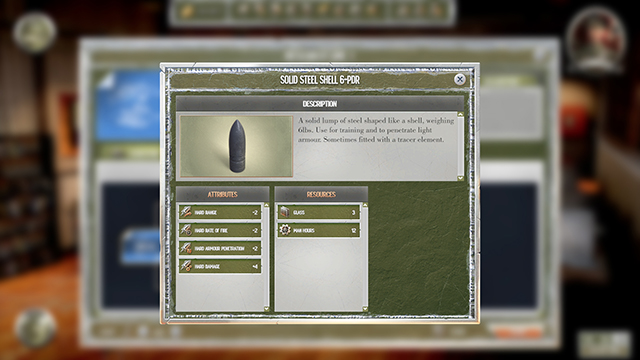 Early in the game your choice will be rather limited. One of the available types of ammunition is a Solid Shot – a solid lump of steel commonly used to fight light armoured opponents. Simple and readily available in numbers, this type of ammunition was used by tank crew throughout the great war. 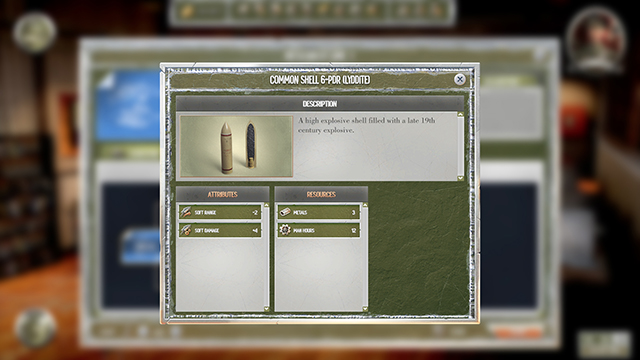 For other purposes, you can research and equip your tanks with a predecessor of HE shells - Common Shells armed with Lyddite. Common lyddite shells were usually painted yellow, with a red ring behind the nose to mark the fact that the shell had been filled.

Unfortunately, lyddite presented a major safety problem due to its reaction with metal bases. Therefore, on the eve of the World War I, Britain was already in the process of replacing Lyddite ammunition with a new type of explosive, Amatol. 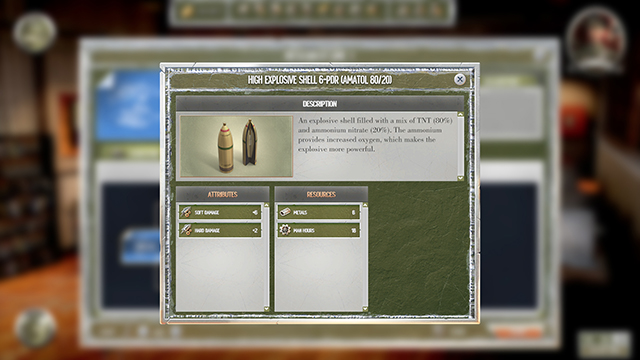 As a player, you can choose to follow Britain’s path and go for Amatol filled shells. Amatol was a cheap substitute for the otherwise expensive and difficult to produce TNT. This substance was a mixture of cheap ammonium nitrate and TNT that proved more powerful than pure TNT and was soon chosen as a preferred HE filling in World War I British ammunition. 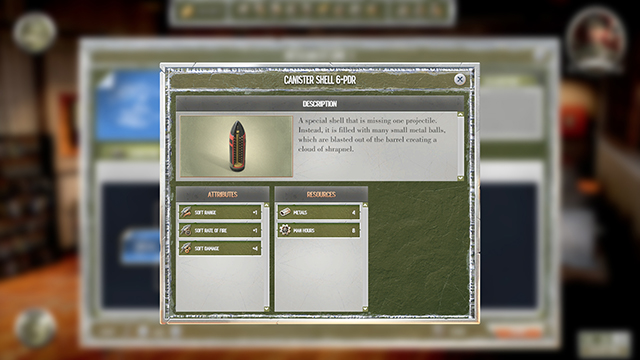 If you gear up for the trench warfare and a fight against enemy infantry, then you should consider including the canister shot. Canister is a very effective anti-personnel ammunition that has been in use since the advent of gunpowder-firing artillery.

This shell consists of a closed metal cylinder with multiple round metal balls. When fired, the canister disintegrates and its projectiles create a conical formation, causing a wide path of destruction and havoc in the enemy ranks. 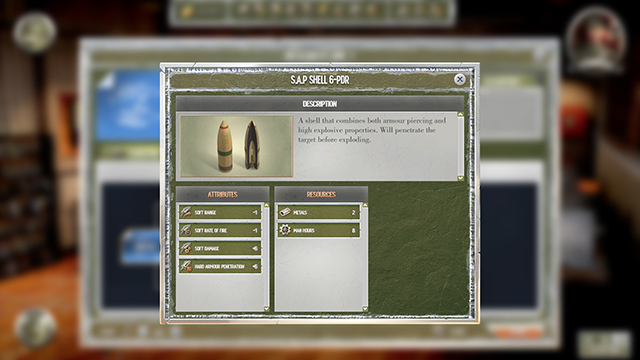 Finally, as the war progresses, your risk to meet with enemy armour will increase. It is better to prepare properly for those unavoidable encounters. Semi armour-piercing shells or (SAP) is the best your engineers can offer to you closer to the end of World War I.

Inspired by its naval cousins, these shells combine a heavy solid nose and a medium amount of explosive. This gives the SAP shell the capability to penetrate medium thickness of armour, steel superstructures and deliver a devastating blow to the enemy’s crew.