Introducing the landscape and lore of the Holy Nation! We'll be releasing our new world map in sections, starting with the first area in our next upcoming update (release date TBA). First up will be the homeland of the revamped Holy Nation, with added weather effects, brand new content and dialogue.

First up, here's a sneak peak into the lore of the Holy Nation...

We're not going to give away any secrets per se, but one of the reasons why we've put off sharing stuff so far is because we don't want to ruin the fun for everyone. Part of the fun of open world games, is exploring the world and it's stories for yourself. So on that note, beware of spoilers.

The religion of Okran was born from an ancient doctrine which told the story of Okran, a god who sacrificed itself to save the planet by splitting into two lifeforms: one of light and one of darkness. While many people in the world of Kenshi worship both gods, the Holy Nation worship only the god of light whom they believe prevailed over it's inner darkness (as each and every one of us should do). According to Holy Nation myth, Okran threw his dark counterpart (the temptress god, Narko) down into the abyss, the underworld of Kenshi. While Okran lives on the topside of the world, Narko is said to lie within the roots of the trees, hidden from light where she tempts and controls the unfaithful.

In Holy Nation territory, women are generally oppressed and used as society’s scapegoats. Other non-human races are treated with disdain and usually enslaved in the name of Okran. All in all, it’s a pretty racist and sexist place to live.

"Man was created in the human image of Okran, Lord Of Light;
Woman was created in the image of Narko, Demoness of Darkness.
Seek caution, children of Okran!
An impure race is an unholy one, they must be rebirthed to serve the cause of Okran, lest they join the cause of darkness.
An unrestrained woman is an idle one, she must be subdued, lest she seduce and tempt the purity of man into the darkness with her."

- Volume I, Scripture of Radiance by Phoenix I

The Holy Nation particularly hates the Skeleton race, a race they believe to be a threat to civilisation. In the Holy Nation’s mission to protect the world against them, all Skeletons and their sympathisers are destroyed and burned as heretics.

It’s to save the world though. So it’s totally okay.

- Volume III, Scripture of Radiance by Phoenix I

The Holy Lord Phoenix Himself (blessed be his name), Phoenix LXII. 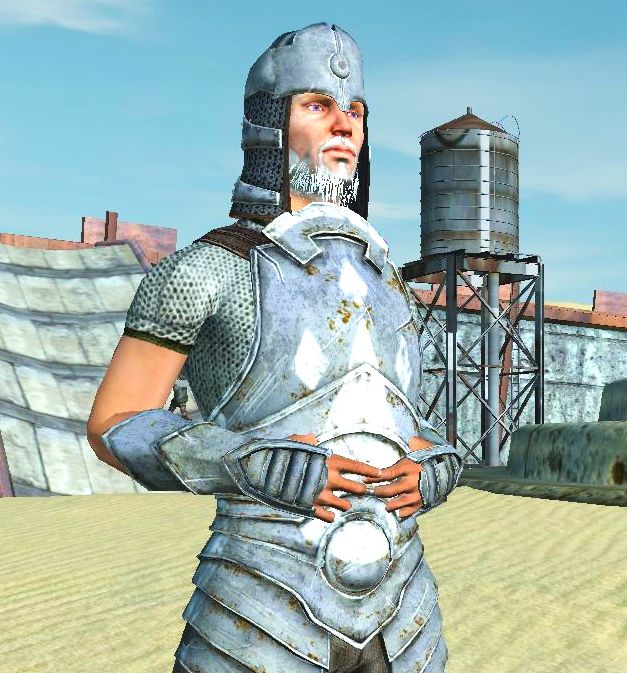 Phoenix LXII, blessed be his name, is the leader of the Holy Nation, the 62nd Phoenix in an ancient lineage of reincarnated Lawgivers. The Lawgiver is said to be the messenger of Okran, the chosen saviour who once unshackled men from a savage life to a holy purpose under the law of god. On Phoenix I’s deathbed he announced that he would be reborn again into the body of the next first born male, and his descendants have directly enforced ‘Okran’s will’ ever since.

In particular, the Holy Lord Phoenix LXII, blessed be his name, is one of the harshest in the line of the Phoenixes. Brought up and indoctrinated in isolation during the whole of his childhood, he was lumbered with the responsibility of judging his own family at the young age of 16. He sentenced them to be purged in the Divine Flame and has unrelentingly cast the judgement of Okran ever since.

In comparison with Kenshi's current placeholder map, our first area will be a little less... sandy. Oli’s still finishing populating the map with towns, farms and mine camps as well as scattered old, ruined building remains. Now that we have the code in place for it, larger buildings are being revamped to include more floors than previously. Just a couple of our finished outposts and remains: 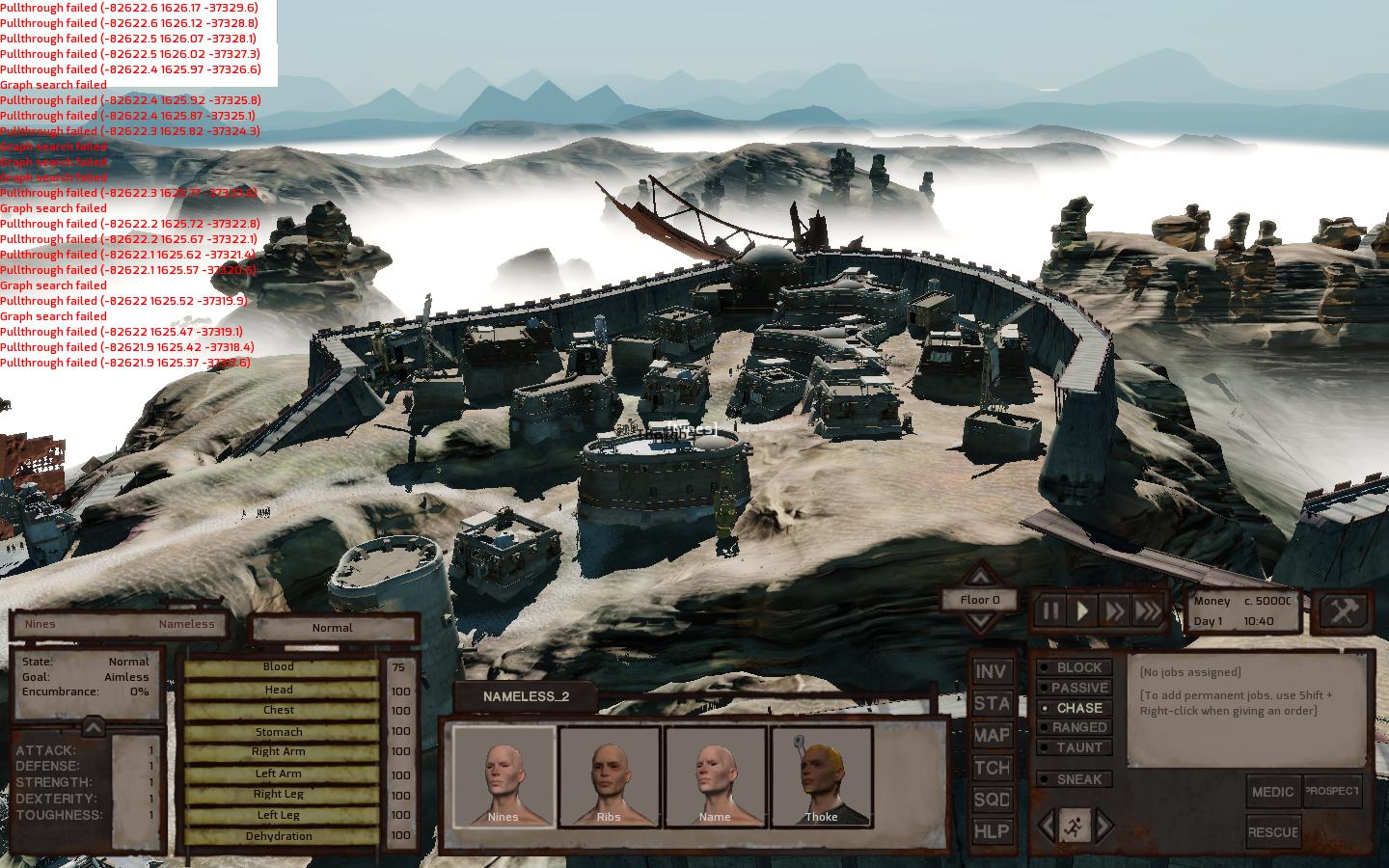 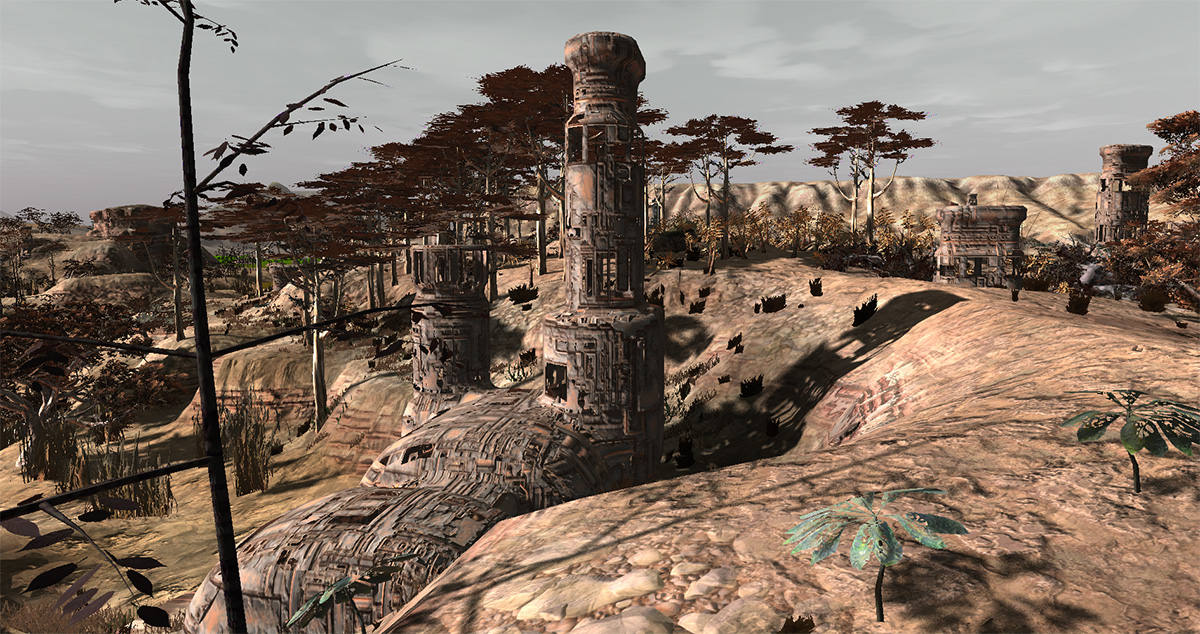 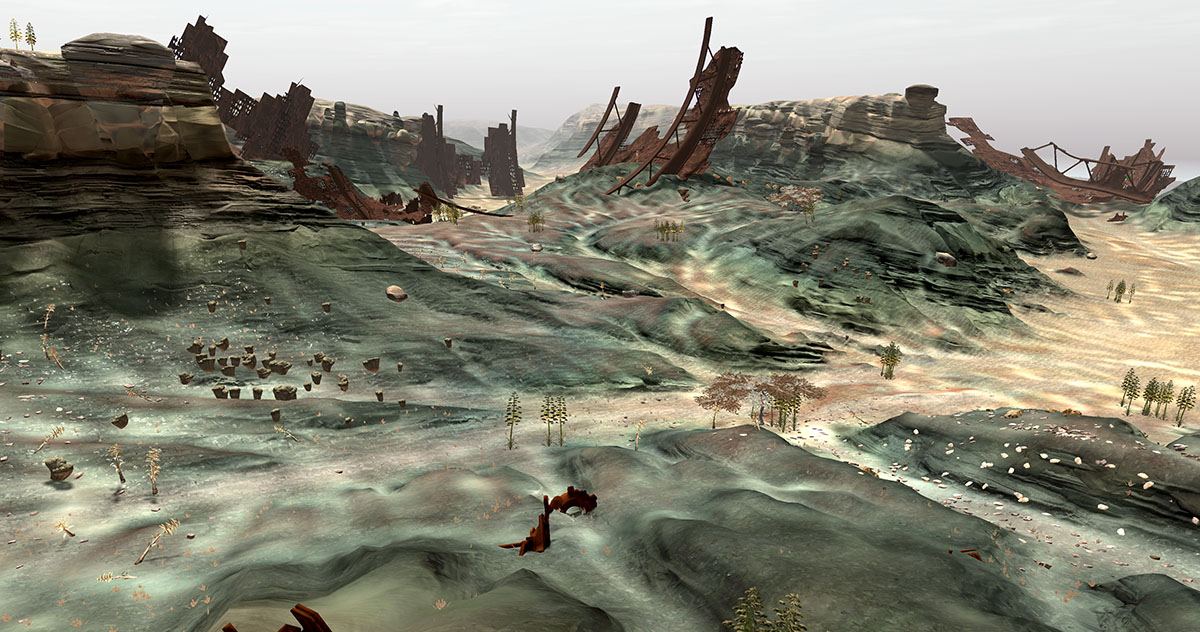 And we now have bridges: 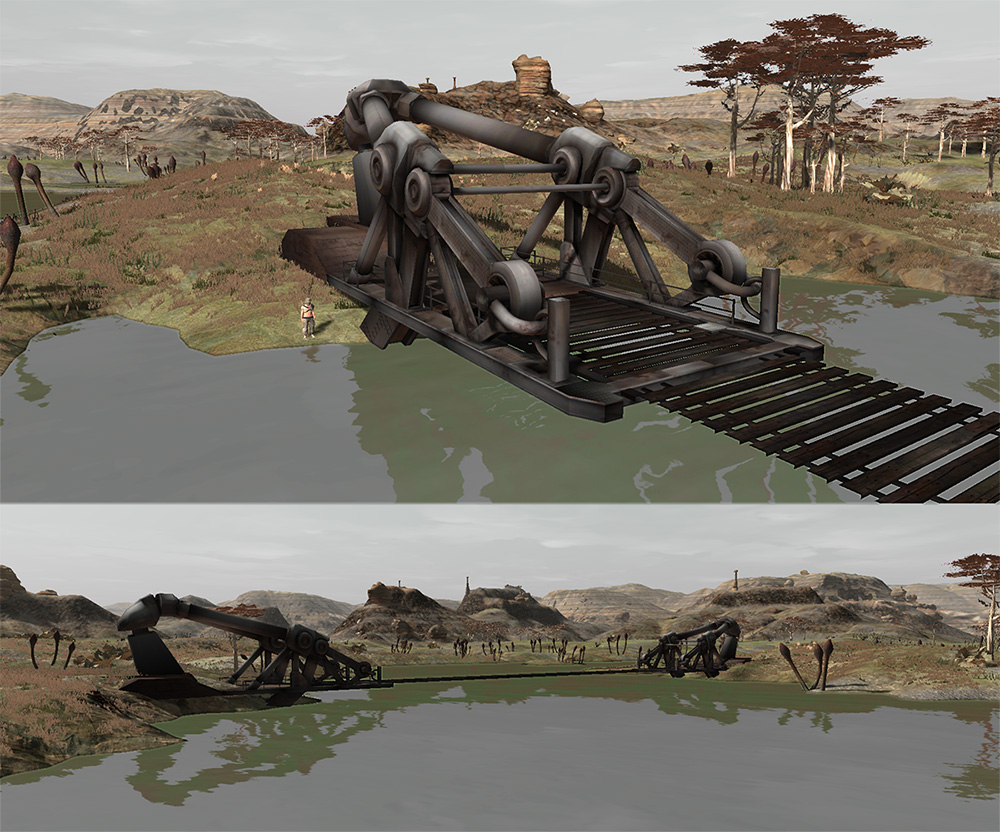 Next up, we’ll be working on some hill hut designs for native villages etc.

One of the hardest parts of world design is filling the land with enough content to keep things interesting. As well as towns and ancient remains, we’ve needed to add smaller detailed features like land textures and sprite plants. As well as adding the main stuff like towns and structures, Oli’s constantly adding new details and textures to the world… 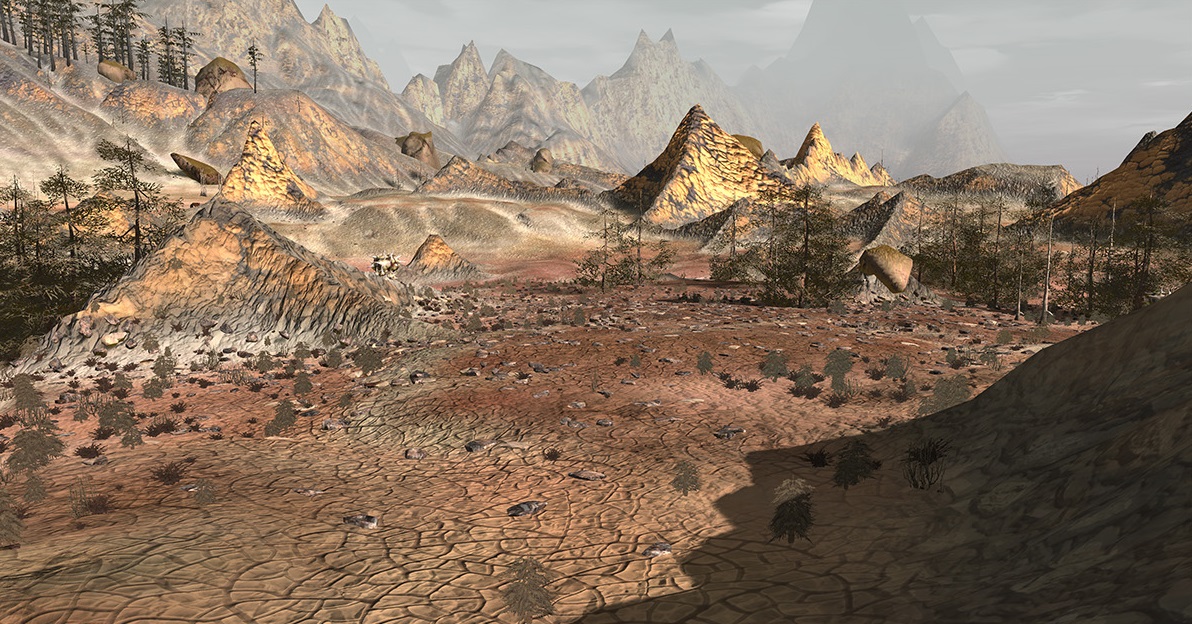 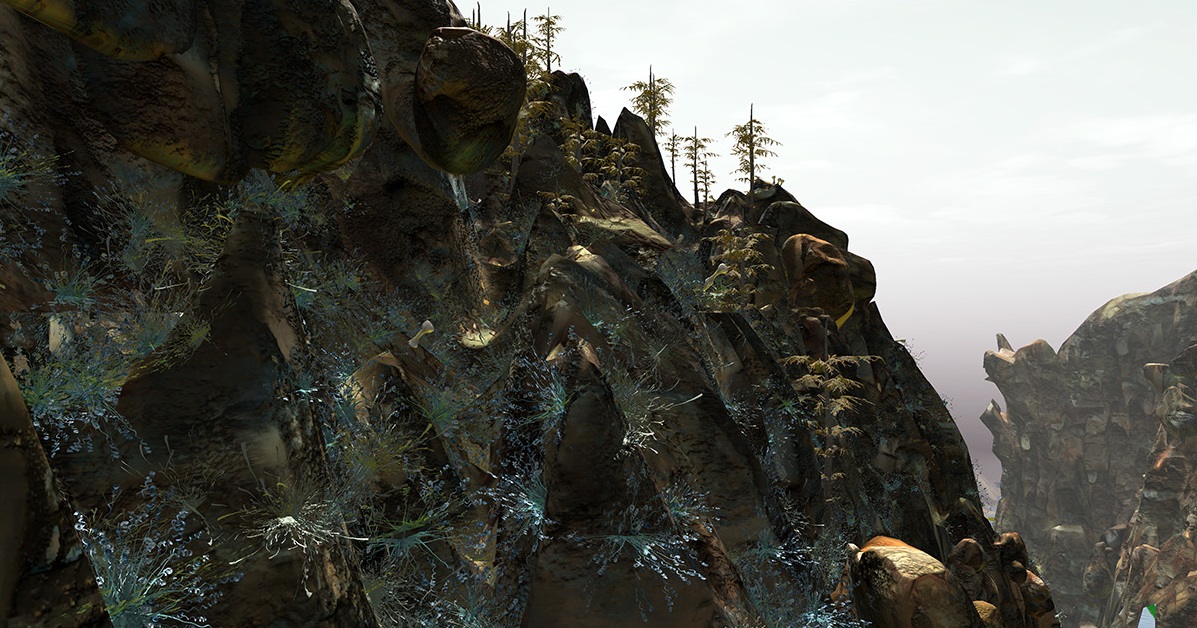 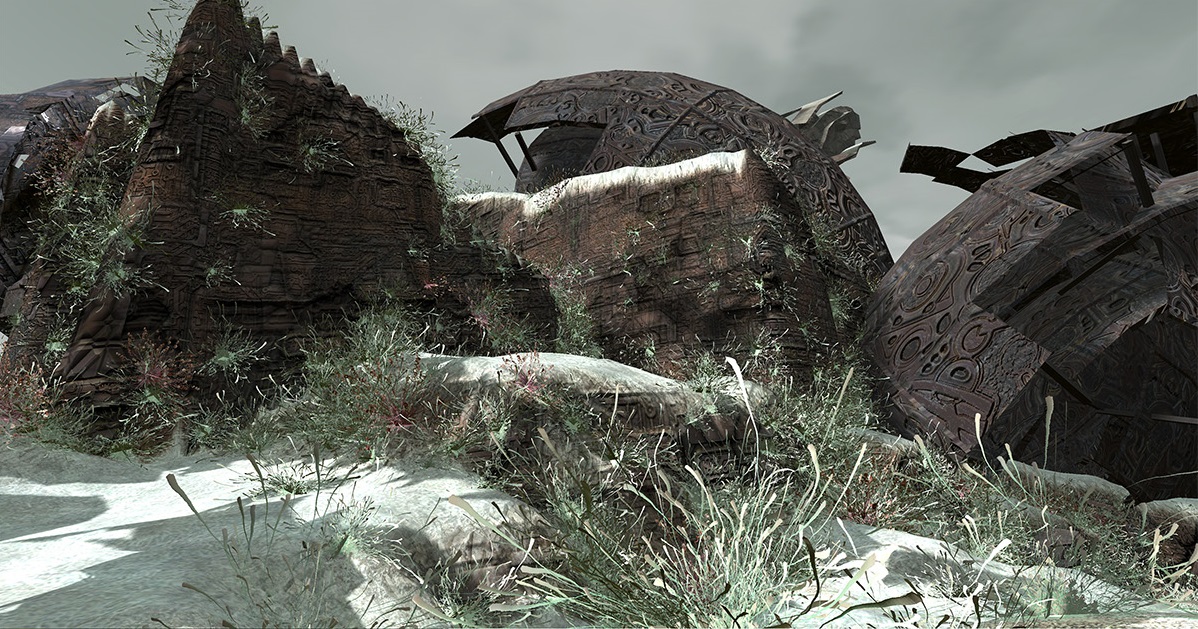 The first part of the new map will be released in our next update. ETA for this is still unknown.

Massive shout out to our volunteer, Gauthier, who has also helped massively with the Holy Nation and other lore of Kenshi :)

Awesome work brought this maybe ....hmmm 3 years ago? and I cant wait for this to be finished :D such an awesome concept and such a dedicated team its great!

you and quite a few others

The holy leaders beard is fantastic!

Woah! The landscape is beautiful!

Welp, I know who'll I'll be making jolly war with... once I scrape myself up and with a proper army! Awesome stuff! Keep up the work!