The most note-worthy thing this week other than continued work on the boss is the exchange of retro feels.

Before, we used to just have a scanline filter. It was literally just a 576*331 sprite of scanlines stretched to the screen. This wasn't inherently a bad thing, considering the game scales on a 1:1 ratio, there is no loss. But it did mean that if you're running a 4k monitor, your scanlines would be, lets do the math. To get the max scale amount for a 4k monitor, we'll take the 4k width divided by the games width, then round it down. So, 3840 / 576 = 6.66667, or 6 rounded down. So normally a scanline is one pixel, it would be 6 pixels big for a 4k monitor which doesn't look good.

But now with this new CRT shader, it both fixes that and adds curvature. This does, however, come with a slight GPU cost. But fret not! There is an option to turn it off. There is still a lot of work being done to the shader, so the screenshot of it right now is not at all representative of what it will look like. 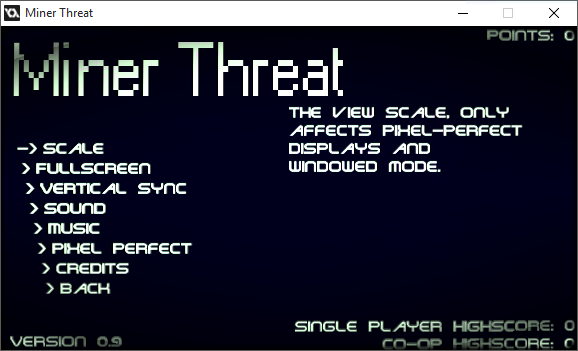 It's really bright currently because of a problem with the scanlines, but I'm working on it.

The next thing was of course the boss, but it's not done yet, and the sprites aren't implemented so I'm not about to show more engine shots, because it's my job to worry about that... But I can tell you that the boss isn't just going to big a big version of a normal enemy. Even though it is a king slime... But it's completely revamped slime, not just scaled up.

There is the intro because I don't know what to screenshot. I did turn off the shader for this.

The last major thing was that I implemented the thunder item that i forgot about 3 months ago, so it stuns enemies. I don't think I've shown the inventory in the game before, so you can also view it here.

So that's all for this week, remember to follow to get notifications of future news articles.