This week play styles were introduced. Play styles are more or less classes, but with slight differences.

Normally with classes, you have all different characters with different abilities and weapons. Miner Threat styles are just different stats and abilities. This means all the weapons in the game are compatible with every style. At time of writing, there are four: assault, juggernaut, scout, and normal. 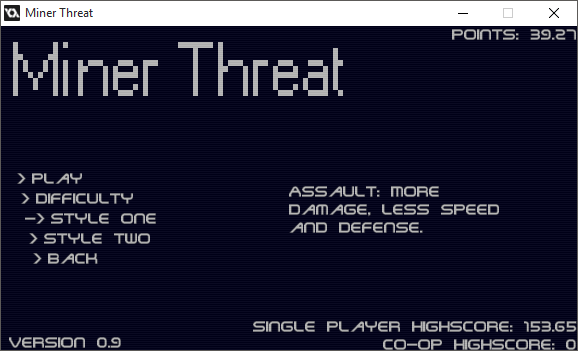 Another notable addition to the game is a basic pause screen. I might add onto it later, but more isn't really needed. Anyway, you can get to the pause screen with the standard ESC button. 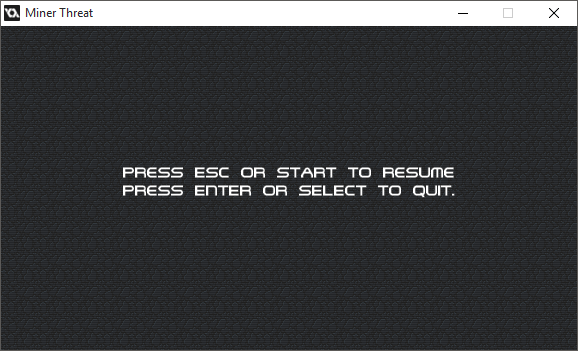 The game would also throw an error when you fell out of the world, now you just lose.

The two last major things done this week are performance and chunks. Yes, I added more chunks to the random dungeon generator to make it more random. I also made some inline adjustments ultimately making the release version of the game run better. (Like a 1 - 3 FPS boost.)

So I had a GIF I was going to use, but it was .5mb over the limit, so sorry bout that. If you want to view it, I.imgur.com is the place to be. Thanks for reading!