So nothing very interesting this week, BESIDES HATS. There has been work put in to make lots of hats and generally polish the game.

At this point in development, there won't be too much left to talk about. There is few things left to do. There is for one, add more stuff. But other than that, there is just a final cutscene, and endless mode. Neither of which will take too long. So since there is nothing major this time around, we'll be showing off some different minor kind of things.

If you're new to this blog, you should really catch up on the old ones before, since this blog has been going on since like August or something. I'm not really keeping track. ANYWAY, HATS 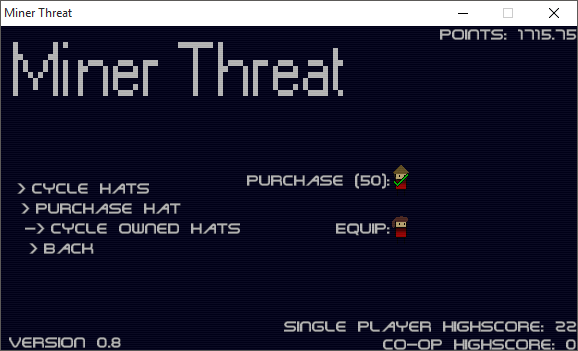 There's only two in that photo, but there's more. And yes, by request, a coonskin hat was added. 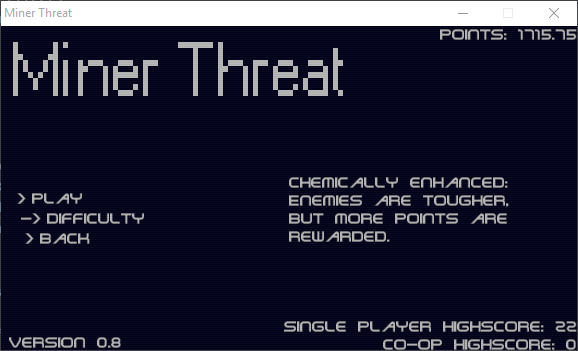 The last thing you will actually notice that happened this week is the addition of 'ghosts.' If you read the past few blogs, you'd know that the last few levels are just the ghosts of the enemies you've killed. Now, the ghosts do more damage, have less health, and are slightly transparent. 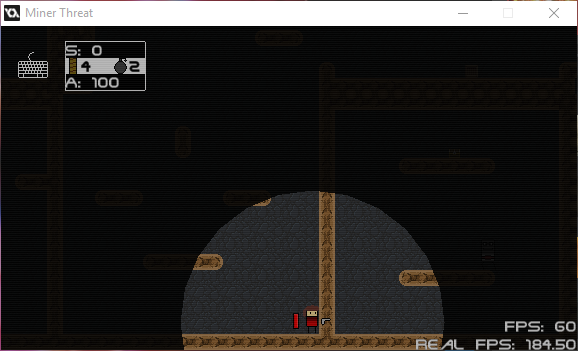