All about the combat style used in AE Heart, and the design process behind it.

AE Heart did not start out as a dungeon crawler. It didn't even start with that name. AE Heart started with a game I made back in college called Reign(which is available for download here: Telenontowers.com).

Reign was meant to be a fantasy kingdom builder where you, the king, could actually join in the action yourself and wander around in the game's world. I meant for the kingdom you created to be detailed enough that you could wander through it and get the sense that you were in a living fantasy town. The final version of Reign, while in my opinion being a decently fun little city sim, was missing those nice features, and wound up being far from what I had planned for it. 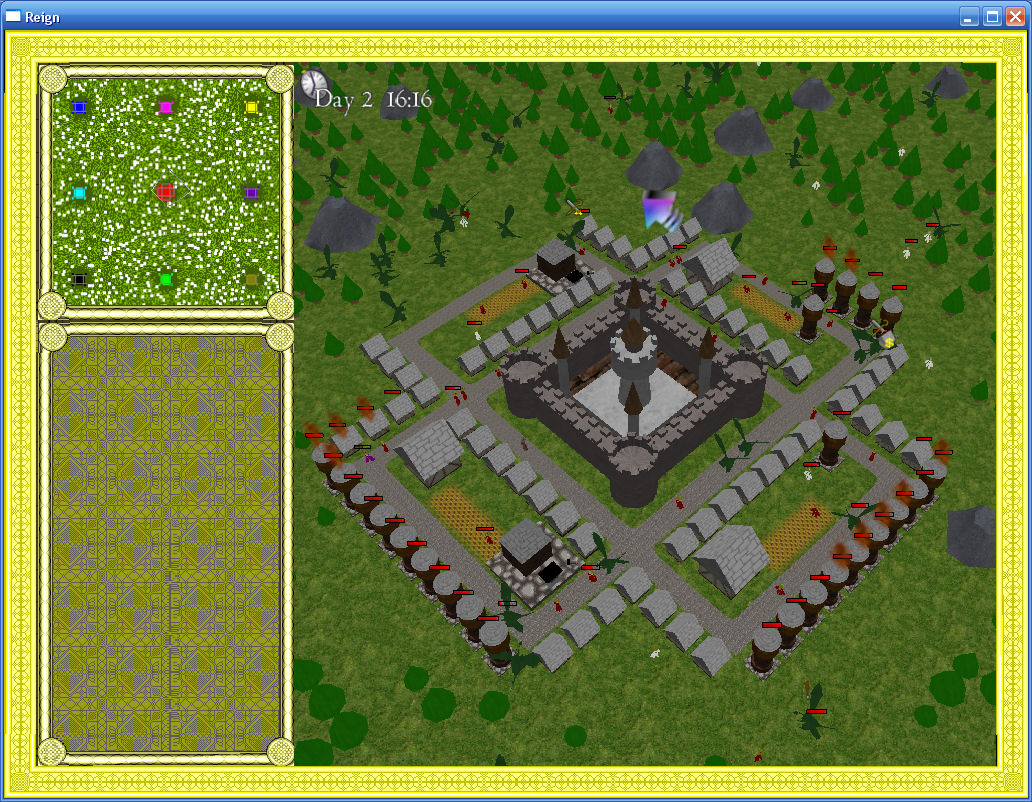 After toying with a few other ideas for games, I came back to the concept for Reign. I still loved the idea, but wanted to take a new approach. I started with a new voxel terrain engine so the world could be as easy to modify as possible. This concept game was moving along nicely, with lighting, voxel trees and flowing water, but there was one glaring issue: combat. The combat in this test game felt clunky and strange. I tried to mimic the combat in several of 3d action rpgs I loved, but everything came out feeling a little strange. It was never entirely clear how far enemies were from you, what each sword attack would hit was a bit unclear, and accurately using ranged attacks in third person was a chore. An auto targeting system helped to guide the player's attacks to nearby enemies, but seemed like it didn't offer the player enough control over their attacks. 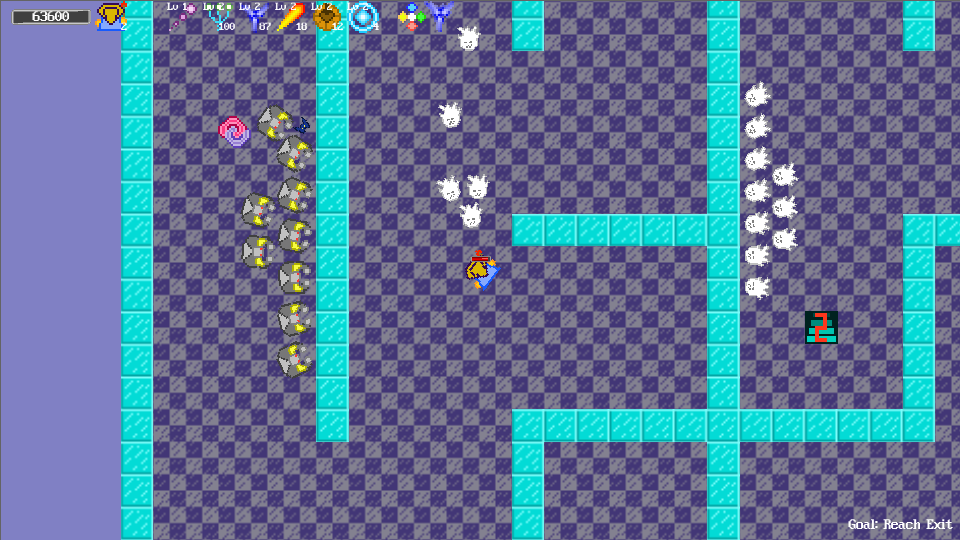 I took a break from this game to work on a mini-game for use with my graduate thesis(available here: Telenontowers.com). This consisted of a series of small games all based on top down shooters. Right away during the development of these games, I noticed that the combat was much closer to what I was looking for. Because of the top down view, it was always obvious exactly where each attack would land. Ranged attacks were targeted as simply as clicking on the spot you wanted to attack. Short range attacks were much easier to predict, since the player could effortlessly see how far away each enemy was. It was possible to send vast hordes of enemy at the player and have them comprehend each of them, react, fight back, and succeed. It reminded me how much I loved the DS Castlevania games and the old Zelda games, each of which had this level of accuracy and urgency in combat, and I decided I wanted to feature this kind of combat in my next game.

I still wanted a tile based game(I'm a sucker for grids), so I designed a brand new 2d tile based engine for the game. I wanted combat that felt like an action RPG, but also retained the sense of accuracy a top down shooter would provide. Different weapons, rather than just doing more or less damage, would provide different attack patterns, such as a sword attack sweeping out an arc, and a spear attack striking a line. Ranged spells could easily be aimed at whatever enemy the player pleased without the need for auto targeting of any kind, and upper level spells could offer a spray of projectiles or beam attacks. The variety of weapons I wanted to feature in the game fell neatly into place in this new scheme. 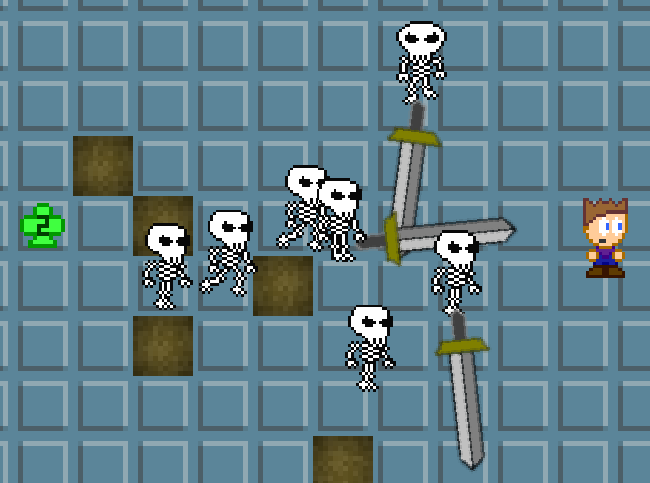 Each enemy was designed to have a very simple attack pattern, and each weapon with a very basic way of attacking, so that challenge could stem from quick tactical decisions and reflexes being used against hordes of enemies. Each enemy being simple meant that just by looking at all the enemies around you, you could get a good idea of what kind of a threat each one posed and how you should move to avoid danger. This allows combat against a large number of targets to be fun rather than frustrating, and surviving against them all can be quite a thrill. 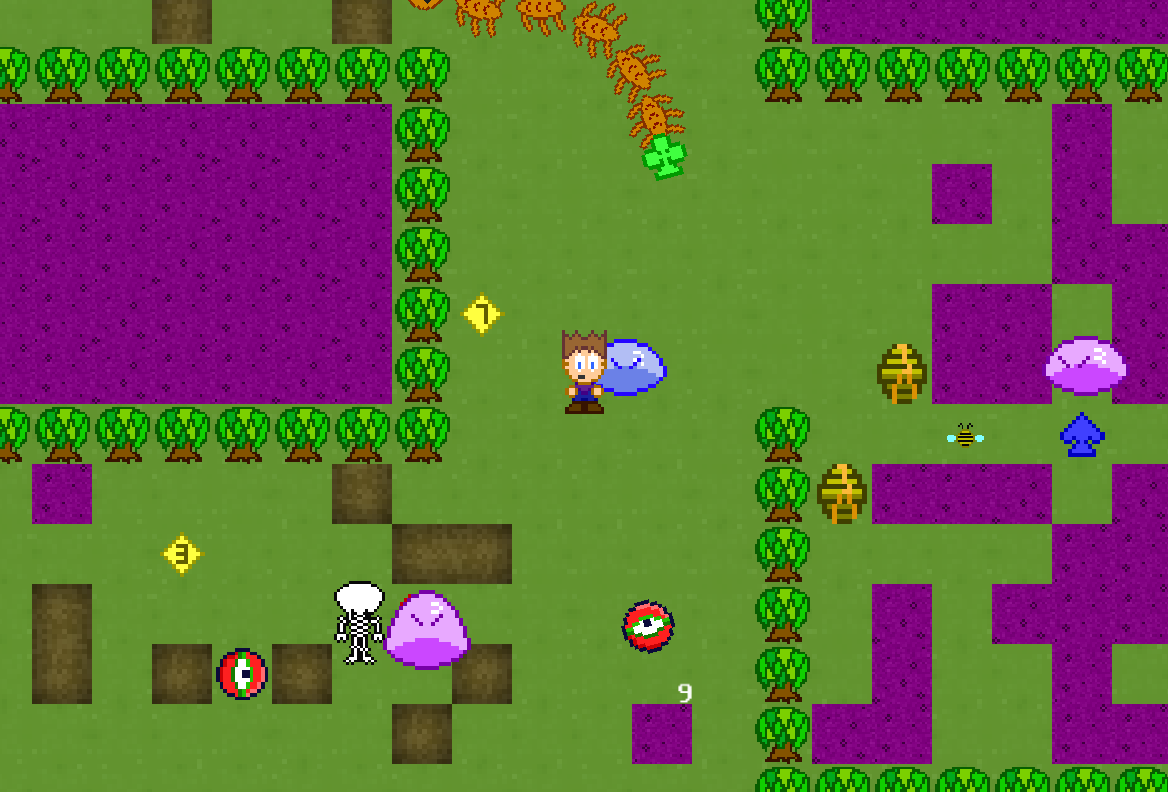 We think the combat in AE Heart turned out to be very fun, and we hope you agree when you get a chance to play it!