I discuss an upcoming free demo, the summer sale, and a number of new features including cooperative gameplay!

Read here about my upcoming demo, participation in the summer sale on Itch.io, upcoming cooperative gameplay, combat and movement upgrades, and puzzle direction.

I have been working on a free demo of Realm of Wretched Nightmares. In a way it is its own episode, because it's levels are unique (like valve did with the demo in the original Half-Life) It's a great representation of what the future episodes will be like; so, I'm glad to get something of this quality prepared for release.

Itch.io is running a summer sales event, like steam does; so I've put the game on sale for 66% off. Leaving it at the low price of $2.64. The version thats currently available is version 2. Version 3 has some massive upgrades and is coming very soon. The game is also available on GameJolt for $3.69. In the near future I'm going to be increasing the price. What you purchase here is also now a season pass instead of a single episode. As I release more episodes I will increase the price for those who have not purchased.

I've been working on implementing cooperative gameplay. We all love multiplayer and it's much more fun to experience things with our friends; especially horror... You don't go to a haunted house or a graveyard alone right? Along with this I've also been working on character selection. I'm wanting our players to send in some photos of themselves and we'll make them available as heroes in the game! 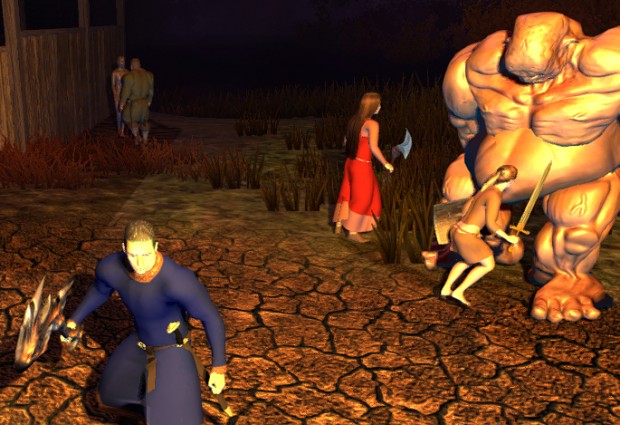 I've recently upgraded the movement and combat in the game. It's much more AAA now. It's going to allow for much greater battles and a lot more action. The player is able to run, sprint, crouch, jump, roll, block, attack, equip weapons and shields. They are also able to climb, which I am going to be implementing much more into the game as it gets further along. 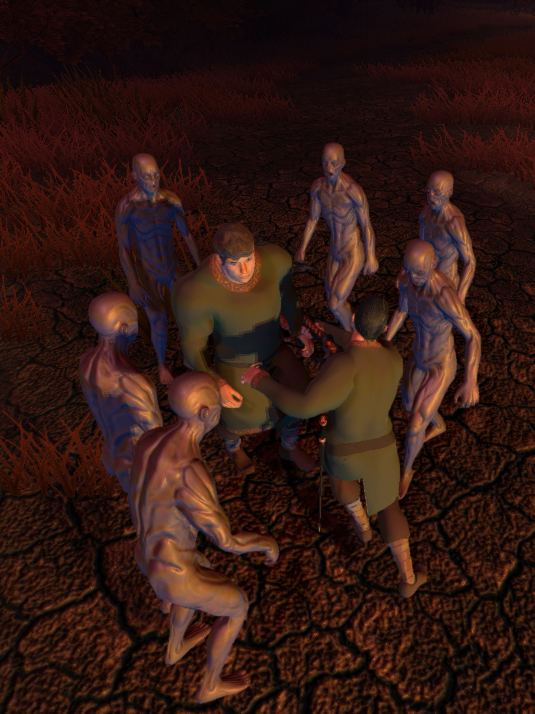 I've been working on various puzzles oriented around puzzles and movement. Puzzles that require skill and prowess. There is of course the typical key elements, but those are more oriented towards obtaining special weapons/items. The picture here is one of the final puzzles in the upcoming demo. A disgusting obstacle in the Realm of Wretched Nightmares.

Thanks for your interest in my project! Don't forget to check out the old trailer for version 3 if you haven't seen it yet:

A new trailer will be coming with the demo, because of the rapid increases in quality; even this trailer is dated already.

ITCH .IO says the purchase is just for EP1 .
I don't understand exactly how i get the season pass for being an early supporter.

So if i make the Itch purchase during summer sales i get the others epidodes in the future?

Yes you will get the first six episodes, which is season 1, i will change this right now. Thank you for bringing that up, I meant to do that already.