A major URRpdate on sentence and dialect generation with lots of new information, technical specifics, navigation and user interface, and more!

Posted by UltimaRatioRegum on Aug 16th, 2016

To make up for last week’s rather short entry, here’s a bit one. I’m pleased to report that a very pleasing volume of new stuff has been done this week, and things continue to look very exciting indeed. Read on!

At this point almost all the “default” conversation options are done! This means everything that you can ask every character, and also the class-specific questions (like “What are you guarding?”, “What nation do you represent?”, “How long have you ruled this nation?”, etc). This was a totally huge volume of work I’ve been putting together over the last fortnight and it’s great to see it all nearly done,. and it’ll certainly be all done by this time next week. Here are some examples of conversations with people from specific classes, in this case with a priest, guard, and diplomat: 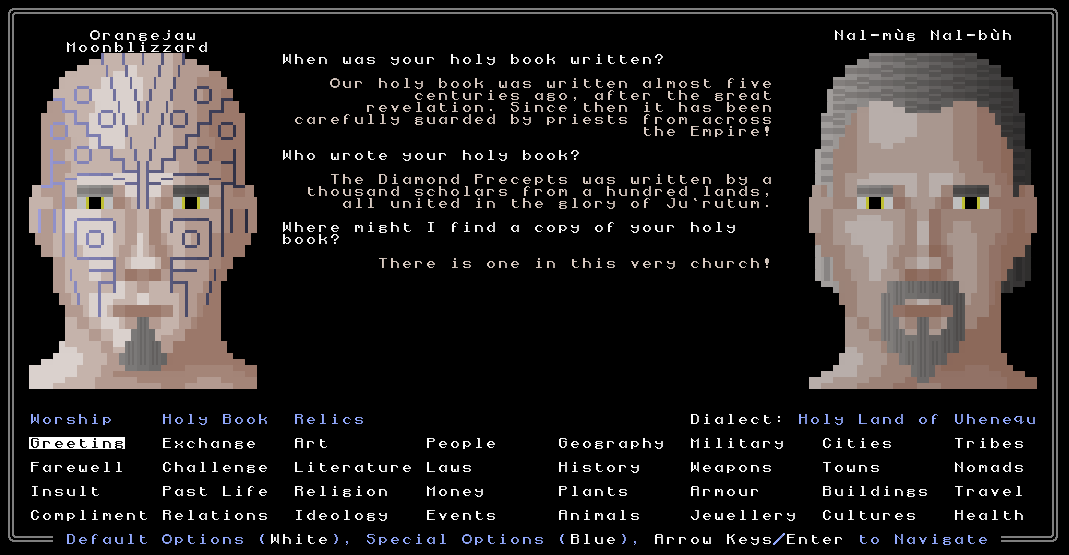 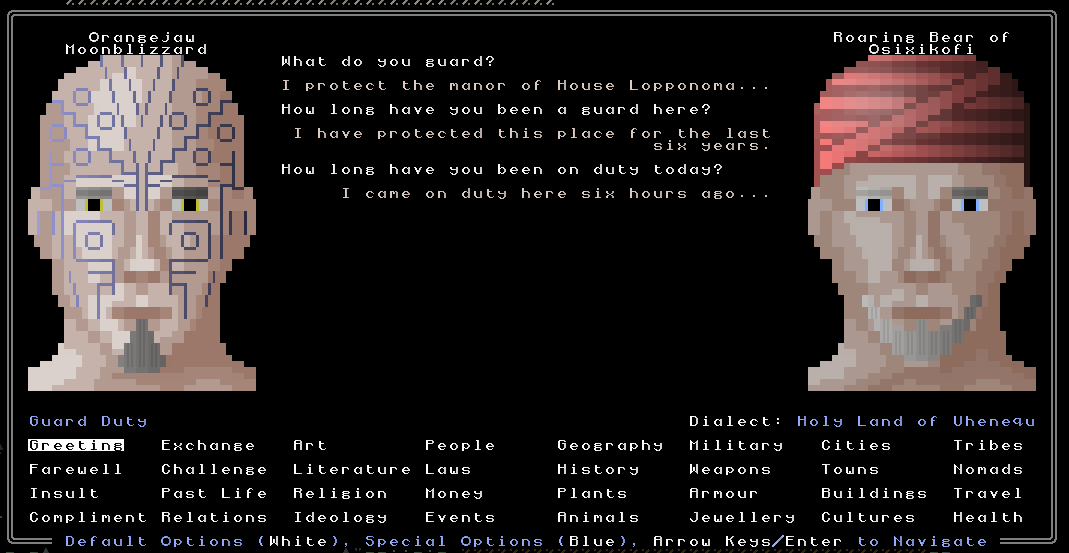 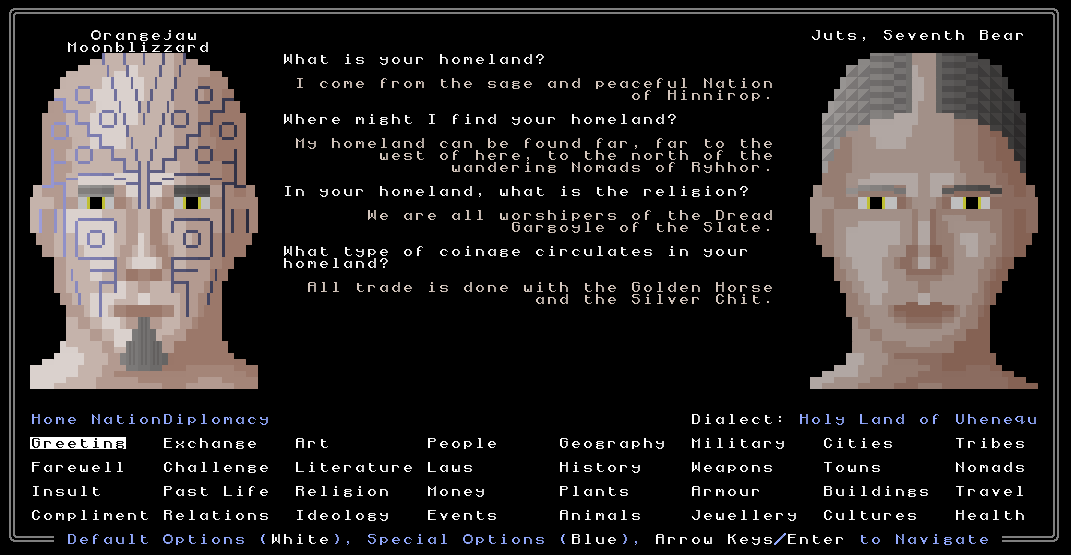 “Expansions” are what I’m calling bits of a sentence that certain NPCs will add to certain words in a sentence. For example, as we’ve seen rather than just saying “What is the greatest battle your nation has fought?”, someone from a particularly militaristic nation might be “What is the greatest battle, that glorious arena in which all are equal, that your nation has ever fought?”. Similarly, rather than asking “Are there any mountains nearby?”, someone from a particularly exploration-focused nation might ask something like “Any there any mountains, those peaks that inspire us to great deeds, nearby?”. Almost all of the expansions for the default conversation options are now in place, and wow, there are a truly huge number. There are close to a thousandexpansions I’ve written for various ideologies with various words, and much like everything else, the inclination of a person towards using expansions is contingent upon their sentence complexity value – a higher sentence complexity means more expansions. As a result of making conversations more human as we discussed a fortnight ago, these are now far rarer, but here are some examples from the generation system, which gathers all possible expansions for a certain word for every nation into one place, then if a random number is rolled that is lower than the nation’s sentence complexity, it selects an expansion for that nation for that term and stores it. Again, by this time next week these will be totally finished. 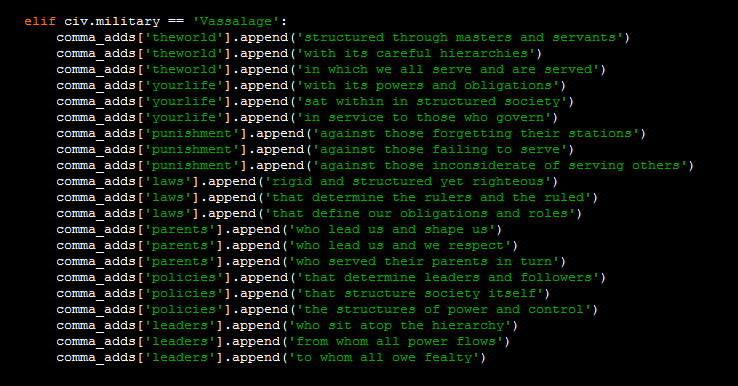 NPCs are now generated with four personality modifiers that will structure how they behave. These will now be explicitly visible, although they will be noticeable from the kinds of replies you get, and also in some cases I suspect I’ll get other NPCs to tell you about the personalities of other relevant NPCs.

These four metrics are being generated for each NPC, but I can’t say yet whether they’ll make it into the conversation system in 0.8 – I’m really trying to get an absolute core conversation system done, with the kind of scope and variation I want, and then release that. It’ll probably be in 0.9, but I thought it was worth drawing attention to these elements now, as more ways to vary the conversation experience.

(Though you’ll note just for testing purposes I asked the same question a lot, and they didn’t get bored – boredom still needs implementing!)

Next week I’ll be finishing off the final parts of the elements above, and I’ll be working on the non-default responses. This means answers which are negative, e.g. you ask “What size is your army” and the reply is “We have no army”, and also special answers, like “What do you think about [nation]” which doesn’t easily fit into a sentence structure where you just switch out words, as they’d express positive/neutral/negative feelings very differently, so these need more complex answers. See you all then!